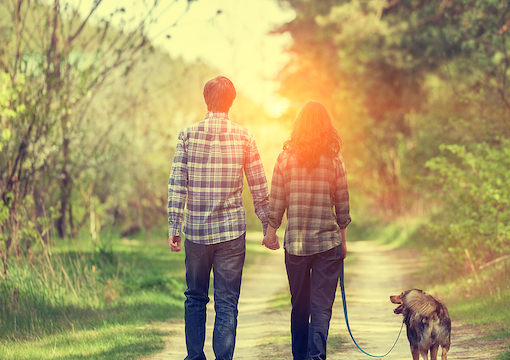 GSTAAD—After six and a half months apart, I had absolutely no trouble recognizing my wife. Out she came to the driveway to greet me as Charlie the horny driver brought a sleepy Greek boy home after a long flight from the Bagel. I pretended not to know her and embraced the maid instead, but it didn’t work. My son and two grandchildren added to the merriment as they played along when I asked them who was that lady who tried to kiss me. Here’s some advice to all you young whippersnappers: Women will forgive anything as long as you keep it light and make them laugh.

I’ve been in trouble with women throughout my long life. That’s because I like them so much I can’t keep my hands off them. By that I don’t mean inappropriate touching. I’ve never done that, it’s always been by invitation only. And the invites were aplenty when I was young, even after I got older. For some strange reason they are quite rare at the moment, but that’s because of the pandemic, or so those who owe me money tell me.

“Women will forgive anything as long as you keep it light and make them laugh.”

Never mind. Fresh from failing with Peyton—that was the real name of the lady I dubbed Peggy some columns ago because of her jealous and much older husband—I have never considered male monogamy to be a marriage enhancer. Monogamy for ladies only has kept thousands of marriages healthy and happy, at least in civilized Europe. America gets most things the wrong way round, including monogamy. Lying, I suppose, is essential if one wants to live graciously, but it’s not really lying, rather it’s the withholding of facts. Forty-nine years ago, when Alexandra and I began living together, she accused me of having an affair. I swore to her that it was strictly platonic, and that God strike me dead if it was not. As I said it I collapsed with a thud on the parquet floor. She did not fall for it but burst out laughing. It’s been a smooth ride ever since. Actually my wife decided early on that demanding the truth concerning fidelity leads to an unhealthy marriage, at least when hitched to a womanizer. The result has been that we’ve been extremely happy for 49 years. (Okay, Alexandra has thrown a few ashtrays at me at times, but she’s always missed beheading me.)

Candor is nowadays constantly misused as a status symbol. Admitting an affair, however, is for mean people as far as I’m concerned. Admissions hurt people, and only those who look like Jeff Bezos and need to advertise go around admitting. It used to be that when a man told a lover or a wife what he did with another it was called cruelty or kinkiness. Now it’s called sincerity. Invention, the withholding of information, even fabrication of fact, make the object of that deceit more comfortable. Which brings me to Matt Hancock.

I feel bad for his wife, who has acted with dignity and grace. (I used to trip the light fantastic with a Hoyer-Miller aunt of hers.) He, poor bastard, is a victim of technology. Back in my day the only cameras around belonged to Hollywood types and paparazzi, and one knew to stay away. But he cruelly left his wife and children, a real no-no, and that’s what makes him a baddie in my book. The rest is BS. The G-7 fraternization, the Wembley crowds, Wimbledon, the beach throngs, all make distancing rules a joke. But let’s return to the pros and cons of admitting an affair.

I think it was group therapy that encouraged the discussion of feelings and the importance of shared experiences. Needless to say, these meetings were invented in America. Mind you, I’d rather spend a day being quizzed by the Gestapo than take part in such a humiliating process. But that’s me. It has since then become a kind of demon principle that one should be open to everybody. The result has been a lot of broken relationships when, under the advice of some quack, reasonable people confessed to having been naughty. (The Roman Catholics, very sensibly, confess to someone they can’t see.)

The sexual liberation of the ’60s surprisingly did nothing to lessen the pain of jealousy. And to bring things up to date about fooling around, Melanie McDonagh’s piece in Sunday’s Telegraph about the subject of divorce in Westminster—“Ministers are surrounded by people telling them how brilliant they are”—hit the nail on the head, but also reminded us “that plain men are able to attract good-looking younger women given the benefit of power.” In other words, in real life ugliness plays a role. There are less chances of making whoopee and getting caught if you have no power and no money and look like Bezos. Ugly, powerless, and poor raises the chances to be good. Good-looking and well-off offers more opportunities to stray. It’s unfair, I know, but such is life.

America has become a jungle of screaming women and angry men. Everyone, it seems, is offended by something somebody said. Strictly unsolicited and tediously long-winded details of someone’s sex life can drive most people to drugs. In America, people spill the beans about their most intimate details even when not on drugs. Small talk was devised by the wise to escape such bores. Never admit, never bore, and everything will be hunky-dory, is my advice to the young and restless.