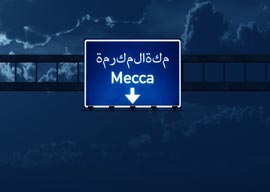 In his New York Times column “Checking Charlie Hebdo’s Privilege,” Ross Douthat took on the reigning orthodoxy about how we should only “punch up” at the more “privileged.” Ross rolled his eyes at liberal cartoonist Garry Trudeau for arguing that the poor Parisian caricaturists kind of had it coming for “punching downward” at Muslims, whom the Doonesbury nag defines as “a powerless, disenfranchised minority.” Trudeau intoned, “Ridiculing the non-privileged is almost never funny” (and, after all, who has more experience at being never funny than the Watergate Era comic strip icon?)

People sometimes give Ross a hard time for responding to the clueless proponents of the conventional wisdom with patience and his indoor voice. But he’s one of only a handful of pundits who can pull off slowly slipping the best new ideas (e.g., mine) into the corner of the Overton Window of what you are allowed to say in public without losing your job. Presumably, it’s a high-wire act for Douthat to push the envelope of what concepts he can air while still staying employed in these intolerant times.

“Or, to take a related example, the hundreds of white women recently raped by Pakistani gangs in England’s industrial north were theoretically higher on a ladder of privilege than their assailants. But the gangs” actual power over their victims was only enhanced by that notional ladder, because multicultural pieties were part of what induced the authorities to look the other way.”

But Ross gets tangled up in arguing over who is privileged or not, which can be endlessly fascinating, but isn”t terribly relevant to real justice rather than to “social” justice.

“Privilege is basically a form of property, and as John Locke pointed out, property is what makes a civilization rather than a Libyan war zone of Hobbesian anarchy.”

The argument over who is privileged is pretty much one that nobody sensible can win because the peas keep getting shifted under different shells. When the CEO of Apple bullies an Indiana pizza maker, Tim Cook gets to claim disprivilege for being gay.

One reason the dominant mindset is so effective at sidestepping criticism is that it’s hard to pin down in simple words the bigotry involved. It’s not just anti-white or anti-male or anti-heterosexual, or it can be any of those things or none of them. The key terms include:

And the most definite outcome of all these prejudices is that our world becomes ever more pro-billionaire, anti-middle class. In other words, the more we hear denunciations of privilege the more privileged the privileged become.

Funny how that works.

As one of my commenters, GW, notes:

The conservative response to Trudeau’s “punching up/punching down” rationalization is the reason the right is in trouble. We seem to be saying that Trudeau is wrong that Muslims can”t be criticized because they either do have power, or they at least wield power, or that it is tough to distinguish who does and doesn”t have power so they should be fair game. But none of this actually calls into question the merit of the liberal axiom regarding criticism of the powerful and the marginalized.

How real justice, rather than social justice, works is not that complicated: Cartoonists shouldn”t be slaughtered and adolescent girls shouldn”t be gang raped. Why not? Because murder and rape are wrong. We don”t need to debate whether the criminals are more or less privileged than their victims. It’s irrelevant.

When a person or group is criticized for a moral impropriety by another person or group, it matters not which party is in power. Unless hypocrisy is involved, the focus should be on the moral rightness of the act in question; by nearly every moral worldview (save Islam), brutal slaughter is much more egregious than offensive cartoons. By turning it into a question of power, Trudeau is directly appealing to Marxist presuppositions to hide his cowardice.

Indeed, it’s a duty of the privileged to criticize wrong views and punish bad behavior. It’s part of the old concept of noblesse oblige. As a great Jewish thinker of the 20th Century noted, “With great power there must also come “ great responsibility!”

It is natural for someone in power to instruct and reproach ones beneath him”a teacher to her student, a father to his child, an employer to his employee, a king to his thegn”if the lesser is acting against his moral duties. The response to Trudeau is to tell him to get lost”we”ll criticize who we damn well please if that party is acting in opposition to the good.