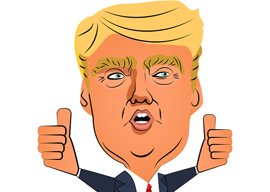 Is everyone still furious at God Emperor Trump for raining down 59 Tomahawks on Beaker? “Coulter warned that the Middle East is a quagmire.” Paul Joseph Watson is “officially OFF the Trump train,” and Peter Brimelow’s VDARE said, “Sixteen years after September 11 we”re Al-Qaeda’s air force.” These people are all smarter than me so I”m confused. What’s even more worrying is the people who support it. As Jim Goad (who also wasn”t very jazzed about the whole thing) pointed out, “Lily-livered Lindsey Graham and walking corpse John McCain praised Trump’s move. So did the endlessly punchable Bill Kristol. And Charles Schumer. And Nancy Pelosi.” Blech.

However, you can disagree with your peers and agree with your enemies when we”re talking about a board game that’s in 4-D. You can be an isolationist Trump supporter who hates meddling in the Middle East and still think this was a brilliant move. This wasn”t intervention. It was a fireworks display. We”re done. There will be no abdication of thrones nor any boots on the ground. Sure, U.N. ambassador Nikki Haley says Assad has to go, but the secretary of state said that “the first priority is the defeat of ISIS.” Secretary of state is a real job. The U.N. is Hollywood.

“You can be an isolationist Trump supporter who hates meddling in the Middle East and still think this was a brilliant move.”

This is a huge part my compatriots seem to be missing. The Middle East is all about theatrics. Palestinians stage so many pretend attacks they call it “Pallywood.” There are false flags all over the place, from fake car-bomb attacks to the entire country listening to a 7-year-old refugee girl in Aleppo who tells us, “Condemnation doesn”t save lives but actions do.” It’s entirely possible the gas attack never happened. I don”t really care. What matters is that the world thinks it happened, and that means we need to react. That’s all it was”a reaction. Only half our missiles even hit their target. The Russians had already left and Syria managed to get all their personnel out too. We just blowed up a bunch of shit and it “blowed up real good.” It was a checkmate move on five different chessboards that took out the following opponents.

(1) WOMEN
Thanks to a totally irrelevant joke made on a bus over a decade ago, women don”t like Trump. They”re not great at perspective and some asshole gave them the right to vote so we need to be very careful about optics. We were going to photograph Trump at Ryan Gosling’s house playing with puppies, but after pictures of dying children went viral, we needed something more serious. So “we lit up their world like the Fourth of July,” as Toby Keith would say. This shows women that America is in charge and we will keep the world’s children safe. Deep down, all they really want is a patriarchy.

(2) OBAMA
Few outside the political nerdosphere remember Obama’s line in the sand and how humiliating it was. In 2012, he said he was avoiding conflict in Syria but was drawing “a red line in the sand” at chemical weapons. Within months, it was reported Assad had killed 1,500 people using chemical weapons and Obama did nothing. Trump’s missiles are a series of middle fingers to Obama’s cowardice and dishonesty. While the former president took months, even years, to carry out his promises, Trump just says, “Hold my beer” and does it. Obama’s legacy was the only death on April 6, 2017.

(3) RUSSIA
While the left calls evidence of the Obama administration spying on Trump “phony,” they treat rumors Russia hacked our election as fact. This pesky accusation has been buzzing around Trump’s victory since before he won, and it was taking some of the glory out of his fair-and-square win. Mike Cernovich has already proved the rumors were false. He showed that Susan Rice was listening to Trump’s every phone call and we know, if there was any collusion, she would have screamed it at the top of her lungs. However, this is logical and solid. Most people avoid such things. So we needed to punch Russia in the face. Not only does this move prove he’s not in bed with Putin, it proves he’s not a fag.