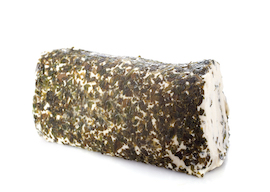 Chekhov says somewhere—I think it must be in one of his letters to young ladies with literary ambitions—that a writer can, or at least should be able to, write a story about an ashtray.

Actually, this might be less difficult than might at first appear. If you imagine an ashtray to have eyes, ears, and consciousness, it would probably have witnessed a great deal in its lifetime, especially drunken quarrels. I have known ashtrays used as instruments of murder or attempted murder. In the days when almost everyone smoked, ashtrays would also have witnessed many a historical event. A fortunately placed ashtray might, if it could write its memoirs, give us an unprecedentedly intimate portrait of, say, Churchill or Stalin. An ashtray’s-eye view of events would not be without historiographical importance or usefulness.

When my wife brought me breakfast in bed the other day—I start to write as soon as I wake, to take advantage of the hour or so of full alertness that I am granted each day, before the veil of tiredness again descends—she told me that we had run out of butter and she had brought me Boursin instead. Boursin, for the uninitiated, is a soft cheese with garlic and herbs that I, along with millions of others, like a great deal.

The thought suddenly came to me—I cannot explain where from, or how, or why—that I should try to prove that Chekhov was right. I would try to write if not a story, at least an article, about Boursin rather than an ashtray.

I picked up the familiar little square box in which the cheese comes, in a round portion wrapped in strong foil. On the top were written the words Boursin so good? Discover why! See the bottom [of the box].

“Presumably there is a whole cadre of people enquiring into vital matters such as one’s preferred flavored spreadable cheese.”

Naturally, I had given the matter no thought until then. I regarded the existence of Boursin as a fact of nature, as it were. Like any hunter-gatherer, if I wanted more, all I had to do was go to the right place (the supermarket) and gather some more. It would always be there. True, the nearest supermarket is half an hour away, but I daresay hunter-gatherers had to spend at least that much time to accumulate a sufficiency of nuts and berries, or whatever it is that they ate. And as far as the question is concerned of why Boursin is called Boursin, the answer is obvious: If it weren’t called Boursin, it wouldn’t be Boursin. As someone in Chekhov says, “A pig’s a pig, you know. It’s not called a pig for nothing.”

Well, I learned something from the back of the box. Did you know? asked the heading of a little paragraph—to which the answer was obviously “No.”

In 1961, François Boursin developed his first recipe for cheese with garlic and herbs in Normandy.

Further research deepened my knowledge (slightly) of the history of Boursin. The inventor—or was it discoverer?—of Boursin (the cheese) was a professional cheesemaker who observed that the peasants of Normandy added garlic and herbs to their fromage frais, a kind of bland cream cheese, to give it flavor. He experimented with recipes and found the right one.

I couldn’t help thinking of the way in which Edward Jenner allegedly discovered the protective effects of cowpox in preventing smallpox, observing that milkmaids who had had cowpox never contracted smallpox. (I pass over the true history of Jenner’s discovery, which to this day is a matter of controversy on several levels. Did Jenner steal, unacknowledged, the idea of a local farmer called Jesty? Was it really cowpox or horsepox? Whatever the answer, I doubt that such controversy will affect the history of Boursin, but you never know.)

Discovering a recipe, however good, and marketing a product worldwide on an industrial scale are not of course the same thing. In France, Boursin was assisted by a brilliant advertising slogan: “Du pain, du vin, du Boursin”—bread, wine, and Boursin. This was not so much a shot as a slogan, whose effects were soon heard around the world.

Naturally, Boursin, the developer of the cheese, was bought out by Unilever, the giant company that makes anything and everything. Unilever then sold the brand for more than $400 million on to Bel. Monsieur Bel was also a cheesemaker, who, in 1921, developed his own brand of processed Gruyère, La Vache qui rit (the cow who laughs). It was a phenomenal success.

The idea of a laughing cow is itself interesting, however. Do cows have a sense of humor? And if they did, would they find it funny that their calves are taken from them soon after birth so that they will go on producing milk day after day without its ever reaching its biologically intended destination? I am reminded of the life-size plastic pig outside my butcher, who seems so happy that its kind are ground into saucisson and other delicacies. By means such as this we disguise reality from ourselves.

On the back of the box of Boursin was another statement, after a little eulogy to the good ingredients of the cheese:

It surely is for all these that you have chosen France’s favourite brand!

A study completed from the 15th to 18th May, 2018…from a representative sample of 1000 French people of 18 years or over, in the category of flavoured spreadable cheese.

Presumably there is a whole cadre of people enquiring into vital matters such as one’s preferred flavored spreadable cheese. In an age of fake news, and fake fake news (and so on ad infinitum), a claim that Boursin is France’s favorite spreadable cheese must be scientifically proven before it can either be made or accepted.

Alas, space does not permit me to analyze further all the interesting lessons to be learned from a box of Boursin. Indeed, with a little imaginative discursiveness, a whole book could be written about it. Chekhov was right.