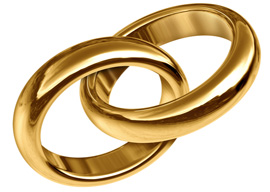 What do the government’s Equal Marriage Consultation 2012, the article “Same-sex marriage is a true Tory principle,” and the letter signed by 19 senior Tories launching their Freedom to Marry campaign have in common?

Answer: Not once in any of these documents are the words “child” or “children” mentioned. The “conservative” website also manages to neglect to mention the terms “father,” “mother,” “parent,” and “family” (here resembling the current French draft legislation for same-sex marriage where the terms “pere“ and “mere“ are consigned to oblivion).

One of the letter’s signatories, Matthew Parris, called earlier this year for the deletion of word “marriage” from legal language. (He has apparently come around to the view that marriage is so sacred it must not be abolished, but open to all.)

Redefining fundamental terms such as marriage and excluding from consideration vulnerable persons designated by other words (e.g., “child”) in the name of “equality” or “choice” is usually associated with totalitarians, revolutionaries, and abortionists.

“Marriage exists because some sexual acts between a man and a woman can produce biologically related offspring.”

When the consultation document came out, many people noted this extraordinary omission (presumably after they got over their surprise that the proposal had never been so much as mentioned in the coalition parties” manifestos or in their postelection Coalition Agreement).

The assumption running throughout the documents is that marriage is only for couples”and not at all about raising the next generation and providing children with a committed mother and father.

Marriage is a pre-political institution. It comes before the state, and neither state nor church has the moral right to seek to redefine this basic natural institution.

Marriage exists because some sexual acts between a man and a woman can produce biologically related offspring. As an institution marriage is aimed at procreating and at educating children, even if this “fertile structure” does not always have a “fertile result.” Sexual fidelity is necessary not only because love, loyalty, and support are good things for any friendship, but because strict fidelity is necessary for fulfilling marriage’s specific nature for the procreation, protection, and maturation of children.

Sexual fidelity among homosexuals, even those in long-term relationships, is comparatively rare, and some conservative supporters of same-sex marriage such as Andrew Sullivan claim a “gay conception” of fidelity (i.e., tolerance of sexual encounters outside marriage) is something that can help heterosexuals improve their own marriages.

To denature marriage is to remove the idea that a child has a natural right to know and be cared by his/her biological parents. The unique relationship of marriage will no longer be especially recognized or honored as two (or more?) men or two women or some combination will be able to “marry.” In this way the vertical nature of marriage and familial relations is replaced with a horizontal “couple” (or group?) conception. If children are involved at all in these relationships, it may well be because the couple has intentionally created a rupture of the child’s biological ties even before the child’s deliberate conception via a sperm or ovum donor and/or surrogate mother. Supporters of gay marriage deny the meaning of those ties. Adult sexual rights therefore trump the rights and needs of children.