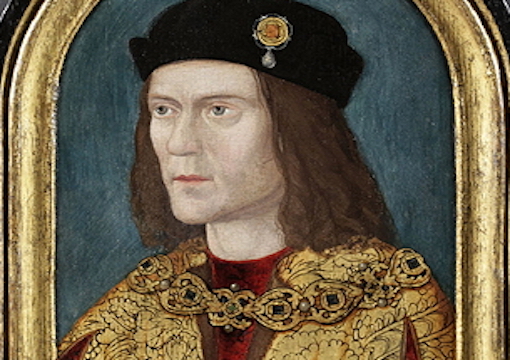 If racists are those who obsessively see human life through the lens of race, there are few more racist organizations than the Arts Council of England. According to the Guardian newspaper, itself thoroughly racist according to the above definition, the Arts Council is threatening to cut off subsidies to arts organizations in which ethnic minorities and the disabled are underrepresented by comparison with their proportion in the general population.

Now, it is certainly true that there is no better way to produce exceedingly bad art than state subsidy, irrespective of the race or other category of human beings who produce it and receive reward for doing so; but let us for the sake of argument overlook this important principle. I think that in any case we can take it as read.

Human beings can be categorized in an almost infinite number of ways. People who share certain characteristics are these days often called a “community,” though they may never have met and if they were to do so would detest one another. It is inevitable that, among the almost infinite variety of characteristics that people display, only a few such characteristics can be selected for special political dispensation.

Among these characteristics is race. Along with the denial that race is a valid—or real—category at all goes an obsessive sifting of the entrails of the demographic representation by race in institutions, the assumption being that any deviation from complete statistical alignment can be the result only of racial bias, conspiracy, prejudice, or privilege.

On this logic, overrepresentation is as unjust as underrepresentation; hence the phenomenon of left-wing or socialist anti-Semitism should surprise no one. In all Western societies, Jews have been overrepresented in science, the arts, and the higher reaches of commerce, and since—according to the premises of left-wing thought—present political, social, and economic arrangements are deeply unjust, it follows that those groups that have done unusually well in that society are the beneficiaries of some skulduggery or other. It is not enough, therefore, that some should be raised up; it is necessary for others to be pulled down.

“The constant sifting of the demographic entrails is essentially totalitarian.”

In an open society, identifiable groups that were once despised can quickly ascend the social and economic scale, though not all do so. No society is without prejudices both for and against various groups, but many societies, at least nowadays, are without laws that enforce those prejudices and make their expression obligatory. It is unpleasant to be the object of prejudice, but it is not fatal to social advance and, within limits, may even stimulate determination to succeed.

Everywhere the Chinese have settled, for example, they have done disproportionately well. This is not because there has been no prejudice against them; on the contrary, it has often been virulent and has sometimes resulted in violence. When the Sikhs arrived in numbers in Britain, there was considerable prejudice against them, but they nevertheless succeeded within a generation to become one of the richest groups in the country, and if prejudice still exists against them, it has greatly declined. There are some fields in which Sikhs are still not prominent, professional soccer for example, but even the professional dowsers of racism, who use a kind of mental twig to detect the existence of subterranean sources of racism, do not allege that football clubs have a systematic bias or prejudice against Sikhs.

The constant sifting of the demographic entrails is essentially totalitarian. It allows for no spontaneity in society, and precisely because human beings are infinitely categorizable, the political and bureaucratic entrepreneurs who do the sifting will always have employment and never be redundant. They will always find new inequalities to legislate for, new fields to interfere in, and new people to accuse.

The weaselly nature of the whole enterprise is illustrated by the Arts Council’s simulated shock and horror that only 6 percent of those working in the fields of the arts “identify” as disabled, whereas 22 percent of the working population as a whole do so. Note that it talks of identification as disabled, rather than as being disabled.

To identify as disabled, there is no objective correlative necessary, for everyone is an authority on his own feelings (which is not to say that he cannot lie about them). There are self-evidently disabled people, of course, and it is right and good that they should receive help to make the most of their lives. Some people make light of the disabilities, others make heavy weather of them. But to demand no objective correlative of disability at all, and then to discriminate positively in their favor, is to set up a demand that will soon meet its supply. In some sense we can all claim to be disabled: We are disabled by our limitations; for example, most of us are incapable of becoming atomic physicists however hard we try. We lack the requisite brainpower.

As usual, Shakespeare has something useful to say on the subject. In the famous opening speech of Richard III, Richard explains his own resort to villainy by his deformity:

I, that am not shaped for sportive tricks,
Nor made to court an amorous looking-glass;
I, that am rudely stamped, and want love’s majesty
To strut before a wanton ambling nymph;
I, that am curtailed of this fair proportion,
Cheated of feature by dissembling nature,
Deformed, unfinished, sent before my time
Into this breathing world, scarce half made up,
And that so lamely and unfashionable
That dogs bark at me as I halt by them;
Why, I, in this weak piping time of peace,
Have no delight to pass away the time,
Unless to spy my shadow in the sun
And descant on mine own deformity:
And therefore, since I cannot prove a lover,
To entertain these fair well-spoken days,
I am determined to prove a villain
And hate the idle pleasures of these days.

Are many of us now not encouraged to descant on our own deformity, that is to say on our own disability or the discrimination against us that we claim to suffer (and may actually have suffered)? And are we not thereby encouraged to become as dishonest as Richard III?