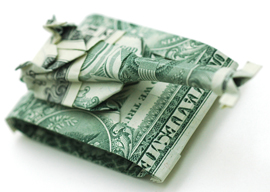 China’s rating agency has just downgraded the US credit rating from A+ to A, citing America’s inability to reduce its deficit by four trillion dollars over five years. A $4-trillion reduction is far more than the current debt-ceiling deal required.

This is monumental. It means that American interest rates will shoot up, resulting in a new level of stagflation. Because there seems to be no way to resolve this problem due to American political considerations, America could remain on a downward trajectory indefinitely.

I suggest four ways to immediately counteract such an endless downward spiral:

END ALL FOREIGN WARS
It is imperative to understand the necessity of ending the wars that are draining America’s resources. This must be done immediately, not through some dragged-out process. That will substantially add to the $2.4 trillion in cuts the debt-ceiling deal authorized. But that still leaves an enormous deficit that causes high unemployment.

“It is time for America to stand up for its rights instead of being a patsy.”

END THE BUSH TAX CUTS
It is imperative that the government raise revenue immediately, which means temporarily allowing the Bush tax cuts for the wealthiest to expire while Congress reforms the tax code. This cannot be accomplished without cooperation between Congress and the president.

END CHINA’S UNFAIR TRADE PRACTICES
It is time to counter China’s action by calling its bluff. China keeps violating WTO rules as it protects its products from competition while exporting its cheap products to America. America must demand that China reverse its trade policies, or it will take action. If China chooses to dump its American debt, so be it. That will simply reduce its value, which would be self-defeating for China.

END ALL FOREIGN AID
It is also time to start cutting all foreign aid, including aid to Israel. America is broke and cannot afford it.

It is time for America to stand up for its rights instead of being a patsy. The time to act is now—America’s future depends on it. Only a new movement in America to get immediate action can force the political class to respond. The 2012 elections are too far off for their results to matter. Americans need to rise up now.