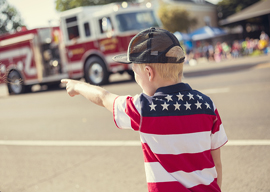 A paradox of the current nationalist rebellion is how worldwide it is. Three years ago, I pointed out in Takimag in a column entitled “Nationalism Is a Blast“:

In 2014, the global winds are blowing in favor of conservative nationalism.

One reason it’s happening over much of the planet is because the various establishment elites have become so homogenous in their ideology, unconsciously egging each other on into more extremism. For example, after the normally cautious Angela Merkel made her historic refugee blunder in 2015, Hillary Clinton repeatedly endorsed Merkel’s foolhardiness, even as the German leader herself came to regret her imprudence.

But the corporate press has been no more aware of its own drift toward anti-border fanaticism than a fish notices it’s wet. Thus, the American establishment’s increasingly comic conspiracy theory blaming its political failings on a nefarious Kremlin plot. After all, what else could explain why voters did not respond appropriately to the media’s furious instructions to elect Hillary besides Muscovite mind-control rays?

A sensible exception has been Fareed Zakaria, who pointed out last month:

The one common factor present everywhere, however, is immigration. In fact, one statistical analysis of European Union countries found that more immigrants invariably means more populists…. One way to test this theory is to note that countries without large-scale immigration, such as Japan, have not seen the same rise of right-wing populism.

That raises the question of why Japan’s ruling class didn”t feel the necessity of going down the same mass-immigration path as did so many other advanced countries: Why is Japan such an exception?

One reason is that Japan is not a white country, so it’s immune to white guilt. Sure, the Japanese abused other East Asians in 1931″45, but that was in the name of organizing against white colonialism. So hassling Japan isn”t a high priority like it is for Germany.

Another reason is that Japan is linguistically quite isolated from the growing worldwide dominance of the English language.

If elites unthinkingly think alike, one reason could be because they increasingly share a language: English. Across much of the world, English is becoming the lingua franca.

For example, the French are immensely proud of their language and consider it far superior for rational thought than English. But even the French are having to give in to the modern reality that the other Europeans they want to do business with, such as Swedes, Dutch, and Greeks, are more likely to learn English as their second language than French.

If the French wanted to dominate world culture today, they shouldn”t have lost in 1940.

As a side effect, the prevalence of English spreads American ideological fads.

It’s difficult to get across to young people today just how committed Hollywood was in the mid”20th century to propagandizing that America was less a nation of immigrants, as today’s clichÃ© holds, than a nation of settlers. (Heck, in the 1960s the Italian film industry churned out Westerns.) For example, in Walt Disney’s speech opening Disneyland in 1955, he orated:

Frontierland. It is here that we experience the story of our country’s past. The color, romance, and drama of frontier America as it developed from wilderness trails to roads, riverboats, railroads, and civilization. A tribute to the faith, courage, and ingenuity of our hearty pioneers who blazed the trails and made this progress possible.

At some point between 1969’s Butch Cassidy and the Sundance Kid and 1972’s The Godfather, however, the American entertainment industry permanently lost interest in cowboys and Indians.

The rest of the world tends to follow along behind American trends. For example, the chattering classes of London have recently made it an article of faith that England has always been a nation of immigrants, despite all the historical and genetic evidence that England has been far more a nation of emigrants.

One country where modern American identity fads have been less likely to penetrate is Japan, which has been singularly resistant to immigration idolatry.

This is not to say that the Japanese pay no attention to American culture. They are often bizarrely obsessed with American musical and visual styles. For example, when my son visited Japan, he stumbled across a moonshiner subculture who dress in Li”l Abner overalls and sit around on porches swigging from jugs marked “XXX.”

But the Japanese are remarkably immune to American verbiage.