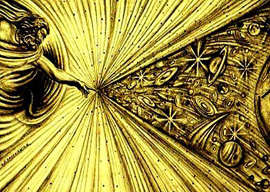 I’m not religious, nor am I a proponent of intelligent design (ID). But I am amused by alleged rationalists who think strident disbelief makes them enlightened primates rather than obnoxious atheistic evangelists. It interests me terribly that such people are so unhinged and emotional about their allegedly rational views. I scratch my chin and puff on my pipe when alleged free-thinkers fret about children being brainwashed with religion but have no qualms when the state forces ideological conformity on young minds.

The delusion that one must be an atheist to be a first-rate scientist is common among professional atheists. I can think of several religious Nobel Prize-winning physicists offhand: Abdus Salam, Joe Taylor, Bill Phillips, Antony Hewish, and C. H. Townes. There are doubtless more if you care to look.

An even more preposterous (yet widely held) delusion is the idea that teaching the standard model of evolution is necessary to produce the next generation of young scientists. Evolutionary biology has very little connection to other fields of scientific enquiry, including most of biology. I also know at least one very talented and productive scientist who has issues with the standard evolutionary model: David Snoke. I worked for him briefly. The subject never came up in the past, as it’s not particularly relevant when plugging in lasers and aligning copper oxide crystals. Considering the recent creationism controversy in Tennessee, I thought it might be of interest to hear from an intelligent ID advocate.

“I am amused by alleged rationalists who think strident disbelief makes them enlightened primates rather than obnoxious atheistic evangelists.”

What kind of science are you working on these days?
Solid-state optics, Exciton and Polariton physics; primarily experimental with some theory and numerics work.

What are your main scientific beefs with evolution?
Define what you mean by “evolution!” People mean many things when they use the word. Some people define evolution as simply change over time, which very few people would disagree with. But others mean that undirected processes can explain everything that has happened from the time of the Big Bang. Do I believe that organisms change over time as a result of natural selection? Certainly! But I don’t think that this is the only mechanism. For example, nobody has a serious model which can actually explain the origins of life, and natural selection can’t work until simple life exists with something like 30,000 biological machines. There are also messy issues with phylogenetic trees and horizontal gene transfer: Much present evolutionary theory is in a turmoil because of this. Clearly natural selection is a mechanism with much explanatory power, but it is not the only mechanism. The work by ID people to show that natural selection can’t explain a lot of things is generally good science; shooting down theories is an activity which has a long history in science; it is part of the process.

Do you think some kind of directed evolution could be compatible with the Bible?
Certainly many in the ID community believe something like this. I am not persuaded by the strong version of this: the idea that everything was rigged at the Big Bang to end up the way it presently is. Some “Young Earth creationists“ worry that the first chapters of Genesis must give exact history. I don’t think our interpretation of the Bible or the present scientific consensus is sacrosanct. The scientific consensus may be wrong; but if science tells us some new things, that can motivate us to look at the Bible in other ways.