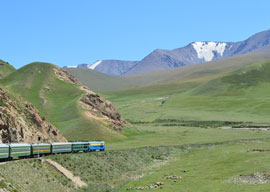 Twenty years ago, Samuel Huntington published his game-changing book The Clash of Civilizations. A Jan. 8, 2016, analysis by Stratfor correspondent Eugene Chausovsky shows that the book is as relevant now as it was in 1996. While Huntington got many forecasts about the post”Cold War era wrong, he got a fair few right”as we”ll see.

In another seminal tome, The Fall of Rome: And the End of Civilization, Bryan Ward-Perkins wrote: “Romans before the fall were as certain as we are today that their world would continue tomorrow….” Of course, the Romans were wrong. This author cautions us not to make the same mistake they did.

Both books reference the idea of “civilization” in their titles. Yet it could be argued that viewing socially advanced states as civilizations“complete with associations of spiritual power and compelling cultural identities”has grown out-of-date, given the pluralistic, cyber-domineering world of the 21st century.

Huntington divided the world into nine civilizations, believing their influences would shape international relations and conflicts after the Cold War. The nine factions were, from East to West: Japanese, Sinic (Chinese), Orthodox (Russian), Buddhist, Hindu, African, Islamic, Latin American, and Western (U.S./W. Europe). Problems can be found in his concept. For one, it assumes “a single, unified “West”” and “a single, unified “Islam,”” when in fact each of those worlds is replete with differences big and small. Another mistake Chausovsky highlights is overestimating cultural and religious differences as motivating forces, as opposed to the geopolitical imperatives behind conflicts arising from the Islamic world.

“Anyone concerned about the United States going the way of Rome can do little to stop tomorrow’s world from increasingly moving into China’s sphere of influence.”

Huntington correctly predicted the Ukrainian division and the post-9/11 conflicts. However, did he ever expect Islam to become the best escape route for youngsters in today’s struggling Europe, afflicted by identity crises”making for “a jihadi reserve army across [the continent, which] will continue to feed on battalions of excluded youth in poor inner cities,” as Russia Today reporter Pepe Escobar put it in his Dec. 24, 2015, missive? Pepe portrays Islamic extremists as pursuing a “virus-like version of Salafi-Jihadism, sold by wily, PR-savvy profiteers as a symbol of resistance; the only counter-ideology available on the market.” Nothing to do with the authentic codes of Islam, therefore. Rather, a young and psychologically confused, internationally extracted “mobile army”…perfect (and perfectly disposable) for the fighting of turf wars in the name of ISIS”or Something Meaningful.

This week, commencing Jan.18, CNN broadcasts to its 340M viewers worldwide that sanctions are lifted and Iran has finally rejoined the global markets. The world has just turned again, in a watershed moment changing the balance of power forever. Really? Or is it, Pepe asks, simply the latest point scored in a game that began with the CIA-backed coup in Iran in 1953? “When the US finally encountered, face to face, that famed Eurasia crisscrossed for centuries by the Silk Road(s), and set out to conquer them all”?

In the West we tend to see the “Iran Deal” as revolving around nuclear disarmament and, secondarily, as a fillip to the global economy now that Iran is “released from sanctions.” From an Eastern perspective, however, Iran’s reemergence into the global markets is entirely what this deal is about, the nuclear stand-down merely a spectacle for leaders running Western nations by the politics of fear. The small cost Iran pays today, in terms of diminishing nuclear pride, guarantees it a major gain in commercial and economic terms”a no-brainer. God, guns, or gold? Iran has cannily chosen gold.

And it’s no coincidence that it’s happening right now, at the start of China’s 13th Five-Year Plan (2016″20), because”according to Pepe Escobar”the Iran Deal is partly the consequence of preemptive Chinese maneuvering. Iran’s commercial freedom is a necessity for the realization of China’s vision of a Second Silk Road. A transcontinental trade route designed to exploit the boundaries implicit in a “Cold War 2.0″ environment, one where Moscow and Washington continuously play at proxy battles.

By virtue of its geography, Iran is (and has been for near eternity) the primary trading hub in the Silk Roads, past or future. Since “China’s Belt & Road Initiative,” as Silk Road II is officially known, is mainly concerned with trade, the U.S. and U.K. are keen to get in on the ground floor, naturally; despite any conceivable disadvantages of doing business inside a matrix designed and built by China, and protected by a China-friendly Iran and Russia as it exceeds China’s westernmost borders. A colossal matrix spanning Shanghai and Amsterdam, and Beijing and Venice, no less. U.K. chancellor George Osborne’s visit to Xinjiang in September 2015 is proof of our desire not to be excluded.

Anyone concerned about the United States going the way of Rome can do little to stop tomorrow’s world from increasingly moving into China’s sphere of influence, given (1) its economic potential; (2) its long-term, forward-looking methodology; and (3) its assumption of power as de facto world leader, exemplified by such ambitious yet viable plans as the Silk Road II. This trade superhighway is a major (re)structuring of the future balance of power, no mistake about it. Not that China doesn”t lead worldwide markets right now; it already gets the blame when things go wrong. Just see the financial markets.

China’s leaders are smart enough to see that, in a multilateral world, a centralized system”whatever its nature”may turn out suboptimal compared with a decentralized model. Just like the Silk Road II, whose central nexus will be located in the post-Soviet Transcaucasian states such as Kazakhstan, Uzbekistan, and Turkmenistan, once the Route leaves China; after which it crosses Iran to Turkey, whereafter”on Europe’s edge”the flow is redistributed across the Balkan nations, or across the Mediterranean, or overland via Greece and Italy. Its destination: the transatlantic ports of N.W. Europe. In plainer words, why stop at one’s own borders? America didn”t stop at its own borders during the “American Century,” the 20th.