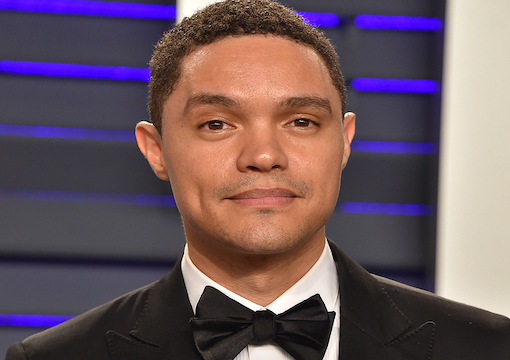 Beit Hall at Plumtree School is a beautiful old building built at considerable cost over 100 years ago by early Rhodesian settlers, through which future generations, involving hundreds of thousands of boys of all races, have passed on their way to acquiring the knowledge that would ready them for the challenges of life. Apparently the fires were started by angry inmates under quarantine who had not been fed or afforded decent accommodation. This was, in a sense, a flaming finale to the process of destruction that commenced in 1980 when a magnificent country changed the shape of its government and its name to Zimbabwe.

At the same time, rioters were burning down American cities in the wake of the death of George Floyd, following his arrest by Minneapolis policemen on suspicion of trying to pass a counterfeit $20 bill. Floyd had a history of criminal convictions and had served five years in prison for assault and robbery. The County Medical Examiner’s report has concluded that he died of a heart attack, not asphyxiation; had fentanyl in his system; had recently used methamphetamine; and had coronary artery disease and hypersensitive heart disease. However, footage showing a white policeman with his knee pressed into Floyd’s neck for nine minutes caused international outrage and triggered mayhem.

South Africa’s own Trevor Noah wasted no time in leaping into the limelight, emerging as a sort of “star of the show” as he clambered atop the anti–“white establishment” media bandwagon driven into a righteous frenzy by a Trump-hating press.

“Police in America are looting black bodies,” he cried. “Try to imagine how it must feel for black Americans when they watch themselves being looted every single day. Because that’s fundamentally what’s happening in America.” Asked what good looting does for the community and the country, Mr. Noah replied: “What good doesn’t it do?” The thrust of his rant was quite clear: The wanton destruction was justified. The fact that the victims, both black and white, had nothing to do with the unfortunate death of George Floyd did not trouble Mr. Noah at all.

“The deeply troubling truth is that these motivations are underpinned by a heartfelt desire to destroy whatever they surmise was built by white people.”

A few thoughts crossed my mind as I asked myself why the world reserves all its feigned fury for the relatively rare events when whites are responsible for the death of blacks. In America approximately 7,000 black people are killed in violent incidents each year, and over 90% of those murders are committed by blacks. And where was the apoplectic media and “Black Lives Matter” outrage when just under a million Tutsis were having their heads hacked off by machete-wielding Hutus in Rwanda? This colossal crime against humanity closely followed the mass riots in America after the beating of Rodney King by police in Los Angeles in 1992. But America, led by Bill Clinton, the U.N. with Kofi Annan then responsible for responding to the slaughter, Jesse Jackson, Al Sharpton, and virtually the entire world stood idly by and did precisely nothing. The international press paid a parting interest. One has to ask: Is it somehow acceptable if blacks kill blacks?

And when it comes to police brutality the sickeningly sanctimonious Mr. Noah, who makes millions lambasting and lampooning the president of the country that hosts him, might like to ask himself a few questions about how much of a “fascist” and “white supremacist” President Trump actually is. While Mr. Noah can run his mouth without any fear of state sanction, what future would await a white, conservative American comedian who tries to run a talk show in South Africa belittling the president and the government he leads?

Unfortunately for us here in South Africa, Mr. Noah seems to have a lot less to say about tragic events in his homeland. Under draconian emergency regulations, some 250,000 (mostly decent) people have been arrested and charged for breach of stupid rules put in place by a sinister, secretive Command Council headed by former first lady Dr. Nkosazana Dlamini Zuma, a woman who has played a leading role in the awful governance visited upon the country since the ANC assumed power.

Also, under this regimen, twelve people have died at the hands of the police or army in the process of enforcing the regulations. One man, Collins Khosa, was allegedly assaulted by a combined police and army detail in his home while entertaining friends, strangled, then slammed against a wall and a gate before being beaten with the butt of a machine gun. His partner has stated that after the detail left, Collins was unable to walk, began to vomit, and then lost consciousness before dying. The matter was investigated by the SA National Defence Force (SANDF) board, which found that the police and the SANDF had no hand in Khosa’s death.

Asked to comment, President Cyril Ramaphosa explained that: “[The police] let their enthusiasm get the better of them.” Police Minister Bheki Cele fobbed the question off with an almost incomprehensible statement that “if someone says I stole a chicken, it’s only an allegation.”

Against this ugly backdrop the ruling ANC has found the gall to involve itself in the Floyd death by calling on the Ramaphosa administration to “engage with the American government” through diplomatic channels to “diffuse racial tensions and build social cohesion among different races.” The statement continues: “While we note the action taken by American authorities in charging one of the officers who was caught on camera kneeling on an unarmed Floyd, it is equally concerning that incidents of police brutality against African American citizens are on the increase.”

What Mr. Noah won’t be telling his listeners is that the officer blamed for the death of George Floyd and three of his colleagues will be prosecuted, tried, and, if convicted, punished. However, this will not happen where he comes from.

Far from it. Here in SA it appears the COVID-19 health alarm has been hijacked to suit a political agenda aimed at achieving the same goals set by the Mugabe regime in Zimbabwe. As arguably the most powerful person in the land, Dr. Zuma has referred to the concept of “class suicide” recently. She was quoting from the political tenets of Amilcar Cabral. Cabral, a Guinean academic and anti-colonial activist, called for the elimination of the “upper classes” as the only way of achieving a truly egalitarian society. Challenged by the opposition Democratic Alliance to explain herself, she refused to elaborate, but the intent appears to be to destroy the white middle and upper class. Maybe a little more subtle than the methods adopted by Robert Mugabe, a man Dr. Zuma admired and supported, but the ends will certainly justify the means.

In all the above-mentioned situations and scenarios, the deeply troubling truth is that these motivations are underpinned by a heartfelt desire, by a class of people, to destroy whatever they surmise was built by white people. Just what they intend to replace it with when the whites have been eliminated and their structures destroyed will evidently not amount to very much.