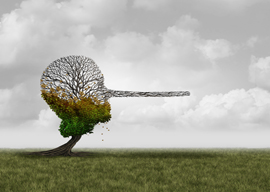 The U.K. is said to have produced the world’s longest suicide note—its Climate Change Act 2008. There are some sane people left in the U.K., though; the ones at the Global Warming Policy Foundation commissioned eminent British journalist Christopher Booker to write a report entitled “Global Warming: A case study in groupthink.” Richard Lindzen wrote the foreword, which, in relation to global-warming theory, includes the question of:

How indeed. Dr. Lindzen has been publishing tracts critical of the global-warming theory for over thirty years. For anyone with an interest in understanding how we got to the current state of play in climate, this report provides an interesting introduction. It includes many amusing anecdotes of the antics that the global-warming scientists and supporters resorted to in order to further their cause, mostly relating to their inherent hypocrisy. Following are some of those stories.

The scientific establishment in the U.S. and Europe were solidly on board the global-warming hoax from at least thirty years ago, before the evidence for it had even been concocted. Of course, any dissent from this was not tolerated; from page 13:

But, as Lindzen noted, it had soon become clear that any proposals deemed likely to be at all ambivalent over global warming were highly unlikely to be accepted. He recalled how, in the winter of 1989, the National Science Foundation had withdrawn funding from one of his MIT colleagues, Professor Reginald Newell, when his data analyses failed to show that the previous century had seen a net warming (one reviewer suggested that his results were ‘dangerous to humanity’).

Dr. Lindzen also had similar problems, as recounted on page 14:

This was an indication of just how ruthless the pressure had become to shut any critics of the ‘consensus’ out of the debate. When Lindzen himself submitted a critique of the global warming thesis to ‘Science,’ the journal of the American Association for the Advancement of Science, his article was rejected as being of ‘no interest’ to its readership. But, to his astonishment, ‘Science’ then proceeded to attack his paper even though it had not been published.

Although the article eventually appeared in the Bulletin of the American Meteorological Society, its editor made ‘a determined effort to solicit rebuttals.’

At one level, global-warming theory was a means to an end, and actually reversing the supposed harm extra carbon dioxide was supposed to cause was not the point. The point was to have a hate object that would justify what the protagonists wanted to do. On page 18 there is a quote from The First Global Revolution, Report by the Club of Rome, 1991:

In searching for a new enemy to unite us, we came up with the idea that pollution, the threat of global warming, water shortages, famine and the like would fit the bill…all these dangers are caused by human intervention…the real enemy then is humanity itself.

The wonderful thing about global warming as an issue is that no physical evidence of its existence that people experience in their daily lives was necessary. To a large extent the global warmers were “faking it until they made it,” but no temperature increase came along to help them out. Their predictions now are no less ridiculous, but the warmers have learned to push them much further out in time.

“For anyone with an interest in understanding how we got to the current state of play in climate, this report provides an interesting introduction.”

Back in the 1990s some of the original participants in the global-warming industry thought they were involved in doing real science, thus this amusing story from page 20 about an IPCC report from 1995:

But no one was more surprised by this than several of the scientific contributors to those same pages, who had earlier signed off the text as an accurate record of what they had agreed. These now much-quoted words had not appeared in the draft they formally approved at a meeting in Madrid in November 1995.

In clear breach of one of the IPCC’s strictest rules, these two cited papers had not even yet been published. What astonished the scientists even more, however, was to discover that no less than 15 key statements from their agreed text had been deleted. And each of these had expressed serious doubt over the human contribution to global warming.

Other “scientists” were well aware that what they were doing wasn’t science at all. On page 23 is the story of what Jonathan Overpeck will be remembered for:

It began in 1995 with a famous email from one of the little group of scientists at the heart of the IPCC, Jonathan Overpeck, to another scientist whom he assumed agreed with the ‘consensus.’ In it, Overpeck said ‘we have to get rid of the Mediaeval Warm Period.’

Facts that proved global warming to be wrong had to be eliminated. Because there was no evidence for global warming in the climate record, beyond normal variation, evidence for it had to be fabricated. One of these fabrications was Michael Mann’s hockey-stick graph that got rid of the inconvenient Medieval Warm Period. This was exposed by Steve McIntyre and Ross McKitrick, who found that:

In essence it seemed that Mann’s algorithm was ‘mining’ the underlying data for hockey-stick shapes, and therefore would give a hockey stick result from whatever data was fed into it.

Despite having the gumption to throw out a thousand years’ worth of climate data in pursuit of his hockey stick, Mann is a sensitive soul with a fragile self-identity. He went on to sue Mark Steyn and others for alleged defamation. Another unpleasant individual prominent at the time was the smarmy Tony Blair, then prime minister of the U.K., who sent a delegation headed by Sir David King to a climate seminar in Moscow organized by Putin’s economic adviser, Alexander Ilarionov. King behaved abominably. The Russians had recently emerged from seventy years of a totalitarian regime enforcing groupthink and were quick to recognize global warming for what it was, as told on page 28:

He went on to speak witheringly about the ‘distorted and falsified’ data used to promote the ‘consensus,’ mentioning the ‘hockey stick.’ And he then tore apart the behaviour of King and his colleagues, pointing out their complete inability to answer scientific questions and referring to those ‘ugly scenes’ that had ‘prevented the seminar from proceeding normally.’

Ilarionov ended with a peroration warning that the world seemed once again to be up against a ‘man-hating, totalitarian ideology,’ dealing in ‘misinformation, falsification, fabrication, mythology and propaganda,’ in an attempt ‘to prove the alleged validity’ of its theory. No one listening to this storming rejection of all the ‘consensus’ stood for could have guessed that, four months later, on a private initiative by Tony Blair, President Putin would do a complete U-turn. In return for Russia being allowed to join the World Trade Organization on very favourable terms, it would now ratify the Kyoto Treaty.

There has been only one good movie about global warming, and that is The Great Global Warming Swindle. It is well-made, scientifically correct, effective, and a pleasure to watch. So the global-warming establishment did their best to discredit it by sending letters of complaint to the U.K.’s broadcasting regulator, Ofcom. As recounted on page 40, Ofcom dismissed most of the complaints by saying that since the public believed in global warming they would not have been misled by Swindle:

So vast was the mountain of complaints that it was to take Ofcom a year to process them. But so strongly was Channel 4 able to support all it had said that the vast majority were rejected. Ofcom avoided the main issue by claiming that, since the science on global warming was generally accepted, the programme could not have misled its viewers, as alleged.

By 2007 the head of the IPCC was an Indian railway engineer, Rajendra Pachauri. Dr. Pachauri was later accused of misconduct in matters of the heart, but he also liked cricket. During a seminar in New York, he flew to Delhi and back to join a cricket practice session. The quality of the IPCC’s reports under Dr. Pachauri had not improved on their previous low standard. Having removed self-respecting scientists from the process, more imaginative people became involved; from page 51:

The resulting stir prompted a diligent Canadian journalist, Donna Laframboise, to invite readers of her blog to co-operate in checking out every single source given for statements in the 2007 report. Her 40-strong team discovered that, of the 18,531 scientific references cited in the report, no fewer than 5,587, nearly a third, had not been peer-reviewed academic studies at all, but were ‘newspaper and magazine articles, discussion papers, MA and PhD theses, working papers and advocacy literature published by environmental groups.’

The big event a decade ago was Climategate. Some public-spirited person, most likely a techie, uploaded the email correspondence between warmer scientists from the server at the Climate Research Unit at the University of East Anglia to a Russian server. What was revealed provided endless amusement and confirmed that, almost to a man, the warmer scientists were the mendacious, scheming, nasty people we thought they were. Also that there had been no warming; from page 52:

This led to Jones’s startling admission that, since 1995, there had been ‘no statistically significant global warming’; and furthermore that the rate of warming in earlier years, between 1860 and 1880 and 1910 and 1940, had been ‘not statistically different’ from that between 1975 and 2009.

No fewer than eight separate official inquiries were launched into Climategate, five in America and three in Britain. All the misbehaving warmers were exonerated.