CNN and Fox News Report on the Rise of Hitler 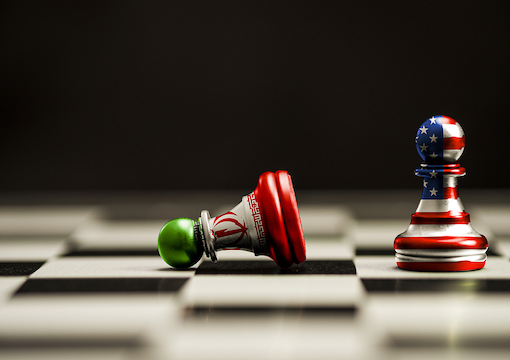 While listening to news reports of what a monstrous threat Iran is, I’ve been wracking my brain to think of a single terrorist attack in this country committed by an Iranian. If there is one, now would be a good time to mention it! But I can’t find any.

Nor any child rapes, Medicare frauds, heroin dealing or general anti-social behavior making life in America such a pleasure these days.

Even the 9/11 report could tie Iran to the attacks only on the thin reed of several hijackers passing through Iran on their way to the U.S. — where our customs officials welcomed all 19 of them with open arms.

Thirteen of the 19 terrorists had been given Florida drivers’ licenses. If we’re going back to 9/11, maybe Trump should consider dropping a drone on Jeb Bush.

Why is the solution to this problem always to gather up our best young men … and send them to the Middle East?

President George W. Bush tried to pacify that region of the world with the Iraq War. We see how well that worked.

By 2016, Americans were so sick of pointless Middle Eastern wars that even Trump’s ham-handed attacks on President Bush, saying he had “lied” about weapons of mass destruction, led to Trump’s landslide victory in the most hawkish state of the union: South Carolina.

But today, Americans are sitting at home being scared out of their wits by news reports of the “threat” Iran poses to their children, their homes, their commute to work, their very lives.

They can rest easy. It’s more likely that Mars will attack, and we didn’t just kill a Martian general.

“Cable news networks lure liberals and conservatives into taking opposing sides of conflicts that have less bearing on our lives than one day of illegal immigration.”

Just in terms of American Lives Snuffed Out, the greatest threat to our country, hands down, comes from Mexico. Doesn’t “national security” have something to do with keeping Americans alive?

Mexican heroin killed at least 14,000 Americans last year. Mexican fentanyl and methamphetamine killed about 10,000 to 14,000. Hispanic drunk drivers — Mexicans or other Hispanics given safe passage to the U.S. through Mexico — kill about 3,000 Americans every year.

That’s not to mention the random murders, the Kate Steinles, the cartel and gang killings, and even the occasional mass murder committed by Mexicans in the U.S. (Look up Eduardo Sencion and Salvador Tapia.)

Number of Americans killed in their own country every year by Iranians: 0 that I know of.

Number of Americans killed in their own country every year by Mexicans: 30,000, by conservative estimate.

Can we get a little news coverage of that? Perhaps a short segment, now and then, on the undeclared war right here in our own hemisphere?

No, instead of ever mentioning the unprecedented transformation of our country from the most successful, prosperous nation on Earth to another failed Latin American state, we get nightly updates on Libya, ISIS, Syria and now Iran.

Summary: Wretched, violent primitives are sitting on mounds of oil, which, fortunately, we don’t need anymore, so this is of no interest to you, America.

Cable news networks lure liberals and conservatives into taking opposing sides of conflicts that have less bearing on our lives than one day of illegal immigration.

If Fox News and CNN had been broadcasting from Europe in the 1920s and 1930s, this is how I imagine they’d alert the public to the rising danger of Adolf Hitler:

— 1933-1939: Hitler reoccupies the Rhineland in violation of the Versailles Treaty, unifies with Austria and annexes parts of Czechoslovakia.

After 9/11, we went to war with two countries on the other side of the globe, spending trillions of dollars and sacrificing thousands of our greatest Americans because (mostly Saudi) immigrants killed 3,000 Americans. U.S. servicemen and women are still dying to avenge this single mass murder from two decades ago.

Mexico kills at least 10 times that many Americans every year.

Why on Earth are our media — and our president — consumed with “Whither Iran?” when hundreds of Americans are dying every day at the hands of the country sitting right next door?