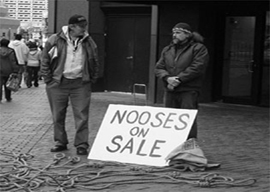 If you”re looking for a husband, ladies, stay away from the Kennedys! Chances are better you will make it through life avoiding an untimely death or some horrific tragedy.

You wouldn”t want to end up like Mary Jo Kopechne, Carolyn Bessette, and Mary Richardson“nor like women such as Martha Moxley and Marilyn Monroe, who only had tangential relations with the Kennedys but died prematurely nevertheless. You”ve probably all heard of the Kennedy Curse, and they are cursed”by too much publicity. I also blame rotten genes.

While Mark Zuckerberg was marrying his college sweetheart Priscilla Chan in California over the weekend, Robert Kennedy, Jr. was back East burying his dead wife. Mary Richardson Kennedy hanged herself in a barn on their property in Bedford. She was discovered by her housekeeper, who I hope gets a spectacular bonus this Christmas.

Kennedy and Richardson had been separated for several years, and he is said to be dating actress Cheryl Hines. (Careful, Cheryl!) Apparently Richardson had been plagued by depression, alcoholism, and prescription-drug abuse. She was in debt, lonely, and clearly unstable.

Why couldn”t she have taken a handful of pills? Too expensive? I can”t imagine wanting to asphyxiate myself. Even a shot to the heart sounds more appealing than a noose. If I had to choose, I think I”d go Thelma & Louise style”at high speed over a cliff.

You could always try leaping over Niagara Falls, but if you aren”t careful, you might survive as one man did this past Monday. Apparently he is one of only three people who have survived, compared to roughly 2,780 completed suicides at Niagara Falls, the world’s third most popular place to off yourself after Japan’s Mount Fuji and San Francisco’s Golden Gate Bridge.

In more suicide news, Tyler Clementi’s bully Dharun Ravi was recently sentenced to 30 days in jail for invasion of privacy, bias intimidation, and tampering with evidence after he filmed his Rutgers University roommate making out with another young man and posted a link to his webcam feed on Twitter. Clementi leapt off the George Washington Bridge and the world broke out in hysterics. Then a witch hunt ensued to bully every last bully into submission. My feeling is that Ravi is queer, too, and that Clementi was merely hyper-anxious and had misplaced his sense of reality. He also had poor imagination; jumping off the GWB is a lackluster choice given all the spectacular suicide options NYC has to offer. If you”re really a drama queen, you could always blow your brains out on live TV or jump into an active volcano.

According to the World Health Organization, nearly one million people a year commit suicide. This morbid little tidbit out of Ghana indicates suicide is a trend there”almost five people a day, usually by hanging. According to the chief psychiatrist at the Ghana Health Service, roughly 95% of suicides and attempted suicides are symptomatic of depression and mental disorders. Abuse and stigmatization also play a part.

Apparently the hair-loss drug Propecia can also cause a person to commit suicide. Maybe being bald isn”t so bad after all.

Is dying while attempting to reach Mt. Everest’s summit considered suicide, or is it just dumb? Four people kicked the bucket this week after trying to hustle through the “death zone” toward the summit during a spot of good weather. I would hardly consider it a noble death, though some might disagree with me.