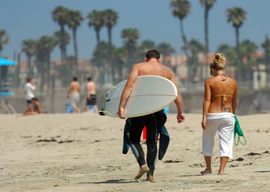 Last month, I drew a 30-day Facebook ban because I posted a column that had the word “tranny” in the title (full disclosure: it was my own damn column). Thirty days of being unable to promote my work on Facebook (which is pretty much all I use that arthritic platform for these days). I’ll admit—I had no idea that “tranny” had been added to the list of forbidden words. I mean, it’s a word that’s used on The Simpsons, for cryin’ out loud. But now “tranny” is the new “nigger,” along with other new “niggers” like “faggot,” “Chinaman,” and “marijuana” (yep—it’s now “racist as fuck” to use that word). Needless to say, LGBTs continue to freely use the word “tranny,” just as black rappers continue to spout “nigger” with every other breath. The forbidden-word list varies based upon one’s color and sexual orientation/gender wackiness.

Still, I should consider myself lucky. A Southern California school-district committee member just got her walking papers for calling people of color “colored.” Because if there’s one thing that people of color are not, it’s colored.

Huntington Beach (HB) is an upscale Orange County beach town. Nicknamed “Surf City,” you’re not likely to find a lot of people of color in HB, unless you count the white beachgoers working on their bitchin’ tans (the city is barely 1% black). Last month, HB became the second city in California to sue the Golden State Stalinists in Sacramento over the new law that essentially forces every city to become a sanctuary city. By a six-to-one vote, the HB city council ruled that local law enforcement must actually enforce the law when it comes to illegal immigrants. Of course, the media coverage of that council meeting was rigorously fair and unbiased, with the local CBS affiliate describing the debate thusly: “Some argued fighting its sanctuary status will waste Huntington Beach city money in legal battles, while others argued it goes against the Golden Rule.”

“Some argue that Chairman Mao is the finest candidate, while others take the position that he is the superior candidate. It is important that both sides be heard in the name of democracy!”

The vote was a victory for those who oppose the catch-and-release of illegal aliens who commit violent crimes. It was also a humiliating defeat for Southern California leftists, a demographic that is not used to home-state losses. And because “love Trumps hate,” the loving leftists decided to wreak a hate-filled vengeance on those who voted against sanctuary.

“What we’re left with is a story with no good guys.”

And that’s where the alt-right and its Medusa touch comes in.

Last August, up the coast in Santa Monica, a ridiculous group of SJWs had reserved a room in a local community center for a “workshop” titled “White Privilege and What We Can Do About It.” It was a sparsely attended, inconsequential little meeting…a bunch of calcified old Jewish leftists and a handful of overweight black women sitting in folding chairs watching some white guy present a slideshow about the history of the KKK. The only interesting point in the talk came when the slideshow-man rehashed the lynching of Leo Frank (the Jewish factory owner murdered by an angry mob in 1915 after being convicted of killing a white girl). Slideshow Bob informed his audience that Frank was later exonerated because the real killer gave a deathbed confession. Not true; a witness gave a deathbed statement that the real killer was the janitor, Jim Conley. Conley was black, but the speaker craftily didn’t inform his audience that Frank’s defenders claim the real culprit was a rape-happy negro who slaughtered a white child and blamed a Jew. Because why divide the room?

As the “white privilege” yawn-fest was in progress, along came the alt-right, and just like a Rob Schneider cameo in an Adam Sandler film, it made a bad thing even worse. A loosely affiliated band of several dozen self-described alt-rightists wearing Pepe T-shirts decided to bust up the meeting, Antifa-style, because what better way to make a difference for your nation and your people than to muscle a bunch of old men and fat chicks in a community-center rec room?

The right is fortunate to have such heroes on its side.

After pushing their way into the lobby, the rightist nutcases began lobbing insults at the leftist nutcases, who responded by singing “We Shall Overcome” (fatal carbon monoxide leaks just never happen at the right moment, do they?). At one point, one of the rightists confronted a Jerry Lewis-voiced older Jewish lady, screaming in her face to “go back to Europe! Go back to Europe! You gotta go back to Europe!” (ah, alt-right logic…Jews don’t belong in Europe because they’re an alien race, and they don’t belong in the Middle East because they’re European). Eventually, the mob pushed its way into the meeting room, but the cops pushed back, and the meeting continued.

On a personal note, while it’s always enjoyable to see leftists get the Antifa treatment, busting up meetings Pinkerton-style is a stupid and self-defeating strategy. It’s not Antifa’s ideology that makes its tactics foul; the tactics are foul on their own merits. We all have freedom of speech, and we all have freedom of assembly, and if the rightists wanted to protest, great, but they should’ve kept it outside (I hate giving a lecture like that because it makes me sound like Ben Shapiro…but then I look at my descended testicles and realize there are still plenty of differences between us).

So, an inconsequential “anti-racism” meeting in Santa Monica organized by a collection of Lusitania survivors and sassy black sitcom neighbors got broken up by the villains from Three the Hard Way. How does that apply to Huntington Beach? Well, among the alt-right mobbers was one Gracey Larrea-Van Der Mark, a Huntington Beach finance-commission and school-district committee member. Van Der Mark was one of the people shooting video that day, and when she uploaded the footage to her YouTube channel, she included this description of the behavior of the SJWs:

And here’s where it gets funny. The ADL was incensed by her suggestion that the “colored people” at the meeting were controlled by scheming, manipulative Jews who made them do their dirty work. So what did the ADL do? It contacted various people of color in the Huntington Beach media and encouraged them to go after Van Der Mark for having used the term “colored people.” And it worked. Soon, every black and brown activist in Orange County was demanding Van Der Mark’s dismissal because she said “colored people.” She was removed from her school-district positions and the citizen oversight committee on which she served.