Confessions of a Neocon Assassin 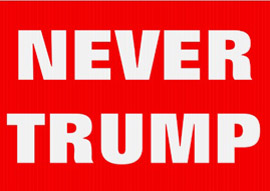 During my years as a GOP organizer and activist, I never really gave the alt-right much thought. In my time, the establishment neocons I worked with faced an entirely different threat: the Ron Paul crowd. You remember them, right? They had that “revolution/love” bumper-sticker thing going on, in their quest to divest the GOP from overseas adventures in nation-building and domestic exercises in government-growing. I think there was something about auditing the Fed in there, too, but I never really paid much attention to their arguments beyond the whole “let’s stop droning Muslims” thing, which was a huge deal to me and my fellow neocons. Sure, we had to occasionally lie about how we were shocked, shocked, I tell you, at Obama’s “unlawful” droning program, but privately, that was one of the few things we actually liked about the guy. If we had a beef, it was that he wasn”t droning enough (because really, can you ever drone enough?).

I mean, if God didn”t want us to drone-bomb Muslims, He wouldn”t have stuck so many of them in the middle of an open desert. You know how much that saves us every year on defoliants?

When the Paulists started making a stink during the 2012 GOP primary, I was called into action for my”how would Liam Neeson put it?””very particular set of skills,” namely my research abilities and a steady hand with a poison pen. It’s funny looking back on that election year, when the GOP establishment’s worst problem was Ron Paul, and let’s be honest, he was at best a persistent but nonfatal tick on the fur of the big Republican dog. Truth is, we didn”t know how good we had it (you know, compared with how things are now). But back in 2012, the Ron Paul challenge was seen as a major headache that needed to disappear.

Here in California, a young Paulist named Danielle “Dani” Rascon was causing trouble for the local GOP. Rascon was a Central Committee member of the Republican Party of Los Angeles County (RPLAC), and the chair of its 61st Assembly District. She was a rabid Ron Paul supporter, having worked for him during his 2008 presidential campaign, and she was actively bringing in fellow Paulists in a takeover bid for the Central Committee.

Well, that just couldn”t be allowed.

“If there’s one thing this election is not about, it’s intellectual continuity.”

So that’s where I came in. My fellow neocon friends in the RPLAC asked me to find some way to stop her. Easy enough, I told them. Scratch the average Paulist deep enough and you”ll find that they have at some point expressed one of two things: either something anti-Israel, or something pro”World War II isolationism. All you need is to find something that will allow the establishment to scream, “You want to see Israel destroyed!” or “You would have left the Jews to be Holocausted!” and voilÃ , you can now manufacture enough outrage to justify removing any Paulist from a party position.

So I went to work on Rascon like Olivier on Hoffman in Marathon Man.

I started out trying to bait her for a money quote, preferably something about the Jews, but she was careful enough to temper her language. She covered our exchange on her own short-lived blog, and reading it again now, I”m struck by how dim she was in not realizing that she was being baited. She honestly thought that I was “stewed” by her refusal to “subscribe” to my “pro-war views.” This is the conceit of the ideologue, foolishly assuming anyone cares what they think. I wasn”t trying to convert her; I was just trying to get her to stretch out her throat and hand me a knife.

In the end, the death blow I scored came not from our exchanges, but from the fact that I discovered she”d co-produced a short film glorifying a Muslim suicide bomber. It was a head shot worthy of Chris Kyle. She was thoroughly “taken out,” her revoloveution defeated before any major damage could be done. I received an approving thumbs-up from California Republican Party chairman Ron Nehring, and all was once again right with the world. Soon after, Paul’s presidential bid ended, and we gave thanks that the puffy white chemtrail-free clouds of peace had finally dissipated.

Okay, so, given what would happen to me a year later, my “outing” as a celebrated Holocaust revisionist, a secret I was guarding closely at the time of my back-and-forth with Rascon, this story doesn”t make me look too good. I might come across as a tad hypocritical. You might even think that I was carrying out a political hit against someone with whom I agreed, but you”d be wrong. I am genuinely pro-Zionist and genuinely not a fan of Muslims (the faith, the culture, the governments, the immigrant hordes, you name it). With Rascon, I was exposing something that I sincerely found abhorrent and something that was in no way contradicted by my past (and present) views regarding Auschwitz. There was no crisis of conscience as I dismantled Rascon’s insurrection.

That said, there were other instances in my assassinations of anti-neocons that did involve a lie. A major lie. A lie about everything I know to be true as a man who has lived and breathed World War II history from his youngest days. It has to do with that other piece of ammo used against people like Ron Paul. That whole “Chamberlain was a spineless appeaser” thing. That whole “we shoulda gone to war with Germany even earlier” thing. That whole “the Ron Pauls of the 1930s would have abandoned the Jews to die” thing.

This is relevant at the moment because the Never Trumpers have been circulating an op-ed that the presumptive GOP nominee wrote back in 1999, in which he slammed Pat Buchanan (and, by extension, the Reform Party) for expressing ex post facto “isolationist” views regarding America and World War II. Neocons are using that op-ed to prove that Trump, who has since praised Buchanan, is either a liar or a flip-flopper, that he is embracing views he once dismissed, and that he now praises as “ahead of his time” a man he once derided as a “neo-Nazi.” And indeed, Trump’s 1999 op-ed is fascinating. It almost appears as though he was staging the same kind of assassination against Buchanan in the name of keeping isolationism out of the Reform Party that I carried out against Rascon in the name of keeping similar views out of the GOP. But Trump didn”t use Israel as his cudgel. Instead, he used WWII.

And he was wrong, just as I was wrong (in my case, knowingly) when I used many of those same arguments against Ron Paul insurrectionists.

Trump trots out the usual clichÃ©s: Hitler was going to attack the U.S.! Chamberlain and the “appeasers” were weaklings whose inaction led to death and destruction! Isolationism is a dangerous threat promoted by anti-Semites! The irony, of course, is that the Trump of 2016 is now on the butt end of op-eds just like his own. And indeed, he has gone from condemning Buchanan as a Nazi to embracing him as an ally. So was Trump being honest about his views regarding Buchanan in 1999, and is he lying now? Or is it the converse? Has he, in Obama’s words, “evolved on the issue”? Who knows? However, as someone who used “isolationism” as a slam again Ron Paul peaceniks in 2012, I can certainly deconstruct my own false arguments easily enough.

Hitler was not planning to invade or militarily attack the U.S. Yes, a plan for an “Amerika bomber” (a long-range bomber capable of reaching North America) was presented to GÃ¶ring and eventually abandoned. Trump trumpets the bomber in his op-ed as though it’s an argument-winning strike. But the Amerika bomber plan was presented in 1942; the U.S. and Germany were already at war. The plan can”t be used to justify the position of those who believe we should have been more aggressive against Hitler prior to Pearl Harbor. To be clear, in December 1941, after the Japanese ignored the better angerus of their nature and did something incredibly stupid and destructive, and after Hitler one-upped them in the stupidity department by declaring war against the U.S., we had every right to fight, and to fight with everything we had (just as, may I add, Hitler had every right to fight and fight hard after England and France declared war on Germany in “39). If you commit an act of war, or if you declare war, you take the consequences.