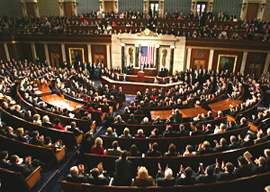 You know this story. Congress cannot get its act together, again. It is facing a government shutdown by this Saturday, again. It has retreated to secrecy, again. It seems redundant and ridiculous to say “here we go again,” and yet that’s what’s happening.

Congress, which is charged and authorized by the Constitution to write the federal laws and to decide how to spend the people’s money and to keep public records of all its deliberations, has simply declined to do so. In establishing the debt supercommittee—which consists of six representatives and six senators—Congress is violating the Constitution by keeping its work and deliberations from you. Every hour at Fox News, our intrepid Capitol Hill producers inform us of who is meeting with whom to discuss what—not among members of the House or Senate, but among members of the supercommittee. Try to find that in the Constitution, and you won’t succeed.

This is what has become of the world’s greatest deliberative body. It is hiding from you. Its members are supposed to be working for you. The government is the servant of the people. As revolutionary as that sounds, it is the principle underlying both the Declaration of Independence and the Constitution of the United States.

It is the height of arrogance and of disrespect—for you, for the Constitution and for basic principles of personal liberty in a free society—for the government to work in the dark. Indeed, the Founders feared secret government because they had suffered so heavily under the Privy Council.

The Privy Council was not the king, and it was not the Parliament. It consisted of a dozen of the king’s most trusted advisers—some of whom were members of Parliament—who really ran the British government when we were its colonies; and the Privy Council met in secret. To assure that the new government here would not do to Americans what the British had done to the colonists, the Founders wrote into the Constitution the obligation of Congress to meet in public, to keep a public journal of all it does, and to be the only entity in the new government that can write laws, regulate behavior or tax events.

What can we do about this? We can continue to challenge the government, and we can throw out of office any member of Congress who favors secrecy over freedom.