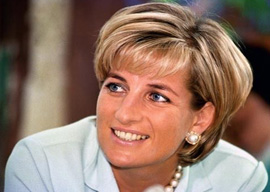 In a scene frighteningly reminiscent of the Mel Gibson movie Conspiracy Theory, I recently found myself in a cab as its driver regaled me with a litany of his fears and theories regarding “the power behind the power,” i.e., the New World Order (NWO—so real, it even has an acronym). Each time I offered a counterargument, I aggravated his growing suspicion that I, too, was part of the sprawling plot and almost certainly in league with The Enemy. Perhaps I did not help matters by jamming a computer memory stick in my ear and pretending to speak into my wristwatch. The same week in a different cab, I suffered the ramblings of a Nigerian-born driver-cum-shaman who tried to argue that men could turn themselves into bats and fly because he said he had seen it with his very eyes. We never did reach our destination. Life is full of such riches.

So try this one. A film director immersed in the half-baked bullshit that is Kabbalah once attempted to convince me that Hitler’s persecution of the Jews was preordained because the clue was there all along: Ash (for that is what millions were turned into), Kena (the Yiddish word, he claimed, for German), and Nazi (somewhat self-explanatory). Ashkenazi. Voilà, there you have it, the mystery is revealed. Silly me for missing the obvious. Odder and odder, as Alice might say. And that is before I have strayed into the crazy lands inhabited by L. Ron Hubbard’s thetans and swivel-eyed freaks. Maybe I should not be surprised at all the ambient lunacy. After all, for a teenage dare I once gate-crashed the Moonies’ NYC world headquarters. My sense of the absurd has been well-tuned ever since.

“You can join the dots on anything to produce a pentangle or a smiley face.”

Conspiracy theories are everywhere, fueled by paranoia and fanned by the Web, preying on credulousness and stupidity and holding millions in thrall. As a creed and a comfort blanket it takes over where conventional or more staid religious practice leaves off, providing certainty and structure for fractured and chaotic lives. And it chimes well with prevailing victim culture: The small man and outsider can always blame his failure and disappointment on the system, on dark forces, on “The Man.” Logic is never enough, accidents never happen, and financiers are never fatheads who do not know what they are doing. No, it is always a seamless web of intrigue out to ensnare the unwary. The conspiracy fruit loops are on the case.

They have fertile ground to plough. In Nigeria, police arrested a goat on suspicion of being a bank robber who used magic power to transform himself and effect a getaway. In the Ivory Coast, numerous innocents were stoned to death for apparently being penis-snatching sorcerers. In the Congo, children have been castrated or harvested for organs destined to be used in black-magic rituals. Meanwhile, in the American Midwest, there are still those who believe they have been abducted, vivisected, inseminated, or anally probed by aliens. Those extraterrestrials sure lack taste.

As for the conspiracy theorists, any knowledge vacuum is there to be filled by fantasy. Any factual crumb exists to be mixed with others to create an overcooked plot. So Elvis lives and Mother Teresa was in fact a human fly; America did not land men on the moon (in spite of somehow having planted laser reflector mirrors there); its intelligence agencies demolished Building Seven during 9/11; Princess Diana was, of course, murdered by Prince Philip, consort to the Queen. But hell, even General Blucher—commander of the Prussians at the 1815 Battle of Waterloo—reportedly believed he had been made pregnant, first by a bull elephant and then by a French soldier. Insanity can be contagious.

It can also be deeply troubling when it gains traction. Look again at the defamatory allegations shameless Egyptian grocer Mohamed Al-Fayed peddled over Lady Diana’s death. His claims were tosh, but it took an expensive public inquiry and untold distress for the families involved simply to quash the lies and sate one wealthy foreign national’s vanity and conceit. Fayed should have known better. Indeed, he should have been aware that the optimum moment for assassination is as the target leaves home or arrives at the office or enters a bottleneck of slow-moving traffic. Diana was killed by circumstance and the antics of a depressed and drunk Paris Ritz-employed driver who should never have been at the wheel. Yet the conspiracy theorists will have none of it.