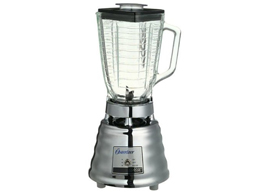 This is the time of year when we celebrate the national religion of consumerism. Future archeologists might presume we were propitiating some kind of subterranean god by purchasing hundreds of billions of dollars worth of consumer items and burying them underground a few years later.

Planned obsolescence and rent-seeking have been with us for decades, but this is one thing at which Western Civilization is still making significant advancements. I suspect it is because people have become more servile and less canny than our ancestors. Relentless marketing treats people like indistinguishable earthworms: a hole in each end and nothing of consequence in between. People get used to it and start acting like earthworms. People pay for junk because their lives are made of junk. They have junk “relationships,” junky houses, junky politicians, junky conversations, junky dreams, and they pay for it all with junk money.

Consumerism makes up something north of half of the American economy, depending on how you slice the numbers. Much of this involves replacing stuff which disintegrated due to planned obsolescence or paying for things nobody should have to pay for. Modern economic theory demands we keep money circulating so economists can declare that we are not, in fact, in an economic depression. I can see the logic in this. I just don’t want to play on the dumb consumer hamster wheel.

“People pay for junk because their lives are made of junk.”

It’s obvious that capitalistic consumerism is a good economic system compared to the alternatives, but it has failed the consumer in many ways. Here are five obvious failures.

1) Batteries you can’t change. The latest fashion in laptops are “ultra-lights” without changeable batteries. This means when your battery dies, you have to throw it away. If they still offer the replacement service when your battery dies, maybe they’ll change it for you—for at least $150. Every laptop I’ve ever owned has had the battery die in about a year and a half. Why would I buy a laptop with ultra-strong “gorilla glass” when I know the battery is going to die soon and I can’t replace it? Cellular telephones and e-book readers: same thing. Unless you derive a significant part of your self-esteem from having the latest nerd dildo every year, it seems better to buy one with a changeable battery.