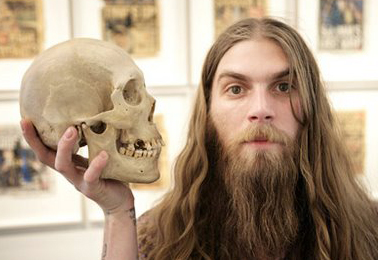 Seminal punk legend Ari Up just died. She sang for The Slits, had dreadlocks down to the floor, and is credited for helping put women on the punk map. She also followed the inexplicably hip Rastafarian religion, so when she was first diagnosed with breast cancer, she refused a mastectomy. This is how Bob Marley died. A simple toe amputation would have saved him, but as he put it, “I don”t allow a man to be dismantled.” In both cases the cancer metastasized and they died. As Jim Goad put it, “Haile Selassie? Highly retarded.”

Rumor has it that a founder of my favorite punk band Crass was recently diagnosed with cancer. If true, he will probably take the Ari route of treatment because he is a rebel and rejects Western tradition.

I love the idea of bucking the system and shocking the squares. It’s exhilarating to tell a racist you”re a race-mixer or to drag a homophobe to a gay bar. It’s a fun game that encourages discourse and it’s probably the best way to keep things fresh and exciting, but it’s just that”a game. You”re not supposed to take it to the grave.

The Sex Pistols were originally all about rebellion for rebellion’s sake. During the Queen’s Silver Jubilee, a sarcastic “God Save the Queen” became their mantra. Then bassist Sid Vicious met a group of New York junkies called The Heartbreakers and decided heroin should be part of the revolution. Sid died from an overdose barely a year later at the ripe old age of 21. Since then, heroin has been inexorably linked to cool, and you don”t get much friendlier with the Grim Reaper than heroin. Instead of Sid’s death being a wake-up call, it made the drug even cooler, and the “hope I die before I get old” culture got a big injection of “Live Fast, Die Young.” Thirty years later, we have today’s anti-conformist youth combining, “I’ll move to Paris, shoot some heroin, and fuck with the stars” with “This is our decision to live fast and die young/We’ve got the vision, now let’s have some fun!”

Heroin has a way of getting in your ear like a little Rasputin and telling you death is no big deal. That’s why it feels so good. Like Christianity, it assuages the fear of death until you”re in a state of fearless bliss. It’s possible atheism’s vacuum drove some kids to heroin. Dash Snow was called everything from one of “Warhol’s Children“ to the New York art scene’s “Enfant Terrible.” He defined New York cool for a decade, but when smack got in his ear and told him to end it, he abandoned his daughter and girlfriend and said goodbye to the living. Was he trying to capture some of Sid’s permanent icon status? Fuck, I hope not. Heroin has taken a good dozen of my acquaintances over the years, and if it’s not an overdose, it’s liver cancer from the hepatitis C they got sharing needles ten years earlier. How avant-garde.