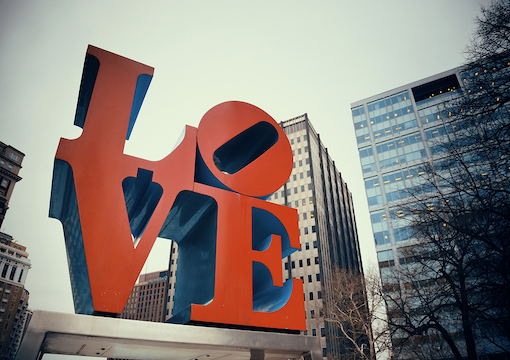 The coronavirus hostilities are increasing, it seems. Last week, I called up Paul Gottfried about something he wants me to write for Chronicles. As soon as he answered the phone, the old scholar launched into a rant about how difficult it’s become for him to get enough brandy—the only kind of booze he drinks—thanks to some local busybodies who only care about power, he explained. Paul was in such a passion that for a moment I thought that this subject was to be the topic of the article, but I was wrong. (“We finally succeeded in reaching the liquor control people yesterday and my wife ordered 500 dollars in Courvoisier and Hennessy brandy,” Paul would tell me a few days later. “We now have enough for several lifetimes,” he said. “Or to get along for the rest of this one,” I joked.)

Later that afternoon, while I was out walking, out of nowhere, someone yelled at me from his bike, “Hey, do us all a favor and wear a mask!” “Don’t worry about me, buddy!” I said. “I’m worried about us all!” he responded, adding something else that I could not make out. (It could have been an insult.) I told him to come closer and say that again, but he pedaled off. The man must be a liberal yuppie from out of town, I thought, because if anything in the world is true, if you’re from Philly, or grew up in the area, you have enough sense not to just bark random orders at some guy on the street whom you don’t know from Adam.

Then the other day in CVS I encountered another busybody: While I was at the cash register, my mask partially fell off my face for half a moment, whereupon the cashier, in schoolmarmish fashion, quickly told me to cover my nostrils. She was just doing her job, of course, but the speed and robotic manner with which she did so made her seem like a high school hall monitor.

And I am not the only one who has been dealing with such annoying persons. People around the country have been, and many of you will surely be able to relate to the person whose story Jeffrey A. Tucker provides at his website:

My neighbors cannot be trusted to fight for liberty or have a logical debate. I have been yelled at for stating the stats. Someone even threatened to report me. They have fetishized this situation. They have become petulant minions of petty tyrants. They are driven by emotions and have no sense of reason. People are unexpectedly gullible.

“Do you have it within you to make your life worth living despite the hard corona days?”

The government emptied the prisons and jails. Crime in my neighborhood has increased 10-fold. I live in the safest zip code in Minneapolis. I feel like a sitting duck. Very few people around me are questioning this. People aren’t making the connection to this policy. It seems as if they’re accepting it, because “we’re all in this together,” you know.

I lived in Brazil in the 1990s during their currency crash. I have this sense of doom. It feels like we’re going to face 1,000% inflation. No one around me fears this. No one is questioning the printing of money. Indeed they demand more.

When I do get out to Menards (Home Depot) or the grocer, speakers that used to blast music are blasting talking points and these catchphrases. There are placards everywhere telling me to stay away from other people. It’s like living in a B horror film.

This has destroyed my optimism for humanity. We are really controlled by our overlords and a good portion of the public will fall into line. I will have a hard time trusting people again….

The author is certainly right that “a good portion of the public will fall into line” with whatever it is “our overlords” want us to do. Still, while he feels “like a sitting duck,” anyone who thinks that the measures taken to deal with the coronavirus have been unwarranted or excessive needs to engage the data on infection rates and to offer an alternative. It is too easy to just assert that the lockdown is wrong because it’s so inconvenient.

Then there is the woe of career women. Alice Thomson writes of it in her April 29 article in The Times, ”Women are the losers when life’s in lockdown”:

It’s been five weeks since lockdown began but editors of academic journals have already started noticing a strange phenomenon: women seem to be submitting fewer papers than usual while men are submitting more. According to the American writer Caroline Kitchener, some female academics say they are struggling to balance full-on childcare and home schooling with work, while their male counterparts are viewing quarantine as a chance to focus on their writing projects.

Poor dears! The patriarchy remains productive, but the career women miss those happy Human Resources departments. Not to mention the properly psychotic personal trainer they used to screw while beta bucks was toiling away at the office.

Most depressing of all, there is William Wan, who, writing in The Washington Post, tells us that

Nearly half of Americans report the coronavirus crisis is harming their mental health, according to a Kaiser Family Foundation poll. A federal emergency hotline for people in emotional distress registered a more than 1,000 percent increase in April compared with the same time last year. Last month, roughly 20,000 people texted that hotline, run by the Substance Abuse and Mental Health Services Administration.

Mental-health experts are especially worried about the ongoing economic devastation. Research has established a strong link between economic upheaval and suicide and substance use. A study of the Great Recession that began in late 2007 found that for every percentage point increase in the unemployment rate, there was about a 1.6 percent increase in the suicide rate.

Using such estimations, a Texas nonprofit—Meadows Mental Health Policy Institute—created models that suggest if unemployment amid the coronavirus pandemic ends up rising 5 percentage points to a level similar to the Great Recession, an additional 4,000 people could die of suicide and an additional 4,800 from drug overdoses.

But if unemployment rises by 20 percentage points—to levels recorded during the 1930s Great Depression—suicides could increase by 18,000 and overdose deaths by more than 22,000, according to Meadows.

We see here just how very devastating the coronavirus can be. The problem is not only that the virus itself is deadly; “the ongoing economic devastation” it has led to may produce a lot of suicides and drug overdoses.

Wan says that “the United States’ mental-health system—vastly underfunded, fragmented and difficult to access before the pandemic—is…[not] prepared to handle this coming surge.” “That’s what is keeping me up at night,” said Susan Borja, who leads the traumatic stress research program at the National Institute of Mental Health. “I worry about the people the system just won’t absorb or won’t reach. I worry about the suffering that’s going to go untreated on such a large scale.”

So, how should people respond to the coronavirus despair? It should be regarded as a test of will or of self-reliance, I think. Do you have it within you to make your life worth living despite the hard corona days? What are you living for? And are those values not worth suffering for now? Don’t they make the hard times a little easier to bear?

By asking these questions, you can come to know yourself better, and therefore live a more focused and principled life.