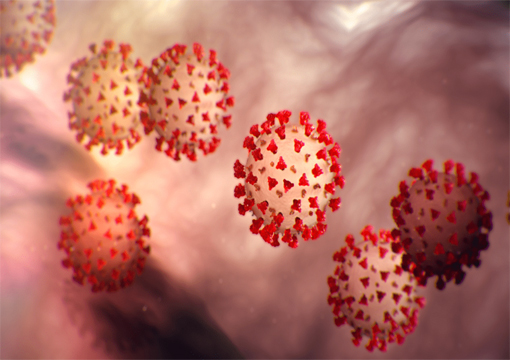 In the global village, it’s hard to find someone who isn’t an idiot.

As the saying goes, “In a pandemic, the first victim is truth.” Or maybe I’m getting that wrong—was the real saying, “In a war, the first victims are the enemy’s virgins”? Actually, I think it was, “In times of universal deceit, the truth is that you’ll get AIDS if you don’t wear a rubber.”

Frankly, I don’t remember what the original saying was. I don’t know what to think about anything these days. There’s so much dangerous misinformation and lethal “fake news” out there.

I’m a writer, dammit, not a virologist, so I don’t know what to make of this whole “coronavirus” thing. I only know that I’d like to see scientists develop a virus that only kills people who use a global pandemic to make a political point.

But I am also an effusively humble man, and unlike so many others, at least I’ll admit that I don’t know whether SARS-CoV2 was made in a lab or came out of a blind Chinese bat’s ass. I don’t trust the official authorities or the self-appointed ones. I don’t know if the panic is an overreaction, an underreaction, or if everyone is panicking at just the right tempo.

We’ve just entered an unprecedented era in human history, because although there have been numerous global plagues before, nobody had smartphones before.

And because nobody had smartphones before, nobody was nearly as dumb before.

Unlike so many, I am here to help rather than harm. I come before ye to shine the light of truth upon so many harmful myths about this dark, mysterious, and beguiling illness from the East.

Gird your loins with these facts as if they were a hazmat suit protecting you from the viral lies that have rendered online information-sharing into a petri dish teeming with deception and stupidity.

MYTH: Coronavirus is man-made.
Completely false. A woman made it. A very lonely Chinese woman with a lot of cats. She originally intended it as a love potion, and then, as we all know now, things went horribly wrong.

MYTH: Everyone should wear a mask in public.
Mostly true, partially false. Only very attractive people should be free to walk around in public without covering their faces.

MYTH: Italy currently has the most fatalities because African migrants brought the virus to Italy.
Another racist trope designed to make Africans look stupid and smelly. The truth is that Italy has so many fatalities because Italians are dirty animals who eat with their hands.

MYTH: Coronavirus is a racist bioweapon engineered by Chinese supremacists to wipe out white people.
If this were true, why are so many Italians dying?

“In the global village, it’s hard to find someone who isn’t an idiot.”

MYTH: Black people don’t get coronavirus.
This racist falsehood spread like wildfire until black actor Idris Elba, who tested positive for the virus, wrote a touching editorial debunking it. Black people are fully capable of getting coronavirus. What they actually have trouble “getting” are things such as the value of deferred gratification and a two-parent household. What’s interesting, though, is that white people who act black are immune to the virus. For example, Tom Hanks’s son Chet is, for better or for worse, still perfectly healthy.

MYTH: OK, then, but if that’s true that COVID-19 doesn’t discriminate against blacks, why are there so few infections in Africa?
Because there aren’t many Chinese restaurants in Africa, especially not ones that serve soup containing bats that had unprotected sex with Asian girls. If you’d ever been to Africa, you’d realize this.

MYTH: Drinking a bleach solution will cure the virus.

Oh, it’ll cure more than the virus, but again, as with the holding-your-breath-for-ten-hours thing, we wish it were legal to encourage you to do this.

MYTH: Only Baby Boomers are dying from coronavirus.
It is true that the virus affects the elderly most severely. It is also true that unemployment, poverty, and an unprecedently grim and meaningless future will be afflicting the young long after the elderly have gone on to meet their maker. But I tell you this—if you whippersnappers keep it up with the #BoomerRemover memes and all this genocidal ageism, desperate boomers with failing lungs may use their PTSD from Vietnam as an excuse to start shooting young’uns in the streets—which would, albeit indirectly, qualify as coronavirus-related deaths.

MYTH: You can get COVID-19 from your pet.
No, but your pet can get it from you—if you have unprotected sexual intercourse with it. Digital foreplay is permissible, however, if rubber gloves are used. Oral, however, is not recommended. It’s also advisable to hold your breath for ten seconds if your pet coughs or sneezes while you’re having sex with it.

MYTH: The most important item to stockpile is toilet paper.
You can’t eat toilet paper. And without food, you won’t even need toilet paper. It’s amazing that most of the world got this wrong.

MYTH: Spraying alcohol or bleach on your body will protect you from coronavirus.
It won’t, but on the other hand it will prevent you from stinking so much.

MYTH: So long as you wear a mask and use hand sanitizer, it is safe to use Uber and Lyft.
A mask and hand sanitizer aren’t going to protect you from being raped by the driver.

MYTH: It is safe to order takeout food from restaurants.
If you’ve ever worked in a restaurant, you know what they do to the food, especially if you’ve ordered from them before and didn’t leave a good tip.

MYTH: Everyone should avoid public transportation.
True, but it has nothing to do with COVID-19. If you’re well into adulthood and are still taking public transportation rather than tooling around in a Maserati, you are a failure at life and have more problems than a pesky case of the sniffles.