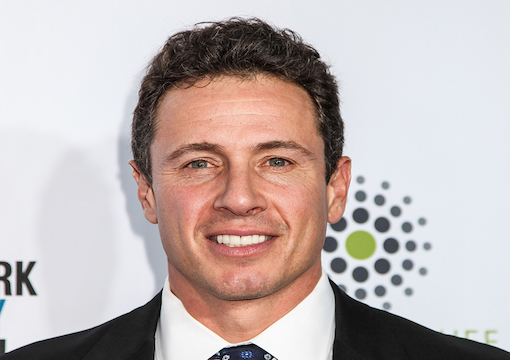 I guess now it’s OK to identify viruses by where they came from. Lately, New York Gov. Andrew Cuomo has been calling COVID-19 the “European virus” 1 million times per press conference.

So “European virus” it is!

Who cares? It’s like referring to Muhammed the terrorist as “British man.” Verdict: true, but misleading. No one, not even the freaks at The New York Times, testy with Trump for calling it the “China virus,” disputes that “COVID-19” originated in China.

Yes, the virus carriers who infected New Yorkers arrived on planes from Milan, but they were infected by travelers from China.

Where did it come from before Europe?

How about we start calling it the “Chris Cuomo virus”?

But New York Times writers were all atwitter about the governor’s stroke of genius in calling it “the European virus.” “[H]is current spin,” Gail Collins wrote, “seems like a smart approach.”

“How about we start calling it the “Chris Cuomo virus”?”

Please come up with some way for us to blame this virus on white people!

You’re thinking, “It can’t be that stupid.” Oh yes, it can! It is not possible to exaggerate the obsession these people have with identity politics.

That’s why the media decided to make Russia — not China or Saudi Arabia — the center of their lunatic conspiracy theory on Trump. The whole story was imaginary, so they could have chosen any country in the world. Why Russia?

Hillary got right to the point, calling Vladimir Putin “the leader of an authoritarian, white-supremacist and xenophobic movement.” She said Trump “seems to want to be like Putin, a white authoritarian leader who could put down dissenters …”

Are there any non-white authoritarians in the world? Any at all? Yes, but for the left, “white” is nothing but an evil intensifier, a verbal MSG.

“Dumb–s f—ing white people marking up the internet with their opinions like dogs pissing on fire hydrants.”

“White people have stopped breeding. You’ll all go extinct soon. This was my plan all along.”

“Are white people genetically disposed to burn faster in the sun, thus logically being only fit to live underground like groveling goblins?”

“oh man it’s kind of sick how much joy I get out of being cruel to old white men.”

(One mistake old white men made was fighting and dying to liberate South Koreans like Ms. Jeong. So that’s on them. Score one for Ms. Jeong.)

There is ecstasy throughout media-land whenever …

It’s as if we’ve had this problem forever with superior refugee talent being shut out of U.S. elections. Wait — didn’t they just get here?

No matter. Journalists wet themselves with their feelings of virtue whenever they can stick a finger in the eye of historic white (and black) America.

Triumphant news stories about hardscrabble refugees winning elections are always chock-a-block with tales of the “racism” that had to be overcome to achieve these “historic” victories.

“Racist trolls targeted a Somali refugee’s campaign. She still managed to pull off a historic victory.” — The Washington Post

A candidate for political office got some mean tweets. Oh my gosh — that’s never happened before in the history of politics!

The only actual racism on display — that can be attached to a name — is usually from the refugees themselves. Safiya Khalid, the FIRST SOMALI REFUGEE elected to the Lewiston, Maine, city council, for example, told the Post her desire to run “came from watching city leadership remain stubbornly white.”

So yes, the reason liberals are swooning over Gov. Cuomo’s ingenious decision to call COVID-19 the “European virus” is because that makes the virus white. (Yuck!) The only way we could ever get liberals to call a new disease the “China virus” is if it originated in Africa, then migrated to China.