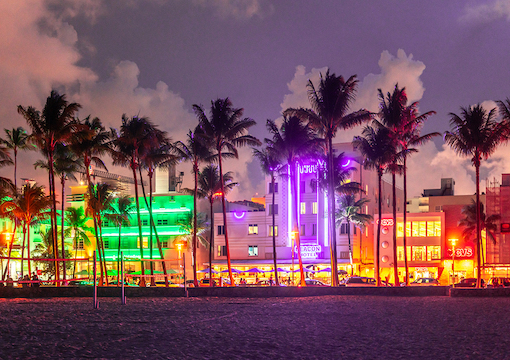 Unable to work and, in some cases, ordered to stay at home because of the coronavirus, many Americans are going out of their minds with boredom. What’s funny about this situation, though, is that it differs only in degree, not in kind, from the ordinary course of life. In other words, vulnerability, boredom, and loneliness are fundamental, existential characteristics, and our current isolation serves only to make this truth more apparent. A close look at coronavirus kookiness—that is, the variety of weird behaviors that the virus has led to—reveals that, at bottom, we have the same problems as before.

For instance, in our self-indulgent culture, people are still worried about getting fat for lack of anything better to do; it’s just that now the problem is more dire. The author Nomadic Matt spoke for many with his tweet: “I’m pretty sure all this social isolation is gonna make me fat. I have lots of food and nothing to do so I keep eating. I think gyms are gonna see a surge in memberships when this is all over.” “I need to stop smoking weed and eating all my survivor snacks,” tweeted Aimee Hall of the MTV show Floribama Shore. These days social media is full of similar statements from countless others.

It is through pleasure, after all, that people seek to divert themselves. And if most of human history was a struggle to meet our basic needs, it is one of the great challenges of modern life to maintain some deep sense of value once we are freed from that perennial struggle. Many people, observation suggests, seek to meet this vital need through pleasure as well. Indeed, it doesn’t seem unfair to say that for some of us, pleasure is not just an agreeable diversion, but the very point of life itself.

How else, at any rate, can we account for the thousands of American college students who, despite all the warnings from the Centers for Disease Control and Prevention and from the World Health Organization, were so adamant about not letting the coronavirus thwart their spring break plans?

On March 17, Florida governor Ron DeSantis ordered the closure of all bars and nightclubs in the state for thirty days. This, of course, was bad news for the large flock of partygoers who had turned out for spring break revelries. Yet some remained undaunted.

“If I get corona, I get corona,” Brady Sluder, a young man from Ohio, told Reuters. “At the end of the day, I’m not going to let it stop me from partying.”

“How dare reality intrude on the endless party that is life!”

Brianna Smith, a 21-year-old from Wisconsin, said, “It’s really messing with my spring break. What is there to do here other than go to the bars or the beach? And they’re closing all of it. I think they’re blowing it way out of proportion. I think it’s doing way too much.”

“I mean, it sucks, but we’re going to make the best of it….,” said 23-year-old Ni Smith. “We’re going to enjoy ourselves. We’re having day parties all day. It’s my birthday, it’s St. Patrick’s Day, turn it up.”

According to Atlantis Walker, 21, of Indiana: “What they’re doing is bad; we need a refund. This virus ain’t that serious. There’s more serious things out there like hunger and poverty—we need to address that.”

How dare reality intrude on the endless party that is life! The nerve of coronavirus! What good is it to be alive if one can’t dance half-naked while drunk on a beach?

Still, lest I be a hypocrite, I should admit that I have wasted plenty of time myself in the foolish pursuit of pleasure, and that I did so in my early 20s especially. I should note, too, that the young in general tend not to take mortality seriously, because not having seen much of death, they live as if it’s unreal, or as if they themselves are never going to die.

And yet, reading the spring breaker’s statements, I thought of the profound passage in the Pensées in which Blaise Pascal expresses astonishment that there are people who pass through life rather thoughtlessly, people who don’t wonder at existence itself, or ask themselves those many important questions: Why I am here? How did I get here? How should I live? What am I living for? Is there an afterlife? And on and on.

One has to wonder whether the spring breakers have given much or any thought to the question of what their lives are worth. If they are so willing to just shrug off the possibility of getting the coronavirus, how much do they value their lives? What does life represent for them, other than a source of intense pleasures? Did they grow up in such a shallow time, and in such shallow circumstances, that they don’t even know how to consider life in a serious existential sense?

In stark contrast to the frivolous spring breakers, there is Daniel Harrell, the editor in chief of Christianity Today. In his March 17 article, “Is the Coronavirus Evil?,” Harrell writes:

[U]nless God’s creation defies every characteristic of biological reality, bacteria and viruses are not bitter fruits of the fall, but among the first fruits of good creation itself. If the science is right, there would be no life as we know it without them. God makes no mistakes, and bacteria and viruses indeed are mirabilis (from the Latin meaning remarkable, or even amazing or wondrous, adjectives frequently used to describe creation) and part of the plan from the start. Death itself is required for organic life to exist. This is true of eternal life too. Christ died for the sake of new life (Rom. 6:9–11). Better to view creation not as something perfect gone awry, but as something begun as very good only not yet finished.

Jesus is the source and fulfillment of all creation—“the Alpha and the Omega, the First and the Last, the Beginning and the End” (Rev. 22:13). His purpose is love (John 3:16), which by design cannot be coerced. Thus, God factors free will into the system for the sake of genuine relationship. Allowing freedom to love means freedom to reject love. Ergo the rub. In order to have real relationships with people, God permits the possibility of no relationship. Extrapolate this logic to nature (from whence humans are made) and you might deduce, theologically speaking, that nature has been endowed with a similar freedom. The sea that inspires can also flood. The ground that stands firm can also quake and give way. The microscopic organism that serves life can threaten to take it away.

While the spring breakers seem to take nothing seriously (except for partying), Harrell is very serious indeed. Granting that death is essential to life, for many of us, myself included, it’s still deeply implausible to hold that potentially deadly bacteria and viruses are necessarily good things, indeed “among the first fruits of good creation itself.” Many people won’t be persuaded, either, by Harrell’s talk about “freedom in nature.” The formidable problem for Harrell is this: How would he distinguish between the divine plan he sees in nature and God’s nonexistence or indifference to human suffering?

Suppose we accept Harrell’s views that “God makes no mistakes,” and that everything, including bacteria and viruses, is “part of the plan from the start.” Now let’s consider the following passage from Arthur Schopenhauer’s book The World as Will and Representation:

Yunghahn relates that he saw in Java a plain far as the eye could reach entirely covered with skeletons, and took it for a battlefield; they were, however, merely the skeletons of large turtles, five feet long and three feet broad, and the same height, which come this way out of the sea in order to lay their eggs, and are then attacked by wild dogs (Canis rutilans), who with their united strength lay them on their backs, strip off their lower armour, that is, the small shell of the stomach, and so devour them alive. But often then a tiger pounces upon the dogs. Now all this misery repeats itself thousands and thousands of times, year out, year in. For this, then, these turtles are born.

I give this passage because I think it’s a more powerful example of the problem I have already described. Again, this is what the natural world is like, so how would Harrell distinguish between some “divine plan” in such phenomena and God’s nonexistence or indifference to human and animal life?

Moreover, in view of the phenomena, which state of affairs seems most likely? Is it really plausible to think that the nature of this world, and of animal life on it, is compatible with an all-powerful, benevolent God? Is such casual, incessant suffering the best He could do?

Please note that the creation-fall—a myth that is found around the world and by no means specific to Christianity—tells us nothing as to why nonhuman life should be so shot through with pain and suffering as a matter of course.

If you think that the purpose of things like the coronavirus is to enable man to do his part and “finish” creation—by devising vaccines, among other things—then, once again, we need some justificatory criteria. That is, how do you know what is within our human ability to “finish”? After all, we aren’t omnipotent.

And in those many instances of human suffering in which man does not or cannot “finish” the plan, shall we just shrug our shoulders and declare, “Why, yes, this misery, too, is God’s will!”? It is hard, anyway, to escape the conclusion that by “finish,” what Harrell really has in mind is “correct what God got wrong to begin with.”

Finally, one should be clear that just because you find Christianity, or religion in general, implausible, you need not commit to some facile materialism or scientism. Although many scientists are quick to condescend to believers like Harrell, they ironically evince a dogmatic faith of their own in “theories” that explain little, or that raise myriad questions about whose immense difficulty they are silent. Having rejected Harrell’s kooky position, we have nothing to gain from embracing a different sort of idolatry (whose main purposes are to advance the vanity and social power of scientists).