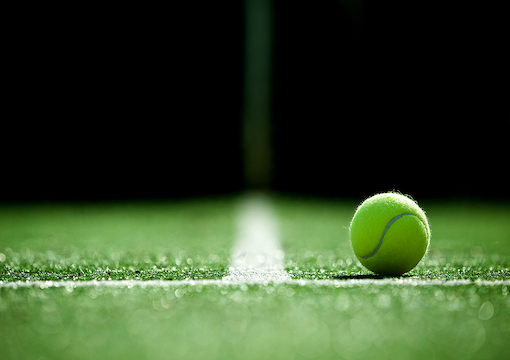 Now that the weakest Wimbledon since 1973—the year of the boycott—is over, a few thoughts about Pam Shriver’s recent revelations that her coach Don Candy, deceased, was also her lover. Candy was 50 at the time, while Pam was 17, which in my book made Candy a lucky guy, if it was legal. The age of consent varies in places, and the only time I had to defend myself was when an irate father whose daughter I had dated and was 28 years old rang me early in the morning and complained about me being 72. “There is no age limit as far as being too old,” I told him. He rudely hung up on me.

But before I go on about Pam Shriver and her oldie coach, a few comments are in order about how Oprah has taken over tennis and even Wimbledon. Once upon a time, when Wimbledon was, well, Wimbledon, players bowed to the royal box, McEnroe’s “You cannot be serious!” was as bad as it got, and Bitsy Grant’s question “Did the chalk get in your eye, buddy?” at a linesman who had called his ball out personified the wit of the men and women who competed at SW19. I haven’t set foot there in years because the grounds are now all corporate, and I no longer know anyone there. But watching on the idiot box, some of the players’ entourages are straight out of Hollywood’s Murder Inc. films. Especially Novak Djokovic’s box—it could be “Lucky Luciano and his gang come to SW19.”

“Don Candy & Co. pretended to be shocked at the poor little Greek boy’s remarks about his buddy’s anatomy”

Never mind. What bothers me is all that kissing and embracing between competitors, and the tears. Everyone is always either crying or kissing someone. And the banality of post-match on-court interviews makes Oprah sound like Lord Clark of Civilisation. The Wimbledon crowds are, of course, different now from in my day. They applaud mistakes, a real no-no in the past, but the real difference is that they’re brainwashed by celebrity. Take the opening match between Serena and Harmony Tan. The former is twice Tan’s size, has at least 250,000 million in the bank, has won 23 Grand Slams, and is known to bully opponents and umpires in order to get her way. Tan is an unknown with very low ranking who has no money, and her heritage is half Vietnamese and half Cambodian, meaning her parents or grandparents obviously had a very rough time. But she’s beating the hell out of Serena by softballing her to death, in the manner of Arthur Ashe vs. Jimmy Connors in the 1975 final. Yet the crowd is cheering for the rich and powerful bully rather than the shy and poor unknown. They even applaud when the tiny one double-faults. Tan won, of course, which shows that the majority of fans are always wrong, at least as far as I’m concerned. The commentators, however, are even worse than the fans; they act and talk like groupies waiting for their idols outside a seedy drug den, Clare Balding being the groupies’ groupie.

Iga Swiatek, the Polish looker who is ranked No. 1 in the world, also has the best legs among the ladies; feminine ones, with Ajla Tomljanovic coming in second where pins are concerned, but the latter has a bit of a mustache, which ruins it. And now to Pam Shriver, who also had good legs. According to her, her trusted coach exploited her, which I’m sure he did, and now Pammy baby wants to warn current players of the danger. Don Candy was my first-round opponent in the first international tournament I ever played in Dusseldorf, July 1956. He beat me easily, then lectured me on how devastating his serve was. I was 19 and inexperienced and sort of agreed. But Candy was not a nice guy like the rest of the Aussies—Newcombe, Emerson, Anderson, and Fraser. The next year he arrived with a new, very pretty wife, Sandy Candy, in tow. I hung around like a dumb dog waiting for a handout. Then something happened.

My closest friend on the circuit was a player by the name of Guillermo Zuleta, a copper-colored, Roman-nosed Ecuadorean with a terrific forehand. Zuleta had picked up a beautiful blonde somewhere in Germany and we traveled to the various tournaments as a happy trio. One day, while Sandy Candy and her female friends and I were watching a Zuleta match, one of them remarked as to how awful it was that this blond beauty was with my buddy Zuleta, a racist remark back in the days when such remarks were common. I answered in a loud voice to no one in particular that if anyone really needed to find out why, all they had to do was sneak into the men’s locker room while Guillermo was taking a shower. “That would answer your question,” I told them.

Shock horror ensued. It got back to Don Candy, who asked me about it. He played the toughie, but by then I was boxing a lot and answered him in kind. Zuleta and I stayed friends, and he and another Ecuadorean beat the mighty USA at the Davis Cup later on. What is the point of the story? There isn’t one, except that Don Candy & Co. pretended to be shocked at the poor little Greek boy’s remarks about his buddy’s anatomy, but when it came down to the nitty-gritty with Pammy, ah, it was okay. Or something like that.