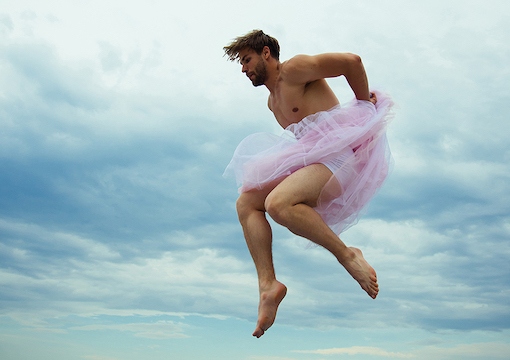 During the late ’50s I was on the European tennis circuit and was ranked among the lowest. I was No. 3 in Greece but back then Greece was hardly a tennis power, unlike today (No. 4 among men and 6 among women). In 1957 the American Althea Gibson won Wimbledon and became the first black player to win a major. She and I were friends and used to hit together. During the Rome tournament another friend, the great Italian Nicola Pietrangeli, a three-time winner of the French Open, got into a discussion with Althea about how vast the superiority of men versus women was in tennis. “I’ll bet on Taki against you,” said Nicola, and Althea took the friendly bet.

Word got around and I refused. I was 20 years old and had nothing to gain and everything to lose. There was no way I would throw myself around a court against a woman, or even be seen trying hard. Althea and I knew each other’s game and had played endless sets together, and although she’s no longer around to validate my version, I think I had the edge by far.

“Where are all those loud voices of #MeToo in favor of saving women’s sports?”

I thought about Althea recently when the transgender American swimmer Lia Thomas of the University of Pennsylvania broke and set all the swimming records. She won some events by fourteen seconds while blowing away all competition. Ironically, Lia had spent the first three years competing as a man, and a rather average swimmer at that. If any of you wonder why we separate sports by gender, it is because the differences are obvious. For example, male Kieran Smith of Florida set an American record in the 500-yard freestyle of four minutes, six seconds. Lia Thomas later set an Ivy League record for the 500 of four minutes, 34 seconds—28 seconds slower, which easily translates to half a pool length.

So, the point is that for twenty years Lia built muscle and benefited from the testosterone naturally produced by a male body. That strength does not disappear overnight, nor does it with a year of suppressants. In other words, the effects of being born a biological male offer Thomas a clear-cut edge over the biological females she competes against. Needless to say, the transgender mob does not permit anyone to yell foul. Militant transgender advocates are imposing their agenda with uncompromising zeal. Parents who have raged against teachers for allowing very young children to be coached on becoming a different sex have been called Nazis by the transgender lobby. Actually it is very rare indeed for people to feel mismatched with their sexual anatomy; it occurs in about 0.6 percent of the adult population, yet children are encouraged by teachers who put words on the blackboard such as “nonbinary” and “transgender.”

This kind of indoctrination ended in Germany after 1945 and in Soviet Russia in 1989. I never thought it possible here in these United States, but here we are, with the ACLU actually having demoted religious rights below transgender rights. And it gets worse, with the ACLU recently declaring that religious rights are being used as an excuse to discriminate against others. What I’d like to know is whatever happened to common sense and fair play, two things I was taught early on in my American school?

I’ll tell you in a jiffy: Minorities in America have learned that implacability works. No matter how absurd their demands, they tend to be indulged. No opposing argument is tolerated, and their response to anyone opposing them is to scream abuse at them and call them Nazis. It seems to be working at every level. These so-called minority rights advocates are indulged at every level, especially at school and university.

The irony is that someone like myself, who doesn’t think that a man who transitions into a woman actually is a woman, has never felt the slightest hatred or disgust over that person’s new status. I simply feel it is unfair toward other women on the sports field. A few years ago John McEnroe was quoted saying that if he and his brother played the Williams sisters the latter would be lucky to win a game or two in two sets. I agreed and even wrote something about it. Then some lobby got to “outspoken” Johnny Mac, and he reneged quicker than Biden did on his promise to exit with dignity from Afghanistan.

Everyone in America talks nonstop about freedom, yet when it comes down to freedom of speech it is more about freedom of persecution against anyone that dares to take freedom of speech at face value. Where are all those loud voices of #MeToo in favor of saving women’s sports? The wokes are ruining women’s sports by giving universal participation trophies. The Olympic Committee will always fold to the loudest protest, which at this moment is that of the transgender bullies. Women athletes of the world, unite, you have nothing to lose but unfairly competing against men.