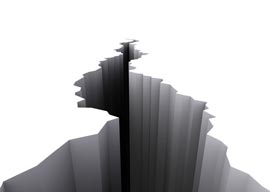 I asked that at my blog back in September 2007.

I”d just read a pretty impressive essay called “7 Reasons the 21st Century is Making You Miserable.” Well observed and wise in its own offhand way, it wasn”t the sort of thing I”d expected to stumble upon at, of all places, Cracked.com, where “Wong” (real name: Jason Pargin) was a writer and editor.

If National Lampoon was the Playboy of American humor magazines, and Mad was Penthouse, then Cracked was always Hustler. Nobody treasured back issues of Cracked or recalled particular covers or parodies with snug nostalgia.

Yet Cracked hung on and, unexpectedly, it was the one that successfully shifted to the Web.

Very successful, actually. Cracked.com debuted in 2005, and under Demand Media’s unapologetically click-driven ownership, now gets 300 million page views a month. At one point, its traffic doubled each year, and it received more visitors than the Onion.

But weirdly, none of the love. The phrase “Not The Onion“ effortlessly entered the language, and deservedly so: At its best, the Onion hit that satirical sweet spot where realism and absurdity”and sometimes even tenderness“meet, giving its best offerings an umami piquancy: “Rest Of U2 Perfectly Fine With Africans Starving”; “Alzheimer’s Sufferers Demand Cure For Pancakes.”

Meanwhile, Cracked.com was an online cafeteria table where nerds and geeks argued, often wittily, about Fight Club fan theories and what “25 or 6 to 4″ actually means”but where one and all agreed that the greatest Christmas movie of all time was, obviously, Die Hard.

Most pop culture sites were (and are) thoughtlessly, matter-of-factly left-wing. As a conservative fan of vintage/retro music, movies, and fashion, I suffer daily: “Classic film” bloggers still whine about the “Hollywood 10.” The (admittedly adorable) ghost of Joe Strummer offers advice to transsexuals, complete with fake accent. Love cool 20th-century photos? Be prepared to scroll past condemnations of #fatshaming and celebrations of gay “marriage” and even abortion.

But Cracked.com helpfully mopped up the misinformation spilled by the right and the left”no, J. Edgar Hoover was NOT a transvestite, and the Tea Party isn”t the second coming of the Klan. Their “Magic Negro-gate: How Liberals Confused Obama With Kazaam” should have gone mainstream. Likewise their elementary explanation, at the height of the Obamacare debate, of how medical insurance actually works.

Better yet, underneath not a few of Cracked.com’s clickbait listicle headlines was writing that, quite frankly, was superior to a lot of “serious” prose online and off: “5 Things You Think Will Make You Happy, But Won”t” and “The 10 Most Important Things They Didn”t Teach You In High School” were keenly perceptive and oddly moving.

Bizarrely, my factory-installed Roman Catholic Anti-Enjoyment Alarm”the one that whispers, “We”re having WAY too much fun for this to continue””went off only once, and briefly, during a still-murky short-lived change in ownership. I hit the snooze button.