Crazy Rich Asians Will Kill Us All 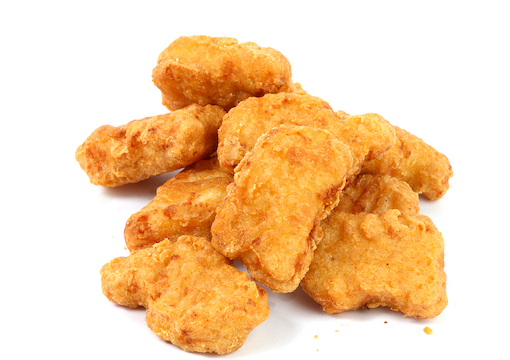 There’s a quote I’m sure you’ve heard, and it’s usually attributed to Einstein (although he was far from the first to say it, and even he said it different ways at different times): “I know not with what weapons World War III will be fought. I know only this: World War IV will be fought with sticks and stones.”

Well, here’s a quote with only one author (me): “I know not the source of the next extinction-level pandemic. I know only this: White people will not be allowed to discuss it.”

When the truly apocalyptic plague hits, it’ll be because someone in the nonwhite world ate a civet dick or fellated a corpse’s pustules. And the disease will be seen as the lesser of two evils compared with the racist white folks trying to contain it. There’ll be no way to fight the epidemic without passing judgment on the behavior or customs of nonwhites, and there’ll be no way to contain it without quarantining at least a few people of color. So we’ll all just die.

POC immunity from criticism increases everyone else’s susceptibility to death.

To be sure, the Wuhan coronavirus isn’t going to end the world, but the response to it anticipates what eventually might.

Take a look at this condescending, lisping queen. That’s Greg Brown, host of the ASAP Science YouTube channel (with 9 million subscribers). Brown, an openly gay (as if this mincing diaperman could be anything but) science blogger (who, based on this video, has a woman standing behind him playing the “helping hands” improv game), cautions us not to talk about the coronavirus in a way that might “stigmatize” the Chinese. He tells us to ignore the history of similar viruses that have emanated from Chinese “fyood” practices, and he lectures us about how Western “fyood” culture is just as bad.

Take a look at that AIDS magnet’s face. That’s the face of death. When the next extinction-level pandemic occurs, it’ll be the Greg Browns who kill us. There’s never been a virus or bacillus that can’t be avoided; even contagions that can’t be cured can still be dodged. The Greg Browns of the world are here to weaken and subvert that last line of defense.

And then there’s James Palmer at Foreign Affairs. Again, this is the Reaper, right here. He lambastes whites for thinking of the Chinese as “filthy,” while blasting Donald Trump for harnessing white racism against the Chinese, applying it to Latin American refugees, and then reapplying the Latin Americanized racism back to the Chinese (to quote a famous Lenny Bruce routine, I got me a headache from all that shit he’s talkin’). Then Palmer blames “macho” toxic masculinity for the coronavirus outbreak (oh, my fucking head!), while defending dog eating because whites eat pigs (and now I have an aneurysm). He ends by admitting that yes, Chinese uncleanliness and dangerous food practices are to blame for the coronavirus, but so what because American food production was unclean in 1910, so we have no right to criticize China in 2020.

“POC immunity from criticism increases everyone else’s susceptibility to death.”

As I said, this is what’ll kill us when the “big one” hits. We’ll know where the disease comes from, and even if we don’t know how to cure it, we’ll know how to quarantine it. And genocidal lunatics like Greg Brown and James Palmer will see to it that we can’t.

Still, it should be noted that China’s food problem is not just one of uncleanliness, but also superstition. The Chinese trade in wild beasts is powered in part by idiotic beliefs like the one about how nibbling on a tiger liver can embiggen a micropecker. But when it comes to moronic superstitions that aid and abet the spread of a pathogen like the coronavirus, we have our own massively destructive one: the belief that people need to be protected from “bad ideas” that they can “catch” through books, websites, posts, and tweets; the notion that a “dangerous” idea is essentially a contagious brain disease. A few days ago, NPR literally said that “racist ideas” are the “real contagion,” not the virus, and what’s important is not so much to track the disease, but to “track the reaction to it.”

Don’t close the Chinese “wet markets.” Instead, shut down the Twitter accounts that criticize them.

And it’s not just leftists getting in on the act; coronavirus is bringing out the identity politician in nonwhite “rightists,” too. Kathy Zhu is the former Miss Michigan who was stripped of her title for being “conservative,” prompting right-wing boys everywhere to pitch a big tent over this Asian doll who proved that the Democrats are the real blah blah blah. But Wuhan has separated the men from the soys, as last week Zhu went full Kipling, allowing the Gods of her far-off land to repossess her blood in an epic Twitter rant about how it’s racist to blame Chinese food practices for the virus. “I’m chinese [sic],” the supposedly “patriotic American” Zhu wrote, absent all irony. “I’ve eaten a lot of crazy stuff because I love experiencing life. Do NOT blame innocent Chinese people for this virus. Sorry I don’t eat processed ‘chicken’ nuggets that isn’t even chicken.”

Ah, the McNugget Stratagem. The same line we get every time an immigrant slaughters an American. “I lost my daughter to a Mexican rapist-murderer, but it’s worth it because their food is better than our processed nuggets.” Again and again, the left uses the supposed poor quality of our food to push its destructive agenda. “Supersize barrios not fries!” The McNugget Stratagem is routinely employed to advocate the importation of people, and now a supposed “conservative” is using it to advocate the importation of a virus.

Here we see left and right joined together in a common theme: How dare we judge the Chinese for their food practices when we eat fast food (yuck!)? This is just one example of how the McNugget Stratagem can be mobilized to manipulate the American public (and white Americans specifically). As I already stated, the “better food” argument is used to promote open borders and defend crimes committed by immigrants. We must be freed from McNugget oppression, and sure, some shells will be broken to make those huevos rancheros, but so be it. A few thousand rapes and murders is a small price to pay for exciting new ethnic restaurants.

Except…it turns out that once we’ve been liberated from McNuggets, we become even more racist! When a recent survey found that among American and European whites, “the most commonly agreed benefit of immigration is better food,” leftists used that as proof that whites are actually worse bigots than previously thought. Anencephalic miracle baby Jaya Saxena of The Guardian, Elle, and Eater lamented the poll results:

Americans just want immigrants for the food. The idea that an immigrant, or even a citizen, has to provide an inherent “benefit” to their culture or country is rooted in the capitalist idea that we are only what we produce, that we only deserve to not be locked in hot, crowded rooms and subjected to abuse and malnutrition if we can prove we have something white Americans want…. Stop pretending that immigration has to benefit you personally in order to have value.

So we’re racist for rejecting foreign food, and we’re racist for accepting it. But it gets better! After claiming that whites need immigrants to wean them off McNuggets, leftists are now claiming that whites don’t even eat McNuggets—nonwhites and immigrants do! Processed fast food is a tool of oppression used by whites to enslave and kill others. In “Food Oppression” (UC Irvine Law Review), the University of Hawaii School of Law’s Andrea Freeman argues that whites have a responsibility to introduce immigrants to better food so that they stop eating McNuggets.

And…I just had another aneurysm.

The beauty of the McNugget Stratagem is its utilitarianism; it offers a dozen fallacious and contradictory arguments all aimed at belittling whites and coercing them into accepting harmful policies. And now it’s being used to deflect concerns about the coronavirus. Chinese cuisine might end up killing millions, but hey—at least it’s not processed nuggets! So we have no right to judge. Or take precautions. Or try to, you know, not die.

New York Times Beijing Bureau Chief Steven Lee Myers, not even remotely a right-winger or Alex Jonesian conspiracy theorist, told CBS News last week that the Chinese are “in denial” over the fact that their beloved wild animal “wet markets” are the source of the epidemic, and “quite defensive” when those markets are criticized. Myers also detailed how the Chinese government failed to take any action after those same markets and same practices sparked the SARS outbreak in 2003.

The world dodged a bullet with SARS. If we’re fortunate enough to dodge another one with Wuhan, how many more bullets are we willing to risk?

The Chinese hate ridicule, arguably more so than most people. Until they reform their food practices, all they should receive is ridicule. Do your part to save the world by yelling, “Ching chong, civet dong, eating bats is vely wrong” at a Chinaman today. Think of it this way: If two potential pandemics had been traced to Appalachian whites trading in possum testicles, all there would be is ridicule. If rich whites enjoyed sampling whole bats at fancy restaurants (I made a joke on Twitter about a hypothetical Beverly Hills bat eatery called Fillet-der-Maus and nobody liked it, so I’m making it again, because it’s a good pun, dammit), everyone on earth would feel perfectly comfortable mocking them.

The same leftists who urge respect for Chinese culinary barbarity have already sold out many of the world’s most beautiful and rare animal species. Don’t let them sell out our own. And don’t rely on Trump to take the lead on this; the Wuhan virus isn’t a direct threat to Israel, so I doubt the president gives a shit. Take matters into your own hands and mock those whose bizarre and unclean customs put us all in jeopardy.

When Westerners determined that the “laughing sickness” prevalent among the Fore people of Papua was caused by their funerary cannibalism, the natives—primitive as they are—agreed to stop consuming their own. They reformed their culinary tastes, for the good of the tribe.

When you’re outclassed by a bunch of bare-assed tree-dwelling cannibals, when you seem less rational than literal cavemen, that means only one thing: You’ve got issues.

Chew on that the next time you chow down on bat ass, my “civilized” Chinese friends.