Creatures of a Day 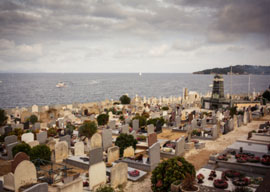 Yesterday a young woman who was unknown to me except at third hand died. She was the friend of a friend of my wife. Considering that I was personally unacquainted with her, and that there are about 1500 deaths a day in my country alone, her death affected me to a surprising degree.

She was 38 when she died. Until about five or six months ago she led a normal, happy life: happy in the way that Tolstoy said that all happy families were happy. She had a son aged two and was recently pregnant with her second child. Then she began to suffer from severe back pain. At first her doctor ascribed this to her pregnancy”by historical standards she was old to be pregnant”but the pain was so persistent and became so severe that she had a scan. Her spine was riddled with secondaries.

She had cancer of the breast, which is often of a fulminant kind during pregnancy. She had a termination of pregnancy, then chemo- and radiotherapy. She needed an operation to stabilize her spine, to prevent it collapsing from the secondaries and rendering her paraplegic. For long she denied the prognosis, which was terrible. She planned for events that she would never see. (Such denial, incidentally, tends to prolong life”slightly. Irrationality can have a rationality of its own.)

“We are so constituted that a single instance of human tragedy moves us more than a whole catastrophe affecting hundreds, thousands, or millions. No doubt this is testimony to the smallness of our understanding.”

Only when she was admitted to the hospice for terminal care did she fully admit that she was dying. She then wanted to write a letter to her son for him to open when he was of an age to understand it, to explain to him how she had loved him, and perhaps to let him know a little of his mother.

Of course by then he would have no memory of her. With luck, his father would have remarried, let us hope to a woman who would be a good stepmother to him, indeed like a real mother.

She never had time to write that letter. Her decline was so rapid that she died before she could write it. Whether, had she written it, it would have been for good or ill, I am still undecided; but what is certain is that the thought of her unfathomable grief moved me greatly. To know that her beloved son would know nothing of her, that her good and devoted husband would, through no demerit of his, soon cease to remember her other than at odd moments, for he would have to resume normal life, and to die so young through no fault of her own, were sorrows so deep that I felt almost ashamed of my own good fortune which I have so little appreciated and so much complained of.

Of course I know that there have been worse tragedies than hers and that, not so long ago in human history, this story might have been commonplace. But we are so constituted that a single instance of human tragedy moves us more than a whole catastrophe affecting hundreds, thousands, or millions. No doubt this is testimony to the smallness of our understanding.

Her death reminded me of a fairly recent incident in my own life. I received, as in a novel, a letter from a solicitor informing me that he wished to get in contact with me. Naturally, my first thought (and hope) was that a long lost relative had left me a fortune. It was, I need hardly say, no such thing.

It concerned, rather, the burial plot of my father’s first wife. I had quite forgotten that he had been married before his extremely unhappy second marriage, to my mother. His first wife died young, during the war, of cancer of the breast, at about the age of 30; and it was one of my mother’s reproaches against my father that he had wooed her while his first wife lay dying.