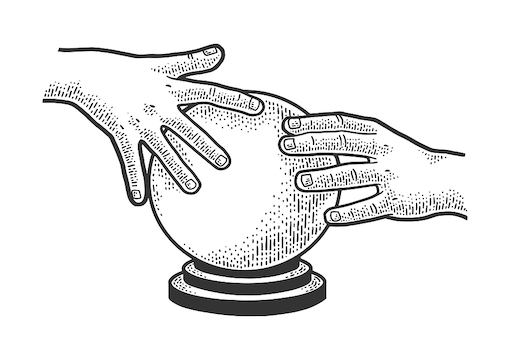 One of the few benefits of the continuing restrictions imposed on us during the seemingly endless pandemic now afflicting most of the world is that they have forced us to live more on our inner resources—if we have any, that is. Of course, what counts as an inner resource could be a matter of dispute: Is a book an inner or an outer resource, or both at the same time?

I have been fortunate (so far) during the pandemic. Not only have I not caught the disease, but I have an isolated house and a large number of unread books that I have accumulated over the years to keep me occupied. I never buy a book without intending to read it, but, like the person whose eyes are bigger than his stomach, I buy books much faster than I can read them. They pile up.

I cannot remember now how or when I came by a slim volume by Dr. Benjamin Verdo, published in 1867, titled Charlatanry and Charlatans in Medicine: A Psychological Study, but I read it in an hour, having owned it for years. I have been able to find out nothing about the author other than that he also wrote a book on the mineral waters of the Pyrenees and in 1843 defended a thesis titled Of Poverty Considered as a Cause of Diseases, a subject still much discussed a century and three quarters later, at Montpelier University. And, as if Dr. Verdo were a clairvoyant, charlatanry and charlatans have no more disappeared as a subject of discussion than have poverty and poverty as the cause of disease.

Of course, one man’s charlatan is another man’s guru, and even at the extreme and most evident end of charlatanry a charlatan has his clients, or victims. I was once on a bus in a remote part of Colombia when a charlatan jumped aboard, dressed in a flamboyant costume, selling little tins of uña de gato, cat’s claw, a herbal medicine, to which he ascribed ridiculously miraculous powers, in exactly the manner of Dr. Dulcamara in Donizetti’s L’elisir d’amore. At first I was angered to see the poor peasants taken in and part with their scant money, but I quickly calmed down: For reassurance and hope were surely cheap at such a price.

“One man’s charlatan is another man’s guru, and even at the extreme and most evident end of charlatanry a charlatan has his clients, or victims.”

De Verdo was a wiser and more tolerant man than I. Though clearly no friend to charlatanry, he saw it as an inevitable consequence of Man’s nature. He starts his little book by saying:

A penchant for the marvellous is in human nature itself: it is so universal, instinctive and irresistible a need that one is forced to accept that it obeys a law of our physiology…and is, so to speak, one of the conditions of our existence.

Our efforts, he says, to halt the current that “drags humanity fatally from laws of reason and good sense, and that throws them into the regions of the absurd and impossible” are in vain. And he finishes:

…whatsoever we do, we shall never succeed entirely in extirpating from the heart of man this original credulity which is a principle of his nature, a radical condition of his existence, so much so that we could consider it a characteristic of the human species, and say: credulity is one of the attributes that distinguishes Man from the animals.

Nevertheless, Dr. Verdo is against out-and-out charlatanry, which he divides into two main categories, the outdoor and public, and the indoor and private. The former is flamboyant, as was the salesman of uña de gato, while the latter is more restrained, taking place in darkened rooms.

The medical profession itself, he says, is not free of charlatanry, and gives examples of its methods. First there is the unnecessary employment of impressive-sounding technical terms; then there is the exaggeration of the gravity of diseases, to make recovery appear the more remarkable; the deliberate prolongation of waits in waiting rooms; the affectation of disordered or negligent dress, provided it does not appear to derive from poverty, to imply a great press of business and a mind on higher things; a general grumpiness that implies immense knowledge; ostentatious religiosity, to curry favor with priests who might recommend a doctor to his flock; and finally, especially among surgeons, false statistics of success.

But all these techniques of charlatanry he regards as benign, and in part attributable to the fact that the profession has to compete with real charlatans, if the term real charlatans is not self-contradictory.

Dr. Verdo complains that the public blames doctors for their failures, but not charlatans, who are forgiven them. Likewise, charlatans, but not doctors, are able to take the credit for cures of illnesses that would have taken place in any case. I am not sure this is actually true: Doctors have always claimed the credit for any patient who recovers under their care. They have always taken advantage of the fallacy of post hoc ergo propter hoc, that event b which follows event a is caused by it, without necessarily even being aware that they do.

Dr. Verdo is hard upon homeopathy, both rightly and wrongly. Its whole system is absurd, about as worth disproving as that the planet Venus is made of marshmallow. But it had one great advantage over the orthodox medicine of Dr. Verdo’s time, namely that it did less harm. Its prescriptions were at least innocent, and did nothing to add to the burdens of the disease for which they were taken. The only orthodox treatments that Dr. Verdo mentions are purging and bleeding, which were hardly what we should now call evidence-based. Even by 1867, bleeding had been shown to be useless at best (I exclude the rare cases of polycythemia). In fact, by our present standards, much of orthodox medicine was indistinguishable from charlatanry for most of its history. There was a little jingle about John Coakley Lettsom, an eminent 18th-century physician, that captures the uselessness of the medicine of his, and quite a long subsequent, time:

When any sick to me apply,
I physics, bleeds and sweats ’em,
If after that they choose to die,
Why verily! I Lettsom.

Two questions present themselves. The first is why scientific medicine emerged solely from the orthodox tradition and from no other; and second, why charlatanry should persist, as strongly as ever? Dr. Verdo was right, credulity springs eternal—and perhaps, within limits, it is just as well that it does.