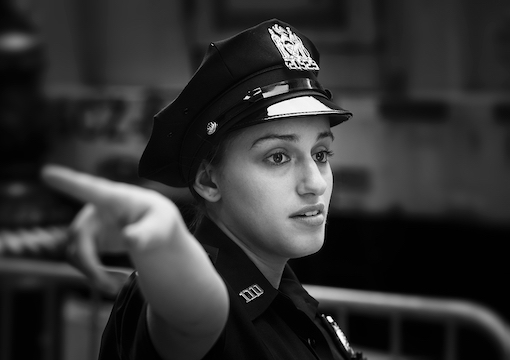 NEW YORK—Things are heating up, in both London and Nueva York, as this place should correctly be called. Two flunkies writing in the N.Y. Times announced to the fools that read the most anti-white and anti-male newspaper on record that Boris is committing gaffes and could, like Trump, be a dead man walking. It’s wishful thinking and the premature celebration confirms that the media can no longer be trusted, certainly not here in the land of the depraved. (The flunkies seek quotes from obscure British left-wing academics and loftily present them as “the people.” Their detachment from the workaday world is hilarious.)

In the meantime, here in the Bagel a drug pusher facing 100 years behind bars is photographed walking free and saluting Governor Cuomo for his bail-reform law. “Cuomo for president,” crows Jose Jorge in Spanish, leaving a Manhattan court without plunking down a penny for bail. Cuomo’s bail-reform bill is to help courts avoid a logjam, and has set around 900 dangerous criminals free. (Jorge was an innovative drug dealer. He mixed fentanyl with heroin for an extra kick, killing lots of his clients.) Never mind, the law is the law, and we all know that there are no criminals, only oppressors. According to the honchos who rule us, we need more tolerance for public disorder and for the city’s worst instincts. Ditto in London, I am told, where the present great mayor oversees knife crime last seen in Carthage after the Roman arrival.

Who’s gonna fix this mess? Certainly not the fuzz. The coppers are under siege here, having water poured over them, also milk, and overseeing marches spewing vile anti-NYPD invective taking place every weekend. I watched a cop car full of fuzz doing absolutely nothing as bikers rode on sidewalks dispersing shoppers on Madison Avenue. And sympathized with them. Law-abiding citizens are now a minority, so why should a copper enforce a law that’s not so important? And guns are making a comeback, not that they ever went away. Illegal gun seizures are at their lowest rate in five years, and that’s because the NYPD shuns seizing guns after the mayor and the police commissioner fired a totally innocent officer for applying a legal chokehold on a 400-pound man who died. The broken windows theory has flown out the window.

“When the zeitgeist says that the only thing worse than crime is locking up those who commit it, it’s party time for the bad guys.”

Yep, the city is in serious decline, public disorder is rampant, and the will to combat it is nil. Of course, you’ll never read this in the Times, only in the Post and the WSJ. I sometimes wonder why a newspaper like the Times chooses an onslaught of insanity and masquerades it as fairness and compassion. The paper almost celebrates criminals, although in my book being convicted of a serious crime does not make one a hero, especially when everything else has been decriminalized. Living in well-guarded buildings, as I do, in exclusive sections of the Bagel, as most people who work for the Times do, helps. They read about crime firsthand in the Post.

Law and Order, the symbol that Giuliani rode to victory and the rebirth of the Bagel thirty years ago, is now perceived as fascist, and a racist plot by the minority, the law-abiding folk. And at times it turns funny, as when the present mayor uses tax money to hand out gifts to those who show up for court dates. Rob a store, mug an oldie, and get a free baseball ticket for eventually showing up as you walk free without having to post bail.

Mind you, as I said, I don’t see much of this mess on the Upper East Side. But when I recently crossed the bridge to Brooklyn for a party, I did witness a small march of about 500 to 1,000 with a large yellow banner that read: “Punch a Cop.” This was on the border of Queens and Brooklyn, where my nice but totally lost cabdriver had taken me. I asked him what he thought about the calls for violence against the police. His English was limited—he was from Ghana—yet he did say no good, no good; but then he was a hardworking cabbie with no time to protest against fascism, racism, sexism, and the rest of the isms.

The Bagel is in flux. More than half of its 8 million residents are foreign-born—4.5 million, to be exact. The majority of the foreign-born are under 35 and did not live under the halcyon days of Giuliani. The gangs are mostly Hispanics, with Dominicans among the most violent and brutal, and there’s not a damn thing that anyone can do about them. They deal in drugs and murder, and the lousiest mayor ever, Bill de Blasio, makes sure the cops do not cross the line and step on the poor darlings’ civil rights.

Am I painting too bleak a picture? Not if one lives in Queens, the Bronx, or certain parts of Brooklyn. As in London, here in New York the rich are protected, almost by osmosis. The gangs know where the weak live, where the poor are. And now when the zeitgeist says that the only thing worse than crime is locking up those who commit it, it’s party time for the bad guys. The set-’em-free mindset means bad days ahead for those who least deserve it. My problem is I can’t make up my mind whether it’s better to be knifed in London or shot in Nueva York.