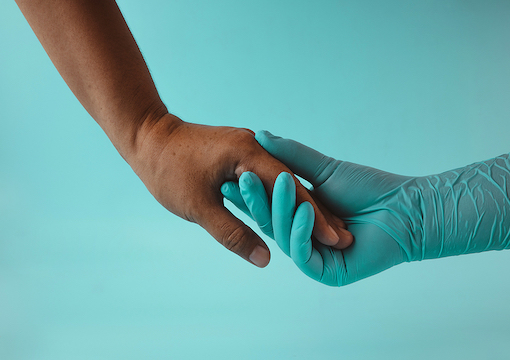 Like a strange melody that keeps repeating in my ear are four letters, PTSD, an acronym for a psychiatric disorder that seems to afflict most criminals in America. I suppose some shrink invented it, then ambulance-chasing lawyers picked it up; finally the criminals themselves have discovered it. It is the quickest get-out-of-jail scheme since article 1 section 9 of the Constitution, Habeas Corpus.

We are in the midst of soft-on-crime time, where DA’s like Alvin Bragg of New York City, Kim Foxx of Chicago, Los Angeles’ George Gascon, and, most infamous of all, San Francisco’s Chesa Boudin have all declared let’s be nice to the bad guys, let’s be less punitive, and other such nonsense. In the meantime, crime has gone through the roof in American cities, with criminals brazenly breaking the law and looting stores, and murders having doubled in mostly black and Hispanic neighborhoods. The media, needless to say, blame the rise in crime on a white-supremacy aftermath, a bit like blaming the Jews for the rise of Hitler.

“If anyone qualifies for PTSD treatment it would be today’s police officers.”

In New York City a black career criminal lures two police officers to his apartment pretending his mother needs help and proceeds to murder them both in cold blood with an automatic pistol, while his witness mother claims that her son is suffering from mental illness and should not go to jail. Another career criminal executes a cashier in a bodega after the 19-year-old girl working a midnight shift handed over the hundred dollars. His family immediately claimed he had mental problems and should not be incarcerated but treated. Still a third career criminal kills a Chinese woman while she was walking to work for no apparent reason (except perhaps being Chinese) and declares that he has mental issues. That’s just three cold-blooded murders in one week in the Big Apple by…er…unstable men. During the funeral for the two slain policemen, photos appeared named “sea of blue” as thousands of cops turned up to honor their slain colleagues. That old hag, actress Susan Sarandon, denounced the pics, saying they reminded her of fascist parades.

PTSD used to be called shell shock, and that trauma was at times real. Soldiers suffered from it while engaged in ferocious combat—trench warfare in World War I, especially—and it hit its peak among the military during the Vietnam conflict. George Patton famously slapped two soldiers claiming to suffer trauma during World War II, and lost his command as a result. My grandfather as a cavalry officer stayed in the front for two years during the Balkan wars, and my uncle six months on the front line without a day off against the Italians in 1940, but for some strange reason the only thing that bothered both of them was the inability to change their underclothes.

Never mind. The world today is increasingly defined by an entire ideology of mental illness that bears absolutely no relation to the psychic reality of human beings—“they must be mad because no one’s that bad” type of thinking. Except criminals are bad, very seldom mad, and the whole psychopathological preoccupation has to do with the root of all envy: money. A cynic would dub it a doctor’s invention of a disease that doesn’t exist, but, not being of a cynical persuasion, I will not go that far. The three-card-monte con is made up by Big Pharma, the psychiatric profession, and insurance companies. One serves the other and so on. The evil doctor who created this Frankenstein monster was of course that arch pseudo Sigmund Freud, now lying in one of Dante’s deadly circles of Hell for having brought such misery to the world.

The agonies of an enslaved people, as most criminals see themselves nowadays, are chronicled daily by lefty propaganda sheets such as The New York Times, and families of perpetrators appear regularly on television extolling the criminals rather than those attempting to prevent their crimes. The embattled police, in the meantime, seem to be affected by an advanced form of Arab indifference and fatalism. I see their point. To be compared to Gestapo thugs by Hollywood and media types, not to mention black leaders, cannot be life-enhancing. If anyone qualifies for PTSD treatment it would be today’s police officers.

An experience that overwhelms the mind and elicits repetitive behavior is typical of PTSD, so don’t be surprised that so many career criminals’ mouthpieces use it as a defense. The diagnosis, of course, is correct in cases of rape and sexual abuse, not to mention violent beatings. But now “gender dysphoria” has entered the diagnosis, because without it the trans community would be unable to access insurance funding for gender reassignment surgery.

So there you have it. Mental health is being used as an excuse for the criminal behavior of our ethnic minorities, by Hollywood types, and all sorts of freaks, drug addicts, and lowlifes, while the shrinks, the insurance companies, and Big Pharma rake it in. Oh yes, I almost forgot: I once broke a pair of rackets after losing a close tennis match in a French tournament, and a man I didn’t know approached me and offered some pills to calm down. I told him to get lost. He later befriended me and I even hit some balls with him. His name was Mortimer Sackler, and his company Purdue killed 500,000 Americans with his pill Oxycontin. Uncle Sam is asleep at the wheel while mental health hustlers are running riot.