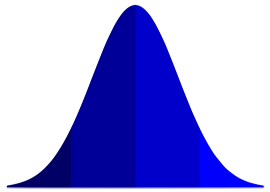 What’s the latest from the scientific frontlines in the IQ Wars?

As you’ll recall from the press, the Bad Guys are social scientists such as Arthur Jensen, Linda Gottfredson, Charles Murray, and the late Richard Herrnstein. They have all argued that there are differences in average intelligence among races and other politically fraught groups which impact their overall real-world performance. They also argue that these IQ gaps are likely to stubbornly resist complete eradication in the short and medium terms.

In a word: crimethink!

Granted, the IQ Realists’ views sound plausible. And their predictions, such as our growing college-admissions mania, have often come true. The real reason for elites’ periodic witch-burnings when some intellectual authority figure—such as Harvard President Larry Summers in 2005 or DNA structure co-discoverer James D. Watson in 2007—lets slip that he finds some of the IQ Realist case persuasive seems to be that, deep down, most suspect that The Bell Curve was on to something.

“Deep down, most suspect that The Bell Curve was on to something.”

In interesting contrast to the IQ Realist school is the IQ Ameliorist school. Seven prominent members, including Richard E. Nisbett and James Flynn, have coauthored a lengthy new paper in American Psychologist called Intelligence: New Findings and Theoretical Developments. It is a useful Greatest Hits collection of all research published since 1994’s The Bell Curve that could suggest the problems posed by current IQ inequality might not be as permanent as the Realists imply.

Yet the Ameliorists themselves are crimethinkers. Being experts, the seven Ameliorists are closer to the Realists than they are to the conventional wisdom that IQ is discredited, biased, or meaningless: “The measurement of intelligence is one of psychology’s greatest achievements.…”

The seven coauthors declare that for individuals, IQ “is a reasonably good predictor of grades at school, performance at work, and many other aspects of success in life (Gottfredson, 2004; Herrnstein & Murray, 1994).” (As the citations suggest, the Ameliorists and the Realists are generally respectful of each others’ work.)

Even more courageously, the seven Ameliorists note that IQ tests are valuable because they quantify that most career-threatening of hot buttons in American intellectual life—racial differences in intelligence—which they find both sizable and socially significant:

IQ is also important because some group differences are large and predictive of performance in many domains. Much evidence indicates that it would be difﬁcult to overcome racial disadvantage if IQ differences could not be ameliorated.