Criminal Libel in the Spaghetti Republic 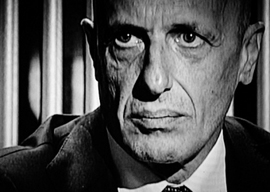 Ah, Italia! Such a great place to get your head around great art and great women, but such a shitty little country.

How else to describe a so-called free and democratic country where the police cart off a national newspaper editor to serve a 14-month sentence because of an article he published?

This happened here on Saturday to Alessandro Sallusti, the editor of one of Italy’s most important daily newspapers, when the police interrupted the morning editorial conference at its Milan office to take him away.

The 13-year-old girl and her mother had wanted the abortion but didn”t want the father to know. So in the absence of the father’s required consent, their only alternative was to get a judge’s authorization.

“In Italy, unlike in less shitty countries, defamation is a criminal offense as well as a civil matter.”

The article’s anonymous author, who was not prosecuted, had described the resultant abortion as murder, which it is according to the Pope and millions of other Italians.

The author had then said that if capital punishment existed in Italy for murder, then this case was one where those responsible”the judge, the parents, and the gynecologist”deserved it. I find it really scary that the state”i.e., a judge”can authorize 13-year-old girls to have abortions so daddy won”t find out she’s pregnant.

In Italy the author has no such right to express such an opinion, as this case so poignantly and disturbingly illustrates.

In Italy, unlike in less shitty countries, defamation is a criminal offense as well as a civil matter. Italy’s definition of defamation is highly elastic and depends on the judge’s opinion, and Italian judges are very differently abled compared to your average human being.

In a civilized country, as opposed to a politically correct spaghetti republic such as Italy, newspapers have a number of perfectly reasonable defenses against a libel suit.

These include: a statement, if in good faith and based on a reasonable belief in its truth, that turns out to be false; the expression of an opinion because opinions cannot normally be falsified; and fair comment on a matter of public interest based on the honest belief in its soundness and significance.

Clearly, the opinion piece published Sallusti published was not even defamatory by normal civilized standards, and so he should never have been sued for libel in a civil court, let alone tried for criminal libel.

It is not as if the article described the Prophet Muhammad as a pedophile, or even gays as sodomites. It merely described those responsible”including a judge”for ordering/authorizing a 13-year-old girl to have an abortion as murderers, which is exactly what the Pope thinks.

You might assume that this Sallusti guy is some kind of freedom fighter who has fallen afoul of a dictatorship.

You might also assume that Italy’s judges, who investigate, prosecute, and judge alleged crimes, are a crucial arm of this dictatorship.

And you would be right.