Critical Race Theory is a Complex — Oh, Who are We Kidding? 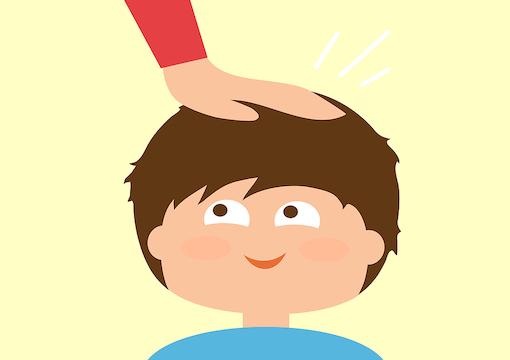 One of the unintended consequences of teachers using COVID to refuse to do their jobs in 2020 is that their students suddenly had to take classes remotely — within earshot of Dad. A mother at a fancy New York City private school told me that the wokeness curriculum was nothing new, but mothers never made a fuss about it. Then the fathers overheard their kids’ remote classes — and all hell broke loose.

Now that the teachers’ anti-white agenda has been exposed (thank you, fathers of America!), the left is spinning a series of increasingly hilarious defenses of “critical race theory,” which is just a more boring version of the left’s usual hatred of Western civilization.

Their current position is that they simply can’t discuss CRT with you because it’s too complex and can only be understood by high-level graduate students after years of study.

CNN’s Anderson Cooper: “It started in the ’70s, as I understand, in sort of academic circles, law schools.”

“Dr.” Ibram Kendi — who is a “doctor” in the same sense that Jill Biden is — explaining his position on CRT:

Oh, cut the crap. The “theory” is: Everything is based on racism.

The preposterous conceit that CRT rises above the level of a child yelling “THAT’S RACIST!” has the advantage of allowing liberals to refuse to debate it.

“The preposterous conceit that CRT rises above the level of a child yelling “THAT’S RACIST!” has the advantage of allowing liberals to refuse to debate it.”

Here’s MSNBC’s Joy Reid dismissing Christopher Rufo, a Manhattan Institute scholar, brought on her show putatively to debate CRT: “Are you like an expert in race or racial history? Are you a lawyer? Are you a legal scholar? Is that part of your background?”

How else could Rufo possibly understand a “theory” that says:

Oh my gosh, how am I ever going to master this complex theory? I thought the quantum field theory of subatomic particle forces was tough, but THIS? I guess I’ll be hitting the books tonight.

CRT is like the Monty Python sketch, “Anne Elk’s Theory on Brontosauruses”:
Anne Elk: “My theory, that belongs to me, is as follows … (throat clearing) This is how it goes … (clears throat) The next thing I’m going to say is my theory. (clears throat) Ready?”

Anne Elk: “My Theory, by A. Elk (Miss). This theory goes as follows and begins now …

“All brontosauruses are thin at one end; much, much thicker in the middle and then thin again at the far end. That is my theory, it is mine and belongs to me, and I own it and what it is, too.”

CRT advocates talk in hushed tones about where the “theory” was “invented,” like they’re describing the apple falling on Newton’s head.

In fact, CRT grew out of black student protests in the 1970s, forcing universities to hire more black professors. That’s literally how the father of critical race theory, Derrick Bell, got his job. Black students protested the lack of black professors, so Bell was given a professorship at Harvard Law School.

How’d you like to be hired by the (then) premier university in the world, not based on the excellence of your scholarship, but because of students threatening to burn the campus down? Instead of being embarrassed and hoping no one ever asked how he got his job, Bell rationalized his hiring by accusing Harvard of … well, I’d tell you, but it’s too complex for you to understand. On the other hand, I don’t know how else to convey the intricacies of this deeply intellectual theorem, except to just state it:

And thus a new academic discipline was born. (I guess all the new hires had to teach something.)

The idea that our country is steeped in white supremacy is laughable. Most of what built this country had nothing to do with race — conquering the West, the invention of electricity, the telephone, the automobile, airplanes and steamboats, bringing drinking water to Manhattan, smashing the Nazi war machine and on and on and on.

I’m sorry, Black America, but all this was happening with or without you.

Yes, slavery was an abomination, the worst thing that ever happened within the borders of the United States. But there are whole vast areas of the American economy that didn’t have anything to do with slavery.

In fact and to the contrary, the slave economy had turned the South into a backwater. If the South had won the Civil War, not only would slavery have continued, but half the country would have had a primitive third world economy.

No need to feel bad about it. The main players in America’s explosive growth weren’t women, immigrants, Hispanics or Asians, either. Somehow we got over it. On the plus side, we get to live in the best country in the world.

Jealousy and obsessive self-regard are not the stuff of an intellectual movement. The daily denunciation of white men is more akin to the tantrum of a 4-year-old.

Which, by the way, is exactly how liberals think of black Americans. If there were an international symbol for liberals, it would be one adult patting another on the head.

Otherwise, liberals would just come out and say: CRT’s not a theory! It isn’t complex, it isn’t interesting, and it isn’t true. (Also: We think you’re capable of getting a voter ID.) Instead, liberals coo to the CRT devotees, It IS your birthday every day!