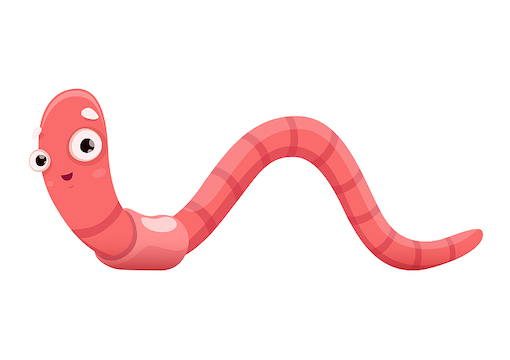 Stanford University has published, to much-deserved derision, a kind of index of prohibited words, that is to say words that could possibly cause anyone, even animals, distress. Of course, if you treat people as eggshells, eggshells is what they will become, especially if they derive some kind of benefit, financial or other, from their fragility.

The university has almost as many administrators as students, in the way that the Bolivian navy had admirals; and in the absences of any other or higher purpose, administrators do not administer, they manufacture administration. They do so both to give themselves things to do and, if possible, to create a need for even more of their kind. A director of something or other soon needs a deputy director; he or she then needs an assistant deputy director, and he or she needs a personal assistant who will soon be so overwhelmed by work that he or she will need a deputy also. And all this, of course, requires the hard work of the human resources department, to ensure that the appointed persons are demographically representative of the general population—only more so, some groups needing special protection like endangered species.

One can just imagine the very hard work, so-called, by the committee that produced the list of prohibited words—breakfast meetings, hastily snatched lunches, and so forth, all to convince them that they were engaged upon something worthwhile and important. In the modern managerial world, no distinction is drawn, alas, between activity and work.

“Words kill, or at least prevent salvation, and not to use them is the beginning of virtue.”

Animal metaphors were among the words that the committee thought should be prohibited from official communications and speech. They did not go quite so far as to say that animals could be upset by being called animals, though no doubt this will be claimed one day—I recently saw that evidence is already mounting that insects suffer (pity the poor wasps that get stuck in our jam!).

But the danger of the use of animal metaphors, according to the language purifiers of Stanford, is that disdainful expressions might, or will, result in cruel behavior toward animals. First you exclaim “You dog!” then you go and beat a dog. You call someone catty and then put a cat in the washing machine, that kind of thing.

No policy is without its difficulties or ambiguities. Take the expression fascist hyena: Is this demeaning of fascists or hyenas? Neither have very good reputations, though I have seen claims that hyenas can make good pets (unlike fascists), and in Africa I saw tame hyenas used for entertainment purposes. They still struck me as ugly beasts, if one is allowed still to use the word beast with all its beastly connotations, but let us not forget that beauty and ugliness are socially constructed, and I have been persuaded or indoctrinated by social forces to consider the slavering of hyenas to be unattractive. With proper training, my attitude could change, and I could learn a proper respect for hyenas, or even to love them. No such effort is required in the case of fascists, I need hardly add. They are fair game, if game is still a permitted term, it having the connotation of rich men shooting at defenseless little birds or nice furry animals for fun.

When one thinks of it, there are many animal metaphors that, in these times of environmental degradation and even ecocide, should be expunged from our vocabulary, and thereby from our thoughts. Let us take the word cuckoo as an example.

The cuckoo is mentioned in of one of the earliest poems in the English language, at least in many anthologies of English poetry through the ages, dating from the 13th century:

But numbers of cuckoos are declining very fast in Europe, thanks to intensive farming and the use of pesticides. Cuckoos parasitize other species of birds by laying their eggs in their nests, after which the wicked cuckoo fledglings throw the eggs or fledglings of their hosts out of the nests to their death. But since the birds parasitized by the cuckoos are declining in numbers because they feed on the insects that the pesticides kill, the cuckoo is itself fast disappearing.

To say of someone that he is cuckoo is hardly flattering; it means that he is mad in a way that excites no sympathy and that is really his own fault. A cuckoo in the nest means a person who takes advantage of his position as a member of some kind of human group to advance himself at the expense of others in the group.

Surely these expressions should now be avoided in view of the existential threat to cuckoos. They are only words, you say? But their negative connotations mean that concern for the decline of cuckoos is much reduced. Why should anyone worry over the decline of the mad or the wicked? Thanks to these expressions, no one will concern himself over the protection of this bird the sound of whose call (it cannot really be called a song) has rejoiced the hearts of everyone in Europe for centuries.

Words kill, then, or at least prevent salvation, and not to use them is the beginning of virtue.

The case of the cuckoo is far from unique, in fact it is more typical than unique. Take the word worm as another example; another insult when applied to a person. (Bertrand Russell thought that he was a worm by comparison with Mozart, a rare instance of someone applying the term to himself.)

It is obvious that to call someone a worm is to disregard the vital part that worms play in our lives. All flesh is grass, and without worms to process the earth there would be no grass. All flesh is worms, then, and it is the sheerest hypocrisy not to recognize it. As usual, Shakespeare had it right:

A man may fish with a worm that hath eat of a king, and eat of the fish that hath fed of that worm.

Therefore, the next time you call someone a worm, remember that you are complimenting him. Better still, do not use the word at all.