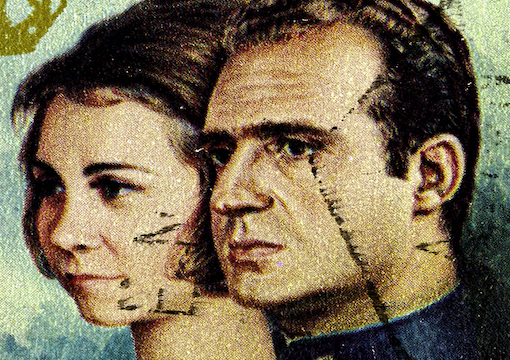 GSTAAD—The jokes about keeping a mistress are old and I’ve yet to hear a truly funny one: “The difference between a wife and a mistress is like day and night,” “She’s been kept so often she was recently declared a playground area,” and so on. Like many other very good things, mistresses have gone out of style, what with equality between the sexes where salaries are concerned being one of the main reasons for their demise. History tells us a lot about great men who had mistresses, which most great men did. Beauty and physical attributes aside, the most important quality for a kept woman was her discretion, with a capital D.

Which brings me to the downfall of ex–King Juan Carlos of Spain, whose wife Queen Sofia I count as a very good friend. I first met him before he had become head of state in waiting by Franco. He was a polite young man and we hung out together during the Monte Carlo tennis tournament with Manolo Santana and Nicola Pietrangeli. He very politely reprimanded me when I called him Juanito instead of your highness in front of Manolo and Nicola, and they seemed confused. When I next met him he was counting the days as Franco lay dying in Madrid. Princess Sofia and I had a quarrel of sorts when I defended the Greek colonels who had been condemned to death that morning—we were on a boat off Majorca—and she took umbrage. There were some beauties on board the Atlantis on that particular cruise—1975—and Juan Carlos had a very roving eye, but he was very sweet to Sofia. We all know the rest: Having learned from his brother-in-law, King Constantine of Greece, that a king does not compromise where the constitution is concerned, he resisted the Spanish military’s coup and became a hero overnight, uniting Spanish political factions in the process.

“The most immoral thing a mistress can do is spill the beans and keep money that isn’t hers.”

Then the roving eye took over. Please don’t get me wrong. It is as unlikely for me to condemn a womanizer as it is for The New York Times or The New Yorker to give an unfavorable review to anything written by a black transgender female. What Juan Carlos did that was unacceptable was to be unkind to his wife, a person who is the closest thing to a saint and who has never set a foot wrong, ever. After numerous mistresses, one whom I know well and find wonderful, he met his Waterloo (pardon the cliché) in Corinna Larsen, who married a much younger man who is not very shifty upstairs in order to legally call herself Princess Sayn-Wittgenstein.

So far so bad, and it gets worse. As I said before, discretion is what makes for a great mistress. M, who was Juan Carlos’ mistress for a long time, hardly acknowledges the fact that she knows him. She wears a modest diamond ring, and when I told her I would double it in size because he was a cheapskate, she played dumb and charmingly told me it was a gift from her father. La Corinna I met once, at Pepe Fanjul’s dinner for her in New York—he’s Juan Carlos’ best buddy—and I must admit she’s got what it takes. She looked at me when introduced and asked how long I was staying in the Bagel. “As long as it takes,” I answered, leering. She gave me one of those smiles Hollywood gals practice for hours to develop and never do.

She sure was alluring, and I’m certain she is more alluring when unencumbered by couture, but to give her one’s banking secrets one must have the mind of a kamikaze. The Spanish royal family, like the Greek one, is poor, and the ruling Saudis—who are as royal as my jockstrap—were eager to be associated with him as fellow royal cousins. They were the first to gift millions to Juan Carlos, and from then on the give-and-take got out of hand. Nobody ever wins when dealing with those desert savages, and Juan Carlos was no exception. He was compromised in his dealings with them, and worse, he opened up to Corinna about what he was doing.

Now, as I said before, the more indiscreet a mistress in bed, the more discretion is required once out of it. La Wittgenstein turned nasty once the ex-king refused to turn over all the cash. (He gave her 65 million big ones.) In the meantime he was hardly speaking to his wife, treating her as a nonperson. All these negatives piled up due to his arrogance. Did he really believe that Corinna loved him rather than the cash he provided? Or the cachet he provided by being king? I’ve always preferred sweet young things, but my two mistresses after I turned 60 both ended up multimillionaires. No, it wasn’t my cash—although I spent plenty on them—but through marriage to unsuspecting suitors. I even attended one of the weddings.

Juan Carlos is the perfect example of what not to do. You never open up to a mistress, but always to a wife. You pick a mistress for sex but also for discretion. Gianni Agnelli of Fiat fame had so many, yet not one of them ever spoke to a reporter. Preferably you pick a mistress whose family has taught her good manners along with morality. The most immoral thing a mistress can do is spill the beans and keep money that isn’t hers, and Corinna is now working for Albert of Monaco. I wonder which one of the two will sing first.