Curse of the Ghetto Golems 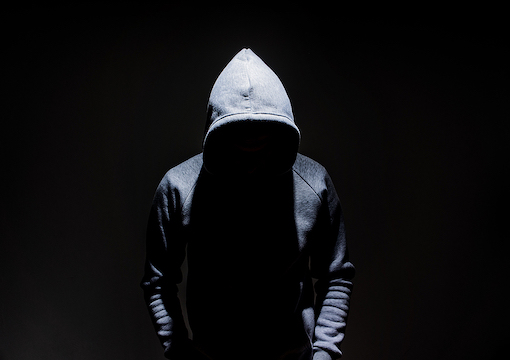 Golem tales always follow the same template: A Jew builds a monster of clay to destroy his enemies, but in the end the golem turns on its creator.

In 2019, in a piece that generated unintended national controversy, I wrote about immigrant golems. This week, I’ll examine the homegrown ones.

George Soros is a golem creator extraordinaire. An atheist Jew who fancies neither Israel nor communism, Soros defies the easy anti-Jewish conspiracy theory stereotypes. But in fact Soros is not difficult to understand. He’s defined by his youth in WWII Hungary, watching with pride as his attorney father outsmarted the Nazis, keeping his family out of the camps and providing forged papers to keep other Jews out of the camps.

Soros frequently describes the war years as his happiest, and he’s lived a life of trying to replicate those years. He still sees himself as under occupation by gentile racists. Hungarian Jews during the war were not like Polish Jews; they weren’t impoverished and ghettoized. They were prosperous and integrated. Hence, Soros’ personal prosperity doesn’t lessen his fantasy; he doesn’t associate occupation with destitution. There’s still a Reich to defeat, and the Nazi-fighting torch has passed from father to son.

To battle his present-day (imaginary) Nazis, Soros has constructed an assembly line of black golems. He’s devoted his fortune ($32 billion just since 2017) to shielding black criminals from prosecution and incarceration. Every day in cities across the U.S., black thugs with Soros-bought immunity from consequences venture forth to murder, steal, rape, and assault.

For Soros, this is war, and every murder committed by one of his blacks is its own mini-Dresden, another blow against fascist Western Christendom.

Now, let’s compare Soros with another influential leftist Jew, one whose motivations were spelled out in a tell-all book by his daughter.

Herbert Aptheker (1915–2003) was a wealthy Brooklynite and one of the most prominent American communists of the 20th century. A friend and benefactor to Angela Davis and dozens of lesser black “revolutionaries,” Aptheker devoted his life to encouraging black militancy and pushing blacks to “burn down the system” (he even authored what could be considered the 20th-century version of the 1619 Project in an effort to encourage black radicalism).

We know what drove Aptheker, because his daughter Bettina wrote extensively about it in her autobiography:

My father rejected Judaism as a religious practice in the face of the Holocaust, detesting what he saw as the acquiescence of the Jewish people in their own destruction, and the failure of any God (Jewish or otherwise) to stop such a catastrophe…. My mother hated the Chasids. When she saw one on the street she would sputter and curse, nearly spitting in her rage. Her fury frightened me. She despised even the most reformed expressions of Jewish religion, referring to anything religious with bitter sarcasm and contempt. Zionism was unmentionable…. My father had substituted black people for Jews in his work. That is, he made black people larger than life by erasing their foibles and failures. This was to compensate for his deep shame about the way, he believed, the Jews had acted during the Holocaust.

What we have with Aptheker and Soros is “the same but different.” Two atheist Jews, hostile to faith and unmoved by Zionism, seeking vengeance for the Holocaust, using blacks as proxy soldiers. But whereas Soros’ Holocaust origin story is one of pride (pride in his father’s accomplishments, and a desire to carry on his family’s noble Nazi-fighting heritage), Aptheker’s is one of shame (shame in the perceived failures and weaknesses of his fellow Jews).

Aptheker railed against Jewish Holocaust “collaborators.” As Bettina tells it, he despised “Jews [who] had collaborated with the Nazis,” even though that “collaboration” often involved “very complicated circumstances.” Still, “These instances of collaboration seemed to be the entirety of my father’s focus, the place of his guilt and rage.”

Soros is exactly one of those “complicated” collaborators; as a teen under Nazi occupation he masqueraded as a gentile and even assisted in confiscating the belongings of deported Jews.

Studying how Aptheker, architect of 1960s black political violence, and Soros, architect of post-2000 unconstrained black street violence, are “the same but different” is edifying. Aptheker, tormented by self-loathing (which he visited upon his daughter via beatings and sexual molestation), viewed his stock as filthy and worthless, abject failures who fell to the Nazis without resistance. In blacks, Aptheker saw fearless warriors who could fight the Nazis as Jews should’ve. Soros, on the other hand, sees his stock as good and noble, canny survivors who beat the Nazis then and will do so again now.

To Aptheker, blacks are to be idealized; the true übermenschen. To Soros, blacks are a tool, no more superior than a hammer.

Aptheker and Soros traveled different roads, albeit from the same starting point (the Holocaust) and to the same conclusion (blacks as instruments). Two golem builders, but with different blueprints. Aptheker, a doctrinaire communist, didn’t just want his black golems to wreak destruction. Sure, that was a part of it. But they were also supposed to build a Marxist utopia.

Aptheker lived to see the death of that dream. Bettina’s book details her dad’s disillusionment as his black “revolutionaries” drifted from ideological violence to common thuggery.

But surely Soros, who expects nothing of his blacks but common thuggery, must be quite satisfied with his golems. Are they not giving the creator exactly what he desires? Whereas Aptheker tried to turn blacks into disciplined political partisans armed not only with guns but with the teachings of Mao, Soros has no desire to do any Reading Rainbow bullshit. He doesn’t want to teach them, or change them. He wants to unleash what’s already inside them: “Go be your worst you, and I’ll ensure there are no consequences.”

So how can it go wrong?

Soros has recently suffered several key defeats, one of which it’s guaranteed you haven’t heard about.

We’ll start with that one.

Soros is like an online pedophile, but instead of trolling for small children he looks for useful negroes. About ten years ago, he thought he’d found a good ’un. Rev. William Barber is, well, was (we’ll get to that) president of the North Carolina NAACP (the largest chapter in the South, and the second-largest nationwide). Since 2001, Barber, a man of most generous girth (known locally as the “Round Rev”), has been saddled with a troublesome underling: Rev. Curtis Gatewood, president of the Durham branch and 2nd vice president of the North Carolina NAACP Conference of Branches. Gatewood achieved notoriety after 9/11 for essentially saying “whitey deserved to get blowed up,” and since then he’s wished death (or hosted those who wish death) upon whites, cops, Jews, Israel, Asians, Latinos, and even Obama (for not being radical enough).

The national NAACP wanted Gatewood gone, as he was saying way too many quiet parts out loud. But year after year Barber withstood the pressure to fire him. And the more Barber defied the national office, the more popular he grew at home.

This attracted Soros’ attention: an NAACP state president willing to defend a “kill whitey” maniac against the entire NAACP leadership.

A 2016 hack of Soros org documents revealed that Barber was specifically targeted by Soros for grooming. Soros put Barber on the payroll, and the two of them secretly funneled money to Gatewood’s “HK on J” subgroup (a more radical N.C. NAACP appendage).

But this year, it all came crashing down in spectacular fashion. Long story short, in between killin’ whitey, Gatewood was chasin’ booty, sexually harassing his branch’s female members. At first, Barber covered for him. But when enough “magic black girls” demanded action, the national NAACP finally had an excuse to dump both loose cannons without looking weak on the whitey question. Barber “resigned” and Gatewood was sacked. Always the rational one, Gatewood, furious at Barber for not protecting him “better,” accused Barber of financial mismanagement as state president, which led to a media investigation and the revelation that the Round Rev may have been pocketing much of the Soros lucre that was supposed to have gone to rioting.

Soros lost control of the N.C. chapter. Worse still, he realized his useful negro had played him for a chump.

That was June, the same month Soros lost his favorite minion Chesa Boudin in San Francisco. This month, Soros lost Marilyn Mosby, his Baltimore City State’s Attorney, and it looks like his handpicked Baltimore County State’s Attorney candidate Robbie Leonard is going to lose as well. On top of that, the recall of L.A. DA George Gascon looks likely to make the ballot.

Soros’ golems aren’t behaving. In N.C., Soros paid for riots. Gatewood used that money to chase skirts and Barber used it for his $3,000-a-day BBQ ribs habit. Soros chose Mosby to rain more death and disorder upon Baltimore (if that’s even possible), but she spent her days skimming (for which she’s been federally indicted). Soros poured millions into BLM and what did he get? A bunch of LaQueenies buying mansions with their baby-daddies.

Ironically, post-Floyd riot fervor was lessened, not furthered, by Soros’ money (and the money from all the other gullible leftists who donated in 2020). The gravy train distracted BLM leadership from actual activism. Remember that prior to Floyd’s death, the weave-wearing heifers who came to lead BLM were busting up fast food joints because they fries be cold.

Soros thought he could throw money at that trash and get disciplined partisans in return.

Okay, but what about Boudin, Gascon, and Leonard, who aren’t black? There’s no money malfeasance there. They did exactly as ordered, using black criminals to sow mayhem.

Yeah, too much mayhem. Whereas the “ideological” black golems took the money and ran, the thuggish black golems were incapable of showing restraint once incarceration was taken off the table. Too many murders, too many assaults. If Soros thought he could rely on his golems to go slow enough to avoid backlash, he was wrong. L.A., S.F., and Baltimore will tolerate a lot from blacks; when you alienate those cities, you know your golems have gone too far.

Soros is a dinosaur, as was Aptheker. Jews with vendettas rooted in the Holocaust and romanticized visions of using blacks as proxies like it’s 1955 when black leftists were deferential and the most radical thing you could call them was equal. Now that every black has to be called “magic” and “brilliant,” and now that blacks have had a taste of “progressive prosecution,” decarceration, defunded and defanged police, and zero-consequence rioting, the ghetto golems have become uncontrollable.

In Jewish literature, that’s always where the story ends.

Now, in real life, we get to see what comes next.