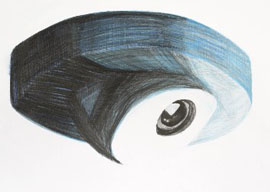 The perverse coupling of surveillance and exhibitionism forms a cornerstone of American technocracy. Most Americans, be they liberals or libertarians, are unnerved by government agents, corporate data-miners, or high-tech Peeping Toms probing their personal details. And yet invasive, weirdly intimate technologies multiply like digital cockroaches, all but devouring the expectation of privacy taken for granted only a generation ago. Progress is simply too en vogue to resist.

Reality television brings a glamorous air to perpetual surveillance. The genre has enjoyed immense popularity over the last decade”comprising nearly a fifth of new broadcast programs this season”with cameramen poking into American life’s every facet. From moneyed luxury’s heights to the working-class struggle’s dregs, everyone’s in line for their 15 minutes of fame.

Consequently, the art of living on film is continually refined. But the recent success of TLC’s Sister Wives sounds an ominous warning as to who may be watching behind the camera’s prying eye. Immediately after the show’s premiere”which revealed a renegade Mormon polygamist’s fecund lifestyle”Utah authorities launched an investigation on Kody Brown and his four wives, with bigamy charges pending.

The risk of one’s private life going public is all-too-familiar to celebrities and politicians, but these days everyone gets their chance to shine in the searchlight. Social networks, YouTube, Twitter, and the blogosphere have captured and amplified a narcissistic culture of exhibition. Driven by Mark Zuckerberg’s philosophy that “a world that’s more open and connected is a better world,” Facebook now claims over 500 million users”making it the world’s third most-populous “nation.” In less than two decades, it became normal to display one’s personal details online”from romantic relationships and family photos to political affiliation and business activities. Even if you choose not to have your personality digitized, chances are that someone you know will do it for you. AVG Security estimates that 92% of American babies have their picture on the Internet. Anonymity is practically dead, with a Facebook memorial in the online graveyard.

Aside from being a smorgasbord for typical stalkers”and be honest, who hasn’t gone profile-trolling?”social networking also has market analysts and government agents licking their chops. It has become a common practice for law-enforcement agencies”from the Boston PD to the Department of Homeland Security”to “friend” suspect individuals and monitor their posts. If investigators want to dig deeper, our electronic communications” trusted stewards”AT&T, Google, Yahoo!, Verizon, etc.”regularly provide access to private communications under the Patriot Act. On the corporate end, The Wall Street Journal recently examined the unethical activities of Web-based “listening services” that scrape forums for biographical information”including sensitive medical issues such as HIV, depression, and impotence”to craft more effective marketing techniques apparently geared toward human frailties. Illicit scraping aside, the practice of selling a client’s “anonymized” personal information is now routine. Inquiring minds want to know, and they know whom to ask.

“Just as the religious man learns to accept the fact that God watches his every move, so may the child of technocracy consider the Electric Eye to be a normal aspect of modern life.”

And who could blame them? For entities that depend on psychological profiling to investigate and manipulate an otherwise inscrutable population”authority figures whose sympathies rarely lie with nonconformity or dissent”the human soul’s digitization is a dream come true. Whether we pour our deepest selves into public profiles or private emails, our personal lives have become fodder for cybersharks.

Wired magazine covers a vast array of disturbing digital-surveillance projects. For instance, In-Q-Tel”the CIA’s investment arm”recently teamed up with Google to fund Recorded Futures. Like Visible Technologies before it, Recorded Futures crawls “open source” Web information”sites, blogs, news outlets, Twitter accounts, etc.”for patterns of interest. Along with monitoring current activities, Recorded Futures has the ambitious goal of predicting future behaviors based on “invisible links” between individuals and organizations. Though presumably directed toward noble goals such as combating terrorism and organized crime, the overarching scale of the analysis allows for more questionable directions. For an agency that has historically sought to infiltrate disruptive political movements and initiate disinformation campaigns, the possibilities are phenomenal. But why would Google, whose support of Obama’s tech-savvy campaign is a matter of public record, be involved? Their candid CEO, Eric Schmidt, says of his search users: “They want Google to tell them what they should be doing next.”