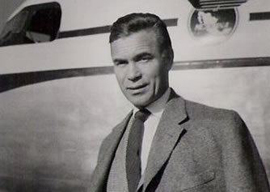 What a great week it’s been, what a great mood I’m in; it is almost like being in bed…with Georgie Wells. (Details will follow, but don’t let me mislead you—I didn’t even get to first base.) It began the day before those amber waves of grain and purple mountain majesties were celebrated, with a speech I gave before the nicest and brightest group of men you’d ever wish to meet, none of whom go to places like Gstaad or are seen in places like the Eagle Club. Afterwards my mate Tim Hanbury and I went hunting for women on Hertford Street and ended up paralytic instead.

Two hundred and 42 years ago on July 4, the Americans rose up against you-know-who, and we at The Spectator celebrated the event with our summer party. Having thought about it at length, since 1936 or so, perhaps it’s better this way: Otherwise every single Brit I know would be over there, and every single person from the Indian subcontinent and from Africa would be over here. Our party was wonderful, as always, and now resembles Europe: crowded, packed to the gills, and bursting at the sides. I took a pretty girl to Hertford Street afterwards and asked her to put her number in my mobile—yes, I use one when in London and on the boat—and she noticed a picture of yours truly with the MOMC and the two kids. “Who is that, your wife?” she inquired. “It’s the nanny,” said I, and then swallowed hard when I heard her say that my children looked rather grown-up to still have a nanny.

“I am so embarrassed I am not drinking for the rest of the year.”

Never mind. Lady Annabel Goldsmith’s garden party the next day lasted late into the night, and brought back nostalgic memories of youth, past romances and seductions, and carefree good times. I sat with Robin Birley, whose new restaurant Oswald’s on Albemarle Street is the restaurant of the year. Mark Birley’s legacy lives on, and not just with Robin, but also with Gavin Rankin, whose restaurant Bellamy’s is as pleasant a place to lunch and dine as I can think of. Birley and Rankin and forget all the rest, says Taki. It got late early, as Yogi Berra once said, and the next thing I knew I had to be back at The Spectator for the most pleasant party of the year, our readers’ afternoon tea and sandwiches party. Now, I’ve written this before, but there’s no party I enjoy more because our readers are so nice and so devoted to our weekly. And you all know who you are—David, Philip from South Africa, Henry, Madame Blanchard, I could go on. The only bad news is that my lowlife colleague and friend Jeremy Clarke has turned into Porfirio Rubirosa.

For any of you young whippersnappers who don’t know who Rubi was, he died in his Ferrari on July 6, 1965. European pepper mills were named Rubis, for a particular part of his anatomy, and he married three of the richest women in the world: Flor de Oro Trujillo, Doris Duke, and Barbara Hutton. The other two, the great actress Danielle Darrieux and Odile Rodin, he married for love. He was also a racing driver, a great polo player, a tough boxer, and Taki’s best man. Jeremy’s connection is that he is about to move in with Catriona, his lady, in her new Riviera house, hence the connection with Rubi. Good for you, Jeremy. Next thing you know he’ll be building a yacht and cruising the hot spots of the Riviera. Which means there will be two gentlemen cruising: Anthony Bamford and Jeremy Clarke.