Darling of the Judiciary 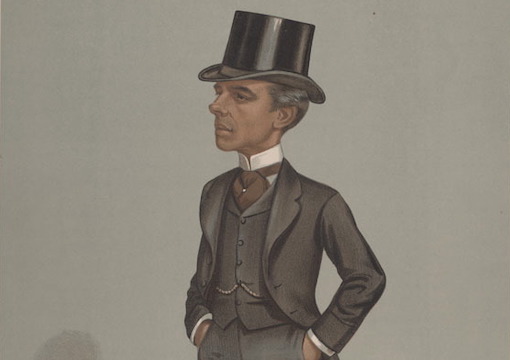 I have been in quarantine for the past nine days since my arrival in England from France. I am not sure whether this was a public health or a punitive measure, but if the latter, it certainly failed of its effect: I adore being in quarantine.

In the first place, it gives me a good excuse for my natural physical indolence. I stay in bed working until late in the morning, but when at last I do get up, at least I put on my shoes rather than my slippers, which gives me the impression that I would have gone for a long walk if I had been permitted to do so. And after all, it is the thought that counts, as everyone knows who has ever received a horrible but well-meaning present.

In the second place, it (quarantine) gives me oceans of time for reading, including books that I would not otherwise have read. Although I have now exceeded my biblical span, I still feel that I should improve each shining hour, and therefore read only what is instructive and good for my mind. No trash, nothing for the pleasure pure and simple (though pleasure, like truth, is rarely pure and never simple). I suppose this is what comes from living in a once-Protestant country.

“Darling was a small and spare man, famed for his witticisms, and the writer of little essays about lawyers and parliamentarians.”

Anyhow, what I really like reading about is British crime between, roughly, 1840 and 1950, with lives of the great judges and the great criminals, as well as the transcripts of the most sensational trials. Until the Second World War, many judges were popular and admired figures in Britain, and were cheered by crowds when they arrived in circuit towns to try a local case of, say, poisoning. The great advocates likewise were popular heroes, and indeed they were often brilliant. As cults of heroes go, this was a good one. I partake a little of it myself.

I therefore settled down comfortably and with a relatively good conscience (that is to say, an absence of feeling that I should have been doing something more constructive) to read a biography of Lord Darling, a famous judge between 1897 and 1923. He was a small and spare man, famed for his witticisms, and the writer of little essays about lawyers and parliamentarians (he sat for a time in Parliament). He presided over some famous trials, including that of Herbert Rowse Armstrong, the only solicitor ever to be hanged, who was accused of poisoning his wife with arsenic and also of having tried to poison another lawyer in the same way by lacing a scone with arsenic, which he handed to him with the memorably laconic words “Excuse fingers.” The fingers were the least of it.

Actually, Darling’s essays and witticisms fall flat today, and the biography reveals him to have been a man of (for the time) very conventional prejudices. During the First World War he was extremely xenophobic toward or about the Germans, displaying no emotional distance whatever from the current national feeling. He was something of a poet, or a versifier, and here are a few lines that he thought right to publish during the war:

Where the plaintive sea-fowls hover and scream
O’er wan faces awash in the brine,
Along the dread frontier of Germany’s dream—
Is that, then, the Hindenburg Line?

No, no! ’Tis a gulf that the Teuton divides
From mankind and from mercy divine,
Deep down in the soul where the Devil presides—
That, that is the Hindenburg Line!

The Germans were scarcely human: and we know what that kind of thought can lead to.

Darling also published (under the pseudonym of X) a letter in The Times of London, to the effect that, when a German ship was sunk, the sailors should be left to drown in the sea. For a reason that is not entirely easy to elucidate (if one believes in the rightness of torpedoing ships at all, that is), this is a deeply shocking proposal. Darling ends his letter by quoting a famous couplet from Arthur Hugh Clough’s poem “The Latest Decalogue”:

Thou shalt not kill, but need’st not strive
Officiously to keep alive.

This is shocking too, for it is in direct contradiction to the obvious original meaning of the lines. Darling, who was a cultivated and clever man, who could quote any number of Latin tags and could use quotations from the English or French poets to illustrate any point he was trying to make (he wrote bad verse in French, too), completely reversed the meaning of Clough’s lines, which were intended to criticize Victorian hypocrisy with bitter irony, as the following two examples of the new Victorian Ten Commandments illustrate beyond any possibility of doubt:

Thou shalt have one God only; who
Would be at the expense of two?

Do not adultery commit:
Advantage rarely comes of it…
And so on and so forth.

In other words, Clough clearly meant that you should do everything you could officiously (which in this case means attentively and with great care) to keep someone alive, and was opposed to what he saw as the hypocrisy of his pharisaic fellow countrymen of the time.

Of course, no discussion of medical ethics is complete without the quotation from Clough. Whether Clough was right or wrong is not the point; the fact is that his words are almost always quoted to mean precisely the opposite of what he intended them to mean. One is reminded of the foundations that very rich men leave behind them, which often are applied to purposes diametrically opposed to those of their founders. But is it not a little shocking that a judge and a literary man should be so careless?

Well, even Homer slept, and in any case there is no suggestion that Darling let his very strong private prejudices interfere with his administration of the law, in which he scrupulously tried to be fair, if (like all human beings) he was not always right. And this is a very important point that goes to the heart of the jury system (in which I believe), and indeed of human life itself, namely that people are able to abstract themselves from their prejudices in certain circumstances and deliver themselves of an opinion—for example, of guilt or innocence—according to the evidence presented. Indeed, if this were not the case, what would be the point of ratiocination at all?