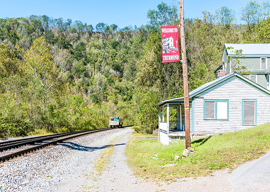 As I predicted in my two previous Taki’s columns, the Trump administration offered to Democrats an extremely moderate and generous compromise immigration package. Trump proposed a path to citizenship for 1.8 million illegal aliens in return for three sensible reforms of the immigration system: a wall, an end to chain migration (or, as it should more accurately be called, clan migration), and the elimination of Teddy Kennedy’s nitwit diversity lottery.

In response, the respectable have, predictably, gone nuts spewing racist hate. For instance, House minority leader Nancy Pelosi asserted that Trump’s compromise framework was part of his sinister plan to “make America white again.” Likewise, Jennifer Rubin of The Washington Post explained “How to fight Trump’s plan to whiten our immigration system.” The new conventional wisdom is that it would be racist for the American people to have any say in how much immigration they must endure.

David Brooks of The New York Times at least offers an argument for why he supports ethnic swamping besides just the usual “White Americans, I hate you”:

Every few years I try to write a column staking out a reasonable middle ground on immigration…. The case for restricting immigration seems superficially plausible.

For example, there are 7 billion non-Americans in the world. So if America didn’t restrict immigration, over one hundred million immigrants would quickly pour into our country. They’d keep coming until life in America became about as cruddy as in their home countries.

But that doesn’t occur to Brooks. Much as he tries, David just can’t find any good reason to restrict immigration:

And every few years I fail. That’s because when you wade into the evidence you find that the case for restricting immigration is pathetically weak.

As proof, David recommends you drive through economically depressed parts of America:

If you start in rural New England and drive down into Appalachia or across into the Upper Midwest you will be driving through county after county with few immigrants. These rural places are often 95 percent white…. They are often marked by economic stagnation, social isolation, family breakdown and high opioid addiction.

Now, you might think that the reason there aren’t many immigrants in white parts of the country that have been hard hit by globalization and other economic changes is because immigrants head for places where Americans are creating a lot of wealth at present, like Silicon Valley, and avoid places that are yesterday’s news, like the coal-mining regions of West Virginia.

“David is tired of being stuck with you Americans as his fellow citizens.”

But Brooks thinks he knows better. Instead, regional inequality is because the prosperous parts of the United States “have embraced diversity” and thus attract the immigrants who are the secret sauce of economic prosperity. In contrast, the poorer parts of America “react with defensive animosity to the immigrants who out-hustle and out-build them.”

(Of course, many non-hustling poor parts of the country are heavily nonwhite, such as the lower Rio Grande Valley. But David is not going to drive there: Mexican regions of the U.S. are boring and depressing. And nonwhite parts of the United States don’t attract many immigrants because nonwhites don’t create many jobs.)

After all, David explains, immigrants are “better versions” of Americans than you Americans who are skeptical of mass immigration:

You’d react negatively, too, if confronted with people who are better versions of what you wish you were yourself.

David is tired of being stuck with you Americans as his fellow citizens. He would like to upgrade from you outmoded Americans 1.0 to his new, improved Americans 2.0 now.

For example, several weeks ago my wife, attempting to drive cross-country in late December relying solely upon the wisdom and prudence of Google Maps, found herself in the middle of a zero-degree night on an icy dirt road in a steep holler in West Virginia. Moments later she was in a ditch.

A few hundred yards away was the one habitation on the mountainside, a double-wide trailer. She banged on their door and roused the hillbillies. The lady of the trailer set to work making them coffee from bottled water (their pipes had frozen) while her husband tried to drag my wife’s car from the ditch. After an hour, he returned to announce his truck wasn’t powerful enough. So they called some kinfolk who owned a really big truck. They showed up quickly and hauled the car back onto the road.

According to Brooks, the reason these West Virginians who rescued my wife are living in trailers is because “they tend to elect candidates who oppose immigration and diversity.”

(Poor Sen. Joe Manchin, D-WV, responded to Pelosi’s hate speech by demurring like a statesman: “We don’t need that type of rhetoric on either side, from Nancy, Paul Ryan or anybody else.”)

In contrast, richer places are rich because they are “attracting immigrants and supporting candidates who favor immigration.” And immigrants are more virtuous than you Americans:

It is a blunt fact of life that, these days, immigrants show more of these virtues than the native-born.

So, of course immigrants bring prosperity to wherever admits them, unlike those ignorant rednecks in West Virginia.

For example, The Colony on the beach in Malibu, Calif., which is home to outspoken Democrats like Barbra Streisand and Rob Reiner, is very pro-immigration, having voted 67–26 for Hillary over Trump in 2016. Malibu recently declared itself a “sanctuary city.” During the Democrats’ failed government shutdown, Reiner thundered:

Make no mistake, this shutdown boils down to one thing: RACISM. GOP frightened to death of the browning of America. They will lose this last big battle of the Civil War. Diversity is our strength.

As Brooks’ theory would predict, the residents of The Colony reap their rightful rewards for their tolerance, virtue, and opposition to borders, living in homes with an average price of $13 million, the highest in Los Angeles County.

On the other hand, as Brooks’ hypothesis would not predict, Malibu is also the whitest municipality in the huge county. And Reiner’s walled-in gated celebrity community of The Colony is even whiter.

Plus, Democratic activists like Reiner are adamant about using environmental restrictions to keep more people from moving to Malibu. Malibu’s population remains under 13,000 despite having a large fraction of the beachfront of a county of 10 million people. (Don’t let me give the impression, however, that Malibuites are totally xenophobic. Reiner, for example, sometimes offers to lease his weekend home in Malibu for six figures per month. Outsiders are welcome in Malibu as long as they are the right sort of outsiders.)

This is not to say that residents of The Colony don’t have any diversity around making them sandwiches. It just means that at the end of their shifts, most of their illegal-alien servants get on the bus and go back to where they live (in Compton, forty miles away).