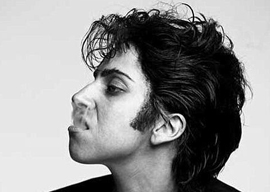 How many suicides will we blame on Lady Gaga years from now?

Hear me out: Our ruling elites insist that bullied gay teens commit suicide in greater numbers than the general population”a dubious statistic“so all children are now obliged to endure “anti-bullying” campaigns in school.

Of course, these “anti-bullying” campaigns are simply the latest, well, bullying attempts to normalize homosexual behavior and recruit youngsters into a promiscuous gay lifestyle.

Gay activists admit this, and this phony suicide “epidemic” was debunked over ten years ago, but straight “useful idiots” are in denial. And hey, decorating the classroom with rainbows is easier and more fun than teaching algebra, right?

Debunking be damned! Expert opinion only counts if it props up the gay and transsexual agenda. So what if the psychiatrist-in-chief at Johns Hopkins warns that vulnerable people are being mutilated to help advance shaky theories about “gender identity”? Who cares? Denounce the bigot!

The trouble is, even when they live and work in inclusive environments”cities where Gay Pride Day/Week/Month is granted mandatory lip service“gay adults DO commit suicide and abuse drugs and alcohol (which is suicide in slow motion) in shockingly skewed numbers.

Yet the briefest survey of the pop-culture landscape, taking in Glee and Ellen and “Chaz” Bono on Dancing with the Stars (oh my!) demonstrates that homosexuality and its offshoots have never been more tightly embraced.

Which brings us to the highly derivative and unoriginal yet/therefore hugely popular celebrity Lady Gaga.

Take 16-year-old Campbell Kenneford, who told the Daily Mail that Lady Gaga inspired him to have a sex change. Exactly how many “Campbells” are out there is impossible to know, but no doubt you”ve noticed we”re being incrementally pushed to prepare a place for a multitude of trannies.

The trouble is, sex-change “regret” is very real and occasionally fatal.