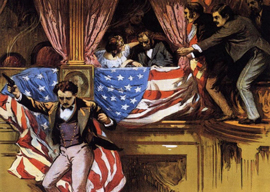 The Birth of a Nation

This was a bad summer for movies at the American box office, with total gross down 22 percent from last year. Revenue was the lowest since 2006, suggesting that the recent economic crash had artificially pumped up box office in recent years”taking in a movie is a relatively cheap night out, so movie theaters are more competitive during recessions”and thus masking the severity of the secular decline in moviegoing.

This may not be terribly relevant anymore, in an age in which American movies are seen mostly abroad and Americans see most of their movies at home. Hollywood is ecstatic that the Chinese and Russians are developing an American-style addiction to opening weekends at the multiplex. That’s why so many blockbusters these days awkwardly wedge in a scene shot for no particular reason in China, along with surprisingly non-derogatory verbal references to Russia. (It has become standard in space alien or zombie movies to please the growing Russian audience by mentioning briefly the Muscovite state’s stalwart role in fighting the super-villains.)

Still, we”re coming up on the 100th anniversary of the first American blockbuster, D.W. Griffith’s 1915 release of Birth of a Nation. All in all, it’s been a pretty good century of going to the show. Gore Vidal once remarked, “As I looked back over my life, I realized that I enjoyed nothing”not art, not sex”more than going to the movies. “

I”d like to see the outdated technology of the movie theaters survive for two reasons.

“For a couple of hours, you are stuck there in the dark, watching one story unfold.”

Buying a movie ticket remains a relatively cheap way to get out of the house.

It also is one of the best ways to escape the 21st century’s tyranny of choice. The great thing about going to the movies is that it’s a good compromise between today’s home entertainment extremes: binge watching on Netflix versus channel-surfing on cable, both of which tend to be indulged in while monitoring your social media feeds.

In the movie theater, you can”t pick up the remote control and check to see whether there’s something better on. Likewise, you are warned before each film not to check your Facebook page. For a couple of hours, you are stuck there in the dark, watching one story unfold. And then, when the two hours are over, they make you leave; you can”t decide to vegetate and watch nine more hours of old episodes.

Granted, lots of people very much enjoy binging and/or skimming. But it remains a good thing that a certain number of times per year you can pay a moderate amount of money to sit in the dark and concentrate on just one movie.

So, in the hopes of keeping movie theaters going for the rest of my life, let me offer a couple of ideas to the industry for how to make leaving the house to see a movie still appealing in the second century of this venerable custom.

First, the theatrical movie industry needs a third season besides early summer blockbusters for teenage boys and fall prestige releases for grown-ups. Before television, people went to movies year-round (especially in these dog days of late summer to enjoy the air-conditioning). Over the last four decades, Hollywood has invested heavily in marketing to make late spring and late fall synonymous with moviegoing. Yet those are actually pretty odd seasons for indoor entertainment: when the outdoors is really nice in May and June, and when you are super busy in late October through Christmas.

Since Hollywood has created those two seasons through sheer acts of will, it could create a third one: a late-winter cabin fever season from mid-February through early March, when the worst of the winter is, hopefully, over, but it’s still too cold for the outdoors. In non-Olympic years, this period between the Super Bowl and the March Madness college basketball playoffs is also the dullest period of the sports calendar.

At present the Academy Awards season drags on endlessly into late February (or even into early March during Winter Olympics years like 2014). The late date of the Oscars is a vestige of the old dilatory national rollout schedules from before Jaws. But it keeps potential audiences looking backward at old movies that, to be honest, they don”t really care much about.