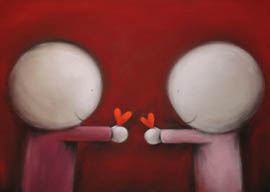 It has been a common maxim for the past few thousand years to “seize the day.”

I have never advocated this indulgent philosophy. Too often it results in giving away all one’s money, garnering either a disease or an unwanted child, and otherwise squandering in a moment what may take months or years to recoup.

Gasping breathlessly at a single day’s pleasures is like grasping at the wind. Something may be felt, but only fleetingly. On the contrary, my attitude is one of reflection and contemplation. Most of life’s missteps come from acting too rashly or from too great a focus on self.

During the first half of my life I made many (many) terrible mistakes. People were hurt to whom apologies cannot be given, largely because those souls are no longer here to receive them. These burdens can never be relieved, as there is no place to set them down.

Thankfully, the second half of my life has been quite the opposite. In many ways my earlier errors were not repeated. I’ve made mistakes, but without my prior gravity or callousness. Many times the opposite has occurred: I’ve said things and performed deeds which serendipitously aided others while saving myself from intensely bitter remorse.

“Almost anything worthwhile is unworthy of respect these days. All the old values are not so much in decline as they are in constant ridicule.”

My rather simple method of transformation was and is both facile and foolproof. Anyone can utilize it, even at lengthy intervals, and there is absolutely no detriment to the practitioner. I call it Nega Diem, or “Deny the Day.”

It begins first thing in the morning when one wakes. Under optimal conditions the process is carried out on a weekend or holiday when one’s presence is not required elsewhere. Upon consciousness, do not rise from bed. Ideally, do not open your eyes. Instead think of every relative, friend, or lover who is now deceased. Especially concentrate on words or actions you wish you had taken in regard to them. Finally, persuade yourself that everyone you currently hold dear has similarly passed away. Even better to include those toward whom you harbor animosity. Arrive at the realization that no one in existence at the moment, for good or ill, gives a solitary damn about you or your life. This cannot be a caprice; you must convince yourself of it.

Negate practical reality in favor of the morbid fantasy full of regrets and loneliness. Once you have accomplished the feat, be up and on your way.

When eventually encountering these individuals out in the world, your reaction to them should be exactly as if you had never thought to meet them again in your lifetime. You should then do or say whatever needs doing or saying.

Will there be people who prove they deserved whatever grudges have been established? Absolutely. Will there be others ungrateful of your reconciliation or expressions of appreciation? Most assuredly. But will there also be those who reciprocate and commiserate and act grateful that old wounds have been mended or long-neglected acknowledgment finally given? Astoundingly many.