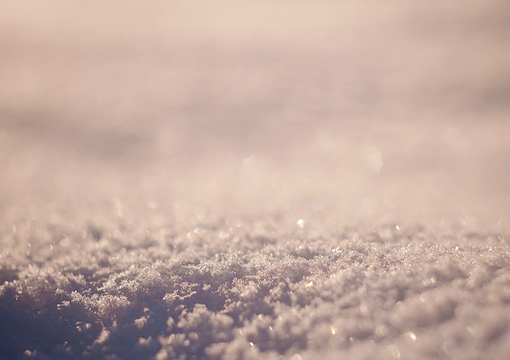 Gov. Ron DeSantis is pushing a bill through the Florida legislature to put a stop to the modern pedagogy of making little girls cry because they’re white. The bill, called “Stop the Wrongs to Our Kids and Employees Act (WOKE),” prohibits classroom instruction that contradicts these concepts:

“No race is inherently superior to another race”;

“An individual, by virtue of his or her race or sex, does not bear responsibility for actions committed in the past by other members of the same race or sex”;

“An individual should not be made to feel discomfort, guilt, anguish, or any other form of psychological distress on account of his or her race.”

The left has been having a sneer-fest over the proposed law, howling that it protects “white people” from feeling “uncomfortable.” SNOWFLAKES!

“A bill pushed by Republican Florida Gov. Ron DeSantis that would prohibit public schools and private businesses from making white people feel ‘discomfort’ when they teach students or train employees about discrimination in the nation’s past …” — The Associated Press (emphasis added)

“The right likes to talk so much about, you know, snowflakes. It seems like they may be raising snowflakes because if they think people are going to be uncomfortable by the actual facts — facts are uncomfortable.” — CNN’s Don Lemon

“Ron DeSantis and his GOP allies are pushing a bill … that would prohibit public schools [from making] white people squirm. Those poor, wittle babies.

“Their feelings are hurting. Some poor, wittle white people are uncomfortable about the hundreds of years of racism and hate that built this nation.” — Laura Washington, Chicago Sun-Times

(Saving the best for last …)

“[H]e’s trying to make it illegal, Governor Ron DeSantis, to teach history that would make white people uncomfortable. Does that law include saying you can’t make black people feel uncomfortable or indigenous people? The history of indigenous and African Americans could make one uncomfortable? Is that illegal too, or is it just white people?” — MSNBC’s Joy Ann Reid

We’re now entering the sixth decade of open, widespread, official discrimination against white people on the basis of their race. Even the Asians suing Harvard dare not stress the humungous advantage given to blacks and Hispanics. No, their beef is about white applicants getting preferential treatment over Asians.

This is odd, to say the least. According to the plaintiffs’ own expert witness, an Asian with a 25% chance of admission to Harvard would increase his chances to 36% if he were white — but to 77% if Hispanic, and to 95% if black.

Asians sure have assimilated to our culture!

Everybody’s copacetic with the idea that universities discriminate against white people — in abject defiance of the clear language of our civil rights laws. They have done so, loud and proud, at least since 1973, when Allan Bakke was rejected from the University of California, Davis, School of Medicine, because he was white.

In fact, no one under the age of 50 has ever lived in an America where universities and other elite institutions have not discriminated against whites. Three generations of hating whites are enough.

School districts around the country teach white children that they were born racist and assign books like, “Not My Idea: A Book About Whiteness,” that portrays “whiteness” as a contract with Satan.

So yes, a race-neutral law that prohibits teaching race hatred will, in practice, prohibit teaching hatred of whites because that’s the only race-hate that’s taught.

Liberals jeer at whites who object to this constant disparagement, calling them “poor, wittle babies.” Does the left have any self-awareness at all?

A 6-year-old girl is a total pussy if she can’t take a little abuse for being white — at a school her parents are paying for. But our entire country has been turned upside down for the past half-century to prevent any other race from experiencing a fleeting moment of discomfort.

Historic Confederate statues are torn down and melted; newspapers refuse to identify the race of criminals — or even show photos of the arrestees; the Oscars will not consider a movie for Best Picture that does not have 30% non-whites.

Professor Amy Wax of the University of Pennsylvania Law School is routinely threatened with suspension or firing from her tenured position for stating facts about black students’ performance. Her remarks make black people feel uncomfortable.

A few years ago, Kansas City officials were advised not to impose a curfew in response to the violent mobs of black teenagers descending on a shopping plaza because, as the black mayor said, it would “make a lot of black kids angry.” His remark inspired the title of Colin Flaherty’s book about black crime, Don’t Make the Black Kids Angry — a book that is currently banned from Amazon. It might make black people uncomfortable.

Anti-whiteness books are flooding the grade schools, but you aren’t allowed to spend your own money to purchase books on Amazon that make some people “uncomfortable.” Not only Flaherty’s book, but:

— Jared Taylor’s If We Do Nothing, as well as two books he contributed to: Race Against Time and Face to Face With Race — might make black people uncomfortable.

— The Kindle edition of the widely praised 1973 dystopian novel by French author Jean Raspail, Camp of the Saints — might make third worlders uncomfortable.

The FBI allowed the 9/11 attack to happen by blowing off an Arizona agent’s warning that a lot of Arabs were enrolled in flight school. Three thousand Americans had to die because noticing Arabs in flight school might make some people uncomfortable.

Last week, a Muslim terrorist, Malik Faisal Akram, seized a Texas synagogue and held four hostages for 10 hours. The media universally identified Akram as: “British man.” He didn’t even call himself “British”! A week later, the Anti-Defamation League’s Jonathan Greenblatt went on MSNBC and tried to suggest “Republicans” were responsible for the attack. The truth might make Muslims uncomfortable.

A virus that originated in China cannot be called anything with “China” in the name. That might make Asians uncomfortable.

Before we go, here’s another “actual fact,” as Don Lemon put it, and “facts are uncomfortable” (especially for the black Harvard grad on MSNBC who can’t read a bill): By Harvard’s own admission, nearly 60% of the black students it admits are there only because they are black.

It’s so great that liberals have finally turned against snowflakes so we can discuss “actual facts” again!