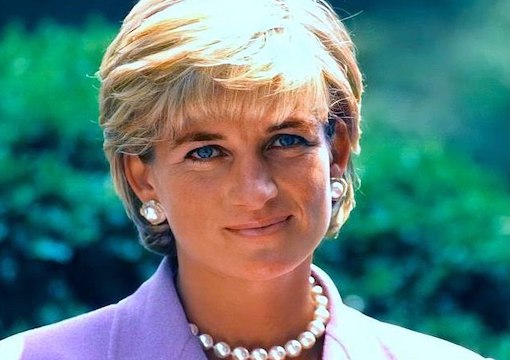 August is called the silly season by English hacks, as the Brits like to call journalists. Most people are on vacation; the days are lazy, sunny, and long; and “stop the presses” stories are rare and far between. Silly stories are awarded front-page coverage for lack of earth-shattering news items. I don’t use social media, hence I rely on good old-fashioned newspapers for keeping up with the news. I read Rupert Murdoch’s New York Post, and London’s Daily Telegraph and Daily Mail. I stopped reading The New York Times when the paper ceased objectively covering news and began reporting only on black culture.

What follows is a silly story, with its tragic denouement on the last day of the month of August—24 years ago, to be exact. Yes, you guessed it, it has to do with the death of the icon of our times, Princess Diana, mother of half-wit Harry, Meghan’s hubby, now living the Hollywood good life and hanging out with the likes of Oprah. And no, I will not bother to repeat the story of her death, one that has been covered ad nauseam by every hack who ever scribbled down two words on a typewriter or word processor. What I will recount, however, is how an unethical hack—is there any other kind nowadays?—helped bring about the awful events that took place at a Parisian underpass on that fateful August night long ago.

“It all goes to prove that hacks are not to be trusted, even when they produce bank statements to prove facts.”

As I’ve already name-dropped in these here pages, I was a friend of Diana’s, but hardly a close one. I had given a couple of dinners in her honor, basically in order for her to meet gentlemen journalists like Charles Moore, now Lord Moore, editor of The Daily Telegraph at the time, and others of his ilk like Alexander Chancellor and Dominic Lawson. She had sent me handwritten thank-you notes as a result, letters that were intercepted by my wife and daughter suspecting they were love notes, eventually returned to me when they turned out to be innocent. I checked the handwriting recently when another handwritten note publicly appeared, and they were identical.

The note I compared mine to was written by Diana to her faithful butler Paul Burrell, and in that one she predicts her early death in a car accident orchestrated by her estranged husband, Prince Charles, in order for him to marry her children’s nanny, Tiggy Legge-Burke, also stating that Camilla’s role was that of a decoy. Pretty strong stuff, and that note to her butler eventually ended up in the hands of Lord Stevens, head of Scotland Yard, who then interviewed Prince Charles concerning Diana’s assertions.

I happen not to be a fan of Prince Charles, but Diana’s epistle got everything wrong except that she did die in a car accident. Let’s take it from the top: Diana wrote to her butler in October 1995 that she would be killed on her hubby’s orders. One month later she gave the famous interview to Martin Bashir of the BBC where she claimed that her marriage was on the rocks due to his infidelity. Bashir was until then an unknown BBC hack, one I had met a few times and thought of as grubby and shifty-eyed. How could a person like him land a prize subject like Diana spilling the beans was a mystery to us all. And it would have remained as such if Di’s brother, Charles Spencer, had not gotten involved after her death.

Lord Spencer was as intrigued as the rest as to how a lowly BBC hack had landed the prized interview. So he began digging and—eureka—he discovered all sorts of bogus documents and phony checks Bashir had shown his sister while gaining her confidence. To wit, he showed the princess checks paid for by Buckingham Palace to persons unknown to harass her and drive her off the road if possible. Also papers supposedly by the secret service guarding Prince Charles about Diana’s children’s nanny. In other words, there was a plot to get rid of her by the Palace, and here was her chance to give her side of the story before the you-know-what hit the fan. Diana fell for it and embarrassed herself and the royal family in that infamous interview. Hence also the note to her butler that she would most likely end up dead in a car crash.

But it was all based on lies invented by the BBC hack, lies that Diana believed until the end. Once found out by Charles Spencer, Bashir admitted that he had made it all up. The BBC “punished” him by naming him as the corporation’s religious correspondent. After recent protests Bashir has taken a leave of absence due to “ill health.” Diana went to her death thinking the royals were out to get her. They were not. She ended up with a sleazy type like Dodi Fayed partly as revenge against the Palace. Prince Charles married Camilla and never had an affair with nanny Tiggy. Handwriting experts confirmed the note Diana sent her butler was genuine. It all goes to prove that hacks are not to be trusted, even when they produce bank statements to prove facts. But don’t worry about Martin Bashir. I am sure he is a perfect fit for The Washington Post or The New York Times, papers that will go to further lengths than the BBC to prove a falsehood true.