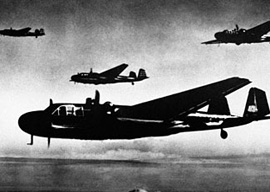 On Dec. 8, 1941, Franklin Roosevelt took the rostrum before a joint session of Congress to ask for a declaration of war on Japan.

Said ex-President Herbert Hoover, Republican statesman of the day, “We have only one job to do now, and that is to defeat Japan.”

But to friends, “the Chief” sent another message: “You and I know that this continuous putting pins in rattlesnakes finally got this country bit.”

Today, 70 years after Pearl Harbor, a remarkable secret history, written from 1943 to 1963, has come to light. It is Hoover’s explanation of what happened before, during and after the world war that may prove yet the death knell of the West.

Edited by historian George Nash, Freedom Betrayed: Herbert Hoover’s History of the Second World War and Its Aftermath is a searing indictment of FDR and the men around him as politicians who lied prodigiously about their desire to keep America out of war, even as they took one deliberate step after another to take us into war.

“On Sept. 29, Grew sent what Hoover describes as a “prayer” to the president not to let this chance for peace pass by.”

Yet the book is no polemic. The 50-page run-up to the war in the Pacific uses memoirs and documents from all sides to prove Hoover’s indictment. And perhaps the best way to show the power of this book is the way Hoover does it—chronologically, painstakingly, week by week.

Consider Japan’s situation in the summer of 1941. Bogged down in a four year war in China she could neither win nor end, having moved into French Indochina, Japan saw herself as near the end of her tether.

Inside the government was a powerful faction led by Prime Minister Prince Fumimaro Konoye that desperately did not want a war with the United States.

The “pro-Anglo-Saxon” camp included the navy, whose officers had fought alongside the U.S. and Royal navies in World War I, while the war party was centered on the army, Gen. Hideki Tojo and Foreign Minister Yosuke Matsuoka, a bitter anti-American.

On July 18, 1941, Konoye ousted Matsuoka, replacing him with the “pro-Anglo-Saxon” Adm. Teijiro Toyoda.

The U.S. response: On July 25, we froze all Japanese assets in the United States, ending all exports and imports, and denying Japan the oil upon which the nation and empire depended.

Stunned, Konoye still pursued his peace policy by winning secret support from the navy and army to meet FDR on the U.S. side of the Pacific to hear and respond to U.S. demands.