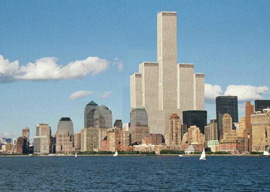 Japan’s recent combined earthquake, tsunami, and nuclear-reactor disaster has led to the usual spate of jokes across the globe. In the modern world such jokes are universal and appear very quickly after disasters, threats of disease, and celebrity deaths. There were jokes after the space-shuttle crash, 9/11, Princess Diana’s death, and after Ted Kennedy killed Mary Jo Kopechne. There are jokes about serial killers, airplane accidents, swine flu, AIDS, and terrorism. Jokes often get recycled from one disaster to another. The latest outburst can draw on the earlier wave of Indonesian tsunami jokes, previous bons mots about earthquakes in Mexico and New Zealand, and old one-liners about the Chernobyl nuclear disaster.

Why did the Japanese bloke fall off his bike? He was hit by a whale.

Today an elderly Japanese couple asked me to take a picture of them. When I said “Wave,” they ran like hell.

“What is stupid is that the politically correct seek a world where such jokes do not exist.”

Apple are releasing a new device in Japan: the iPaddle.

Can we start making jokes, or is it too tsunami?

It is not entirely surprising that celebrities telling such tasteless jokes in public have been censured. What is stupid is that the politically correct seek a world where such jokes do not exist. Just as stupid are their attempts to explain the very existence of each new joke cycle in terms of the presumably sinister motives, feelings, and personalities of the individual joke-tellers. Today the jokes are said to express hostility to the Japanese. But did the wave of space-shuttle jokes after the Challenger crash express hostility to astronauts? Are the current Australian jokes about New Zealand’s recent earthquake an expression of hostility to a close neighbor?

More Kiwis (New Zealanders) have been buried alive than at any time since Gallipoli.

Why aren”t New Zealanders upset at their earthquake? Because all the sheep are vibrating.