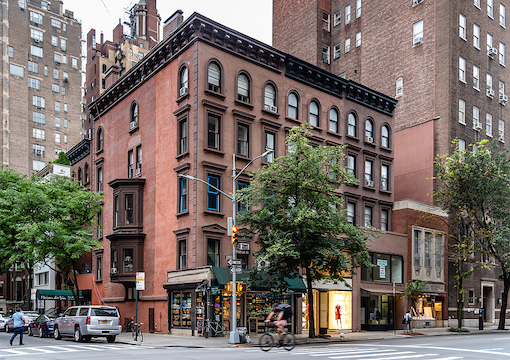 NEW YORK—Who was it who first coined the expression “It ain’t over until the fat lady sings?” The great Yogi Berra got credit for it, but what he really said was “It ain’t over till it’s over.” Well, I think it is all over, although it’s going to be dragged out by The Donald, who never knows when to stop. But as Roger Kimball writes in American Greatness, the fix was in; that’s why the man who lived in a basement remained in the basement while Trump flew maniacally all over the country rallying the troops. Apparently the cheating was industrial-scale, and we’ll know the final outcome most likely in December. Still, The Donald’s chances of remaining in the Big White Place “no look so good no more,” as they say here in the Bagel.

Over on the Upper East Side, where the poor little Greek boy resides, the dearth of preternaturally smooth-complexioned babes is as obvious as the masks worn by women who have stayed behind because they cannot afford a house in the Hamptons. The so-called beautiful people who first fled the town last March have stayed away, surrendering the Bagel to those huddled masses the Statue of Liberty plaque welcomes. Dining outdoors at a chic restaurant last week, the crowd looked almost glamorous. I said almost. Darkness does wonders, obscuring age lines, blemishes, and crappy unfeminine clothes, but then there are the voices. Some American women’s voices are to femininity what gangsta rap is to Mozart. It’s a high-pitched shriek, like a hyena being strangled, although I’ve never heard such a sound in Africa, but have heard it time and again right here in America. The #MeToo movement has exacerbated the problem. Something needs to be done and quick, and it’s no surprise so many American men need shrinks and are overweight. Living with such women takes its toll.

“Some American women’s voices are to femininity what gangsta rap is to Mozart.”

It was never like this in the past. As a student I remember enchanting young women like Bonnie Richardson in Palm Beach, Mary-Blair Scott and Ellen Hurst in Charlottesville, and tens of others in Paris—oh how I suffer, how I suffer. Job wouldn’t trade places with me. Les Girls back then were feminine, and there’s nothing that makes a woman more attractive than femininity. There are still plenty of feminine lassies around, and one of them I’m particularly sweet on works on the bookish side of the Telegraph newspaper. She’s named after an ancient Greek priestess whom Zeus fell in love with and turned into a heifer to protect her from Hera’s jealousy. That old lecher Zeus had great taste in women, and Io was eventually restored into a woman and even got to visit Prometheus. Aeschylus wrote a play about her, Tim Hanbury drinks Stella Artois nonstop as he lusts after her, as do I, and the last thing she sounds like is a hyena being strangled.

Feminine women can be feisty, indomitable, and tomboyish, the latter adding to, not detracting from, their allure. Spouting frothy verbiage, swear words, and bombast is not feminine, and a voice that grates ruins an otherwise beautiful face. One of the horrors of modern life is hearing an attractive young woman “effing” this and “effing” that and saying “like” before every word. I remember once in Paris long ago having followed a beautiful young girl who was dressed to the nines to a Place Vendôme jewelry shop. She looked at a bracelet but couldn’t decide. I approached and offered to buy it for her. She gave me the sweetest almost angelic smile but refused. Her voice was to die for. A couple of weeks later I met her at a party. She remembered. Her name was Veronique de Pardieu. Later on she got sick and had a sad end.

Beautiful feminine women are always ladies, whether to the manor born or not. The simple emotion of longing surges through one with memories of girls in their summer dresses, as Irwin Shaw’s beautiful short story called them. Now romance is dead because “straightness is the most misunderstood sexual orientation of all.” Yes, you guessed right, this crap was published in the Bagel Times under the heading Sexuality and Romance. (I knew it would come to this, it was only a matter of time before they came after us.) One Jane Ward has written an opus on the “Tragedy of Heterosexuality”; another, Angela Chen, writes that “asexuality as a sexual orientation is rarely properly acknowledged in society” (I should hope not); finally, yet another lady, by the name of Francesca Beauman, wrote a whole book that tells us that “reading has always been the safer form of sex,” and “desire is often wanting what you shouldn’t; hoping for more than you can get.”

I’ll say! I’ve always wanted more than I could get, and I do find reading less of a struggle than sex. (Books don’t knee one in the groin.) And I’ll let you in on a little secret: As Ward suggests, heterosexuality is about to be rescued from its unearned hegemony in our shared cultural imagination. It’s eggheads and female eggheads who will accomplish this. I am not at all sophisticated in such matters, so I suppose that means no more missionary position. I’m sure that Francesca, Angela, and Jane are nice women who perhaps overthink sex. And the way we’re going, Francesca’s prediction that “we all end up having a relationship with the computer itself” will probably come true.